Future is the Same Artist as Always, It’s His Listeners That Have Changed 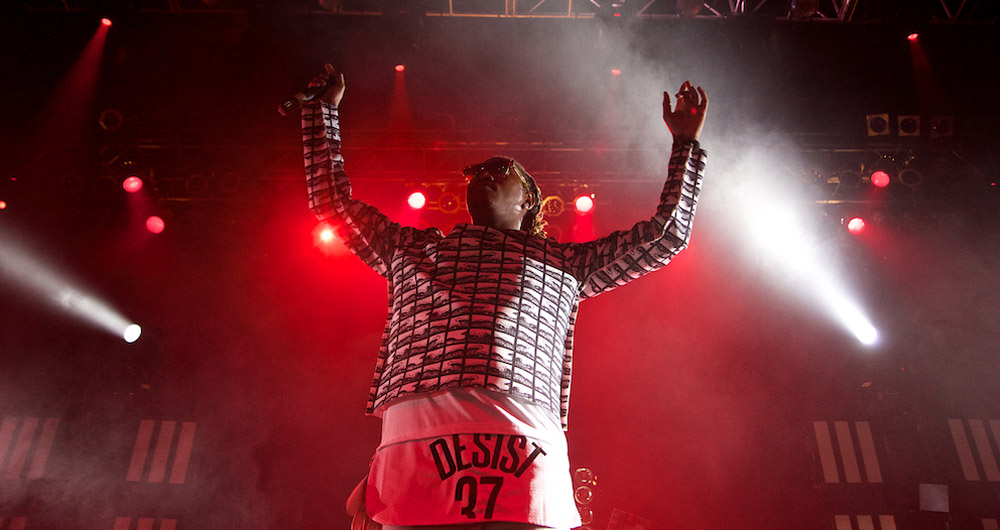 Admittedly, it took me a little while to “get” Future. My introduction to the Atlanta-bred rapper/singer/songwriter came with his 2011 single, “Tony Montana,” and though I may have been intrigued, I was far from sold as a fan. The song’s concept was simple, the hook was repetitive, and Future’s near-screaming vocals over the booming production made for an almost uncomfortably intense listening experience. But while I didn’t particularly enjoy it, I also didn’t fully look away. Future had something—even if I couldn’t put my finger on what exactly it was—and he certainly had people talking.

Fast forward to Wednesday night at Boston’s House of Blues. Future, on the 12th stop of his “Honest” Tour, is onstage in front of 2,500—lights flashing, floor shaking, and somewhere in the crowd, me alongside three friends belting out, “Tony Montana, Tony Montana, Tony Montana, I’m about to cop the Porsche, Tony Montana,” from the top of my lungs. And it wasn’t just that song. I knew the words to just about everything.

Future performed for over an hour—rattling off hit after hit with few breaks in between—and had seemingly everyone in attendance in the palm of his hand until his very last note. The setlist ranged from the incomparably motivational “Chosen One” to chart-riding ballads “Turn On The Lights” and the Kanye West-assisted “I Won” to his latest hit, “Move That Dope.” He played cuts off “Pluto,” “FBG: The Movie,” and of course, “Honest,” which hit stores nationwide in April.

The energy was through the roof from start to finish, and what made the show particularly special was that the electric atmosphere was fueled by nothing but the music. That seems like a given, but in a world where theatrics play a significant role in live performance, seeing fans turn out for the most basic reason—to see their favorite songs performed live—is refreshing.

At some point between my discovery of “Tony Montana” in 2011 and last night, it’s clear that a major shift occurred. I didn’t know how to feel about Future then, but now I’m a full-fledged fan. And even more importantly, I have a genuine appreciation for him as an artist. So what happened? Did he change? Did I? Or somewhere along the way did I put my finger on that one missing piece between misunderstanding and fanhood?

It’s clear that Future is the same person he was three years. He’s certainly evolved as an artist, but the crux of his music hasn’t changed. He’s always been an emotive hitmaker with a distinct voice, a golden aura, and a penchant for ignorance juxtaposed with sensitivity. In short, Future is a star. But stars don’t always start off shining bright, and some fade far quicker than others. The most important thing Future has proven in the past three years—both for me personally and for his ever-growing fan base—is that anytime he churns out a hit record that some might believe could be his last, it never is. He always has more. And he’s never hesitant to mix it up.

When “Turn On The Lights” started being pushed as a single off “Pluto” in 2012, it opened an entirely new audience’s eyes to the enigma that is Future. He had already proven himself capable of crafting bangers laced with catchy hooks, but this was new territory. “Turn On The Lights” was—for lack of a better word—beautiful. Future crooned, “I wanna tell the world about you just so they can get jealous,” reminding both dudes and women everywhere that there’s someone out there for everyone. Then the top of 2013 brought the undeniable smashes “Bugatti” and “Karate Chop,” and with that, Future essentially announced he was here to stay if he hadn’t done so already.

For me, his appeal boils down to three things: consistency, versatility, and sincerity—all of which have been proven ceaselessly since my introduction to him. Whether he’s rapping about selling drugs or crooning love professions over warm synths, he does it with all his heart, and subsequently, the people feel it with all theirs. His records translate to live performance effortlessly because they’re genuine. If Future has a secret to his success, it’s his sincerity. He doesn’t need to put on a front in public. He’s soft-spoken in interviews, but that’s because he’s already spilled his soul in the booth. He’d much rather let the music tell his story. 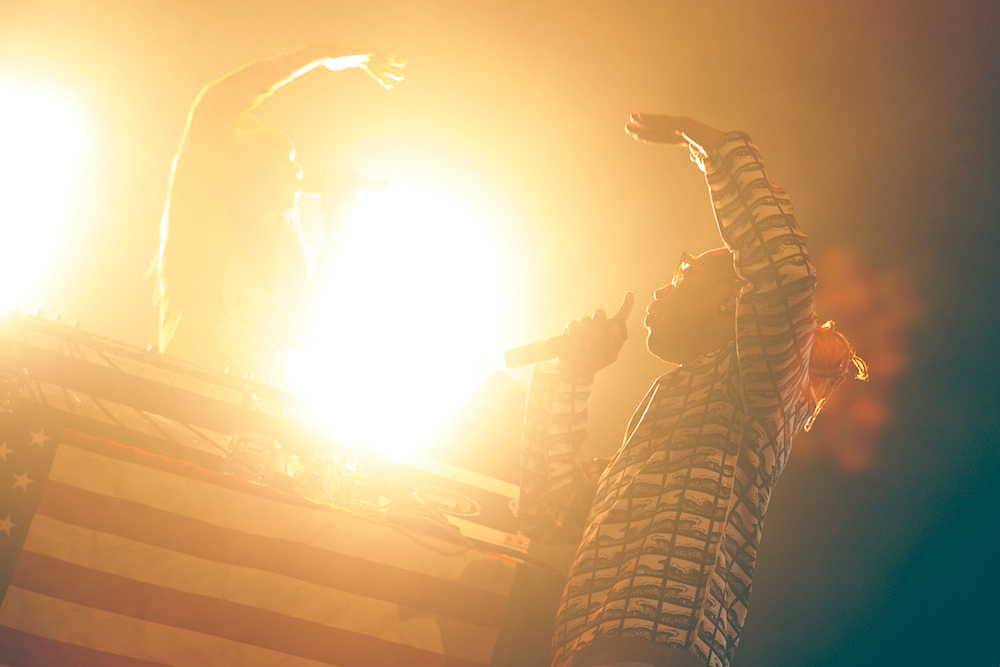 Future’s debut studio album, “Pluto,” was bold and raw. “Hones”t is… well, honest. It’s softer and more introspective in mood, a collection of songs that he explains is meant to provide listeners deeper insight into his mind. “Future Hendrix,” his forthcoming album currently in the works, is expected to be the exclamation point, the intersection of Future the rockstar and Future the soul singer, and an elevation of both.

If Future hasn’t made a fan out of you yet, don’t write him off. If there’s anything he’s taught us in the past three years, it’s that in many ways, he’s still just getting started.

[Photos by Ben Stas. Check out the full gallery from Wednesday’s House of Blues show]