‘Full House’ Is Officially Getting the Nostalgic Netflix Reboot it Deserves 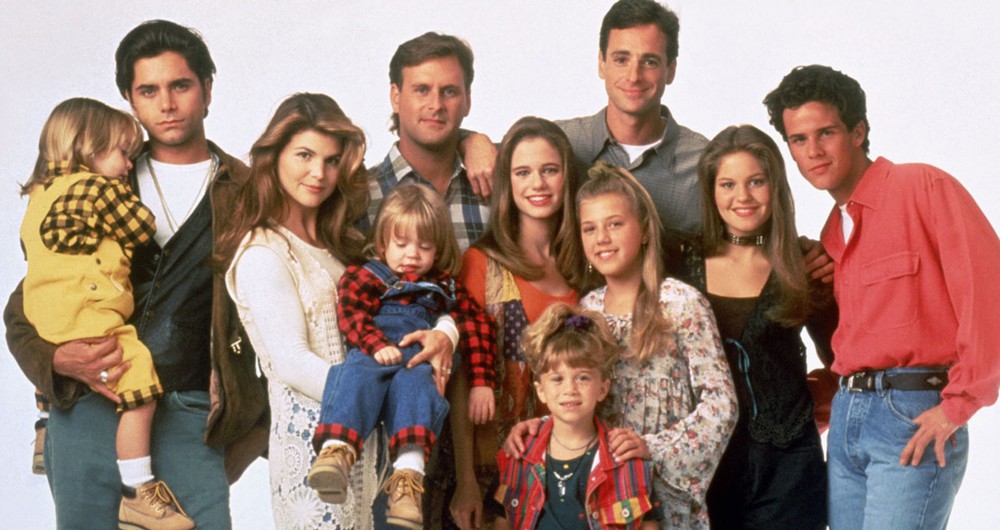 Give thanks because the rumors were true – a reboot of Full House is coming to Netflix in 2016, and it’s appropriately titled Fuller House, as announced by John Stamos on Jimmy Kimmel last night.

The show’s tongue-in-cheek title refers to the reboot’s star Candice Cameron-Bure, who plays the recently pregnant and widowed D.J. Tanner-Fuller (get it?) living in San Francisco with aspiring musician-sister Stephanie Tanner (Jodie Sweetin) and sassy single mom Kimmy Gibbler (Andrea Barber) and her two kids. Stamos himself is slotted to produce the 13-episode first season, and returning cast members like Bob Saget, Mary-Kate and Ashley Olsen, Dave Coulier, and Lori Loughlin are said to still be in talks.

Executive producers Robert L. Boyett, Thomas L. Miller, and Jeff Franklin were just as thrilled for the news to be announced, saying in a joint statement:

“The continued support of Full House fans of all ages for the last 28 years has been astounding. It is an honor and a thrill to catch up with these beloved characters and explore their lives today. The love you saw on the show was real. The cast has remained a loving family off screen all these years. We are as excited as our fans to finally bring Full House back to life.”

Between the new Pee Wee project and Fuller House, Netflix’s hold on the nostalgia market is everywhere you look.

Comedian Myq Kaplan is a comedian named Myq Kaplan. He joined me in studio this afternoon, and he’s at Laugh Boston this weekend. Click here for tickets. END_OF_DOCUMENT_TOKEN_TO_BE_REPLACED

My goodness, I love Sue Costello. It was great having her back in studio today to talk about her one-woman show, #IAmSueCostello, playing tonight at the Revere Hotel. Click here for tickets. END_OF_DOCUMENT_TOKEN_TO_BE_REPLACED

Trump Takes On…Boston! is running now through election night at Laugh Boston. David Carl was back in studio this afternoon to talk about bringing Donald Trump to the stage, the cathartic element (for both him and the audience) and how audiences have been reacting so far. END_OF_DOCUMENT_TOKEN_TO_BE_REPLACED

Trump Takes On…Boston! has arrived at Laugh Boston. I had comedian David Carl, who is portraying Trump, in studio this morning to talk about the show. END_OF_DOCUMENT_TOKEN_TO_BE_REPLACED

Lachlan Patterson made me laugh this morning. Let him make you laugh this weekend at Laugh Boston. Click here for tickets, and click “more” to hear our conversation. END_OF_DOCUMENT_TOKEN_TO_BE_REPLACED

Always a pleasure to have Boston.com’s Perry Eaton in studio for a chat. After we talked a bit about Pearl Jam at Fenway and Perry’s new podcast, he filled us in on Game of Thrones live and Narragansett’s new Bananagrams-themed brew. END_OF_DOCUMENT_TOKEN_TO_BE_REPLACED

It was great to have Alonzo Bodden back in the RadioBDC studio this morning. Don’t miss him at Laugh Boston this weekend! Click here for tickets and info, then click through to hear my interview. END_OF_DOCUMENT_TOKEN_TO_BE_REPLACED