From ‘MacGruber’ to an Oscar? Will Forte in ‘Nebraska’ 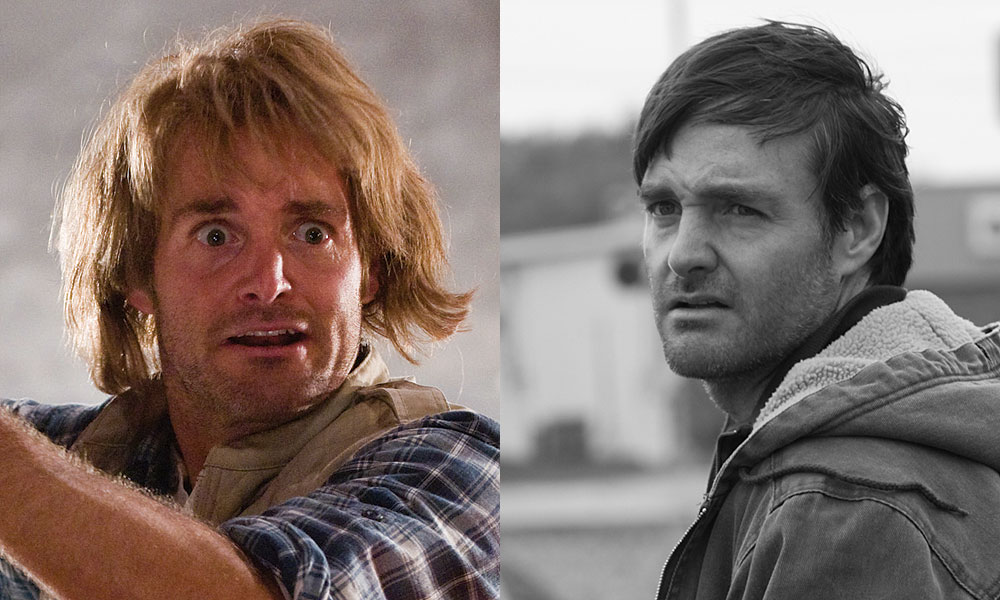 Oscar banter is hitting a fever pitch and comedic actor Will Forte is being thrown into the line-up as a possible best supporting actor nominee for his new movie. So, wait, the dude who played MacGruber on “Saturday Night Live” might be nominated for a little black-and-white film called “Nebraska”? Possibly.

“Nebraska,” from the Academy Award-winning director of “Sideways” and “The Descendants” Alexander Payne, tells the bittersweet story of a father and son’s road trip from Montana to Nebraska to claim what the father believes is his Mega Sweepstakes prize. From each group of people and their time together, the son (Forte) learns about his father (Bruce Dern) and understands him better as a person. Unlike his other films, Payne did not participate in crafting the script.

Upon its premiere at this year’s Cannes Film Festival, Dern earned the best actor award. Forte has since garnered his own praise and Oscar buzz for his dramatic role, even though he’s more famous for comedic characters like MacGruber, the “SNL” parody of “MacGyver” and its full-length film adaptation, or TBS founder Ted Turner on “Conan.” His previous work in films and TV (“Rock of Ages,” “That’s My Boy,” “Parks and Recreation,” and even his appearance with Andy Samberg as a male cheerleader in “Grown Ups 2“) doesn’t bring to mind Oscar gold — maybe a Razzie instead. But Payne reportedly liked Forte’s audition so much that he found him believable as both Dern’s son and just a regular guy, so that helped him beat out Paul Rudd, Casey Affleck, and Matthew Modine to land the role.

Despite Payne’s faith in Forte, can he really be taken seriously enough to even get an Oscar nom after his 10-year stint on “Saturday Night Live”? If Forte is nominated, he joins nine “SNL” alums who received invitations to the Oscars. Best actor nominations have gone to Robert Downey Jr. and Bill Murray, while Dan Aykroyd, Eddie Murphy, and Randy Quaid have received best supporting actor nominations. Joan Cusack racked up two nominations for best supporting actress and Kristen Wiig earned one for best original screenplay. George Coe has a best short subject producer nomination and Michael McKean rounds out this talent list with a best original song nomination. But to date, no “SNL” alum has ever won an Oscar.

So if history is any indication of success, Forte might be nominated, though chances are slim that he will actually take home a statue.

Golden Globe and Emmy nominee Benjamin Wallfisch is the composer responsible for the score of the hit movie IT. I talked to Ben about his approach to scoring the new version of this iconic story and his thoughts on film and music overall. Some very insightful commentary; listen in. END_OF_DOCUMENT_TOKEN_TO_BE_REPLACED

Rupert Gregson-Williams is an award-winning film composer. He just so happened to compose the score for this summer’s big blockbuster Wonder Woman. We talked about his beginnings in film scoring, film scores that move and inspire him and, of course, Wonder Woman. END_OF_DOCUMENT_TOKEN_TO_BE_REPLACED

Jeff Rapsis is a New England-based composer and performer. Lately, he’s been creating live musical scores for silent film screenings. I talked to him about his process and a few of his upcoming performances at The Capitol Theatre in Arlington and the Somerville Theatre. You can keep track of where else Jeff is scoring silent films here. END_OF_DOCUMENT_TOKEN_TO_BE_REPLACED

Planning on seeing Rogue One: A Star Wars Story when it opens this weekend? I joined Adam 12 to give you an idea of what to expect. But don’t worry, I didn’t give anything away. END_OF_DOCUMENT_TOKEN_TO_BE_REPLACED

No, not from afar, from the comfort of her couch. From the actual awards themselves. That’s where Meredith Goldstein was for the Oscars. She shared all the juicy, first-hand details with me. END_OF_DOCUMENT_TOKEN_TO_BE_REPLACED

To celebrate the opening of ‘The Force Awakens,’ I had some very special guests in studio to start the Thursday, December 17 edition of The Brink. Listen. END_OF_DOCUMENT_TOKEN_TO_BE_REPLACED

Watching the new Star Wars trailer a million times gave us all sorts of feels. And one of those feels was nostalgia. END_OF_DOCUMENT_TOKEN_TO_BE_REPLACED

END_OF_DOCUMENT_TOKEN_TO_BE_REPLACED

If you’ve finally finished crying over Inside Out — or Lava, the short that ran before it — Pixar is readying another assault on your tear ducts with The Good Dinosaur, if its newly released trailer is any indication. END_OF_DOCUMENT_TOKEN_TO_BE_REPLACED