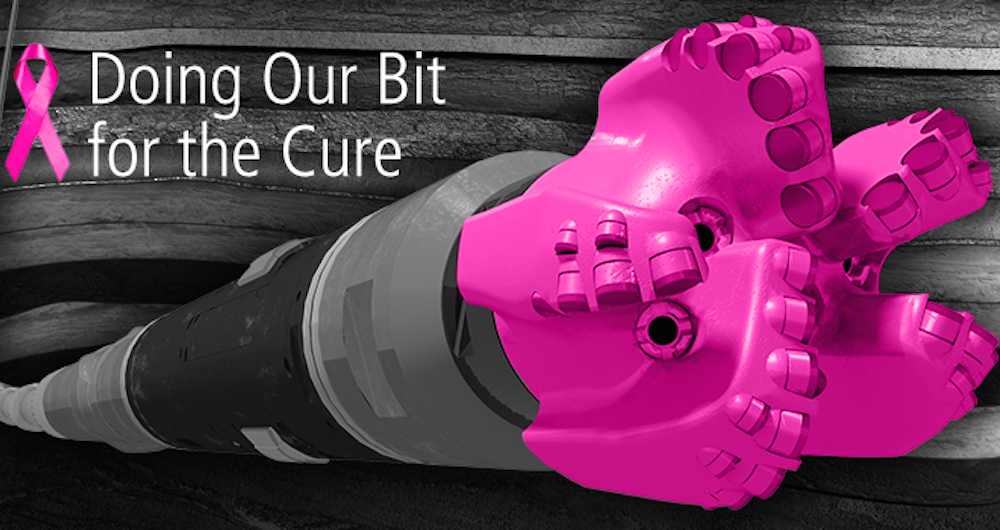 The Susan G. Komen Foundation, the non-profit with a penchant for painting everything pink in the name of breast cancer awareness, has picked an interesting partner for its latest magenta-saturated partnership: Baker Hughes, one of the largest fracking companies in the world.

For those who don’t already know, fracking (short for “hydraulic fracturing”) is a fairly new process in which a high-pressure mixture of water, sand, and chemicals are shot into dense layers of rock deep below the earth with the goal of breaking through these layers to release the oil or natural gas reserves trapped underneath.

In a press release, Baker Hughes announced its intention to “Do Our Bit For The Cure” (OMG PUNS LOL!!!) as part of their year-round partnership with Susan G. Komen. The company will also present a Komen executive with a $100,000 at Heinz Field prior to the Pittsburgh Steelers’ October 26 game, which has been dubbed a “pink-out game” by the noted women’s health advocates of the NFL. 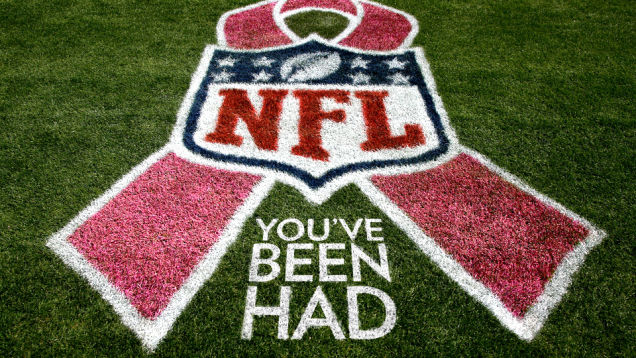 Fracking still feels like a mysterious issue — mainly because fracking companies don’t tell us a lot, preferring to drill now and face the consequences as they come — but the general scientific consensus is not a positive one, and the fact that most countries worldwide have condemned or outright banned the practice can’t be a good sign.

Despite that, Susan G. Komen still feels like an ideal partner for Baker Hughes. After all, this is the same non-profit that pulled $12 million in funding from Planned Parenthood because they hired a right-wing nutjob as a Senior VP, and partnered up with the daughter of a ruthless Uzbekistanian dictator, whose many crimes including the forced sterilization of thousands of women. Seems like both companies favor a Machiavellian approach to reaching their bottom lines.

While many have called out Davis since a video of her refusing to issue a marriage license to Rowan County residents David Moore and David Ermold went viral in July, relationship columnist and gay activist Dan Savage went a step further on MSNBC Tuesday night, saying that “this is about someone hypocritcally looking to cash in”. He added: “And she is a hypocrite.” END_OF_DOCUMENT_TOKEN_TO_BE_REPLACED

END_OF_DOCUMENT_TOKEN_TO_BE_REPLACED

David Filipov was part of the team that headed up the Boston Globe/Fox25 Olympic Debate last night. He offered his takeaways and analysis after an update on the latest exchange between Governor Baker and the USOC. All in all, our conversation does a pretty good job of getting you up-to-speed on all things Boston2024. END_OF_DOCUMENT_TOKEN_TO_BE_REPLACED

END_OF_DOCUMENT_TOKEN_TO_BE_REPLACED

I’m in my mid-twenties, and I’ve been working as a substitute teacher for the last couple years (I joined Teach for America right out of college). I know some of the girls in classes I teach have crushes on me — high schoolers aren’t very subtle — but I brush it off, because I’m not an idiot. Last week, however, I got a disturbing email from a girl in the English class I subbed for. Pictures were attached. You get the gist. What do I do about this situation? I obviously haven’t responded, but I’m afraid she might go Lifetime-movie on me. END_OF_DOCUMENT_TOKEN_TO_BE_REPLACED

Ridiculous doesn’t even begin to capture all that transpired, from the storm of emojis to the storming and barricading of Jordan’s house by a cavalcade of Clippers. END_OF_DOCUMENT_TOKEN_TO_BE_REPLACED

END_OF_DOCUMENT_TOKEN_TO_BE_REPLACED

My friend has a dog, and she’s always been kind of half-assed about caring for it. I’ll see her out at a party or a barbeque all day long, so I know the dog is home alone, and sometimes she goes out right after she finishes a shift (she’s a waitress, so that might be pretty late), without even going home to feed the dog or let it out. The other day, though, I went over to her house and realized things have crossed a line. There were piles of dog feces in a couple of corners, and the entryway rug was soaked in urine when we walked in. She laughed it off and called the dog naughty, then cleaned up the poop and basically ignored it. I’m worried about the puppy, and about my friend; what kind of person does that to an animal? Should I call animal control on her? END_OF_DOCUMENT_TOKEN_TO_BE_REPLACED