Former ‘Daily Show’ writer says he called Jon Stewart out for racial insensitivity, was told to ‘f*ck off’ 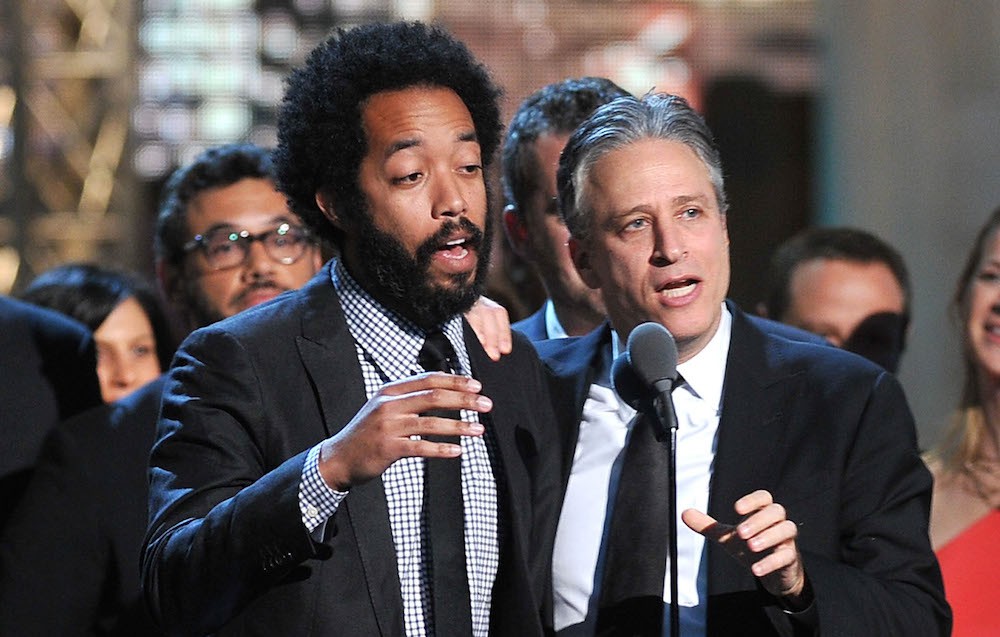 August 6 marks Jon Stewart’s final episode of The Daily Show, an event that is sure to bring back plenty of familiar faces, such as John Oliver and Stephen Colbert.

But one former correspondent may not be there: Wyatt Cenac. 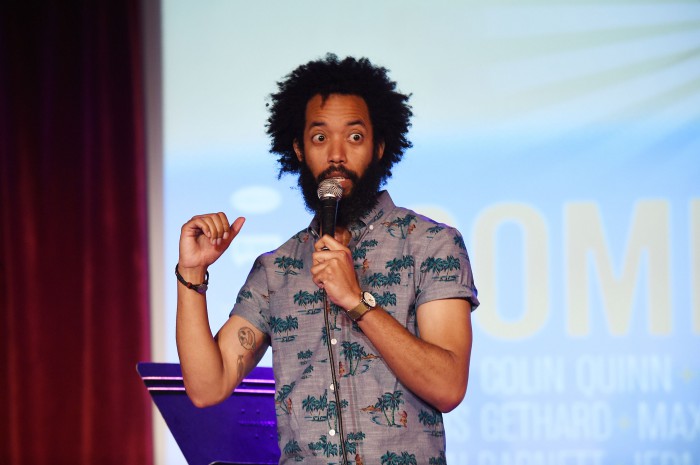 Cenac was part of The Daily Show from 2008 to 2012, working as both a writer and correspondent. But Cenac told comedian Marc Maron on his podcast that his last year on the show was miserable due to an argument he and Stewart had in which Stewart screamed at him to “f*ck off” after Cenac said Stewart’s impression of black presidential candidate Herman Cain was offensive.

It all started when Stewart did an impression of Cain on the show while Cenac was out shooting an assignment.

“I remember the way he did it, my impression… It reminded me of a Kingfish type of thing,” said Cenac, who was The Daily Show‘s only black writer during his tenure. “I don’t think it was from a malicious place, but it was from a naive, ignorant place. And it bugged me.”

Kingfish was a black character from Amos ‘n Andy, a radio and television show created by Freeman Gosden and Charles Correll, two white men who played most of the characters, including Kingfish.

After Cain appeared on Fox News saying he considered the impression racist, Stewart rallied the writer’s room for a response segment. When Cenac said he also found the impression inappropriate, Stewart allegedly lost it.

After that, the segment aired as Stewart intended: a medley of all the people Stewart has impersonated over the course of the show, including other black men such as President Obama. Cenac spent a miserable final year on the show, demoted from writer/correspondent to just correspondent.

So will Cenac be back on The Daily Show August 6? At the conclusion of Cenac’s interview with Maron, he said that he and Stewart had reconnected via email and Stewart had passed Cenac’s name to Comedy Central when they were looking for Stewart’s Daily Show replacement. But he’s still on the fence.

Regardless, Cenac said he felt obligated to voice his opinion to Stewart as the sole minority voice in the writer’s room. 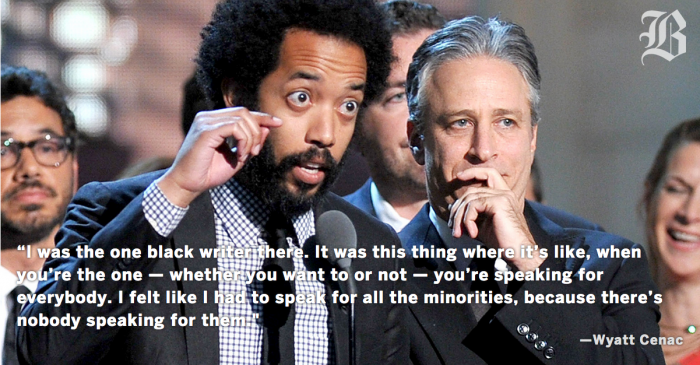 Comedian Myq Kaplan is a comedian named Myq Kaplan. He joined me in studio this afternoon, and he’s at Laugh Boston this weekend. Click here for tickets. END_OF_DOCUMENT_TOKEN_TO_BE_REPLACED

My goodness, I love Sue Costello. It was great having her back in studio today to talk about her one-woman show, #IAmSueCostello, playing tonight at the Revere Hotel. Click here for tickets. END_OF_DOCUMENT_TOKEN_TO_BE_REPLACED

Trump Takes On…Boston! is running now through election night at Laugh Boston. David Carl was back in studio this afternoon to talk about bringing Donald Trump to the stage, the cathartic element (for both him and the audience) and how audiences have been reacting so far. END_OF_DOCUMENT_TOKEN_TO_BE_REPLACED

Trump Takes On…Boston! has arrived at Laugh Boston. I had comedian David Carl, who is portraying Trump, in studio this morning to talk about the show. END_OF_DOCUMENT_TOKEN_TO_BE_REPLACED

Lachlan Patterson made me laugh this morning. Let him make you laugh this weekend at Laugh Boston. Click here for tickets, and click “more” to hear our conversation. END_OF_DOCUMENT_TOKEN_TO_BE_REPLACED

Always a pleasure to have Boston.com’s Perry Eaton in studio for a chat. After we talked a bit about Pearl Jam at Fenway and Perry’s new podcast, he filled us in on Game of Thrones live and Narragansett’s new Bananagrams-themed brew. END_OF_DOCUMENT_TOKEN_TO_BE_REPLACED

It was great to have Alonzo Bodden back in the RadioBDC studio this morning. Don’t miss him at Laugh Boston this weekend! Click here for tickets and info, then click through to hear my interview. END_OF_DOCUMENT_TOKEN_TO_BE_REPLACED