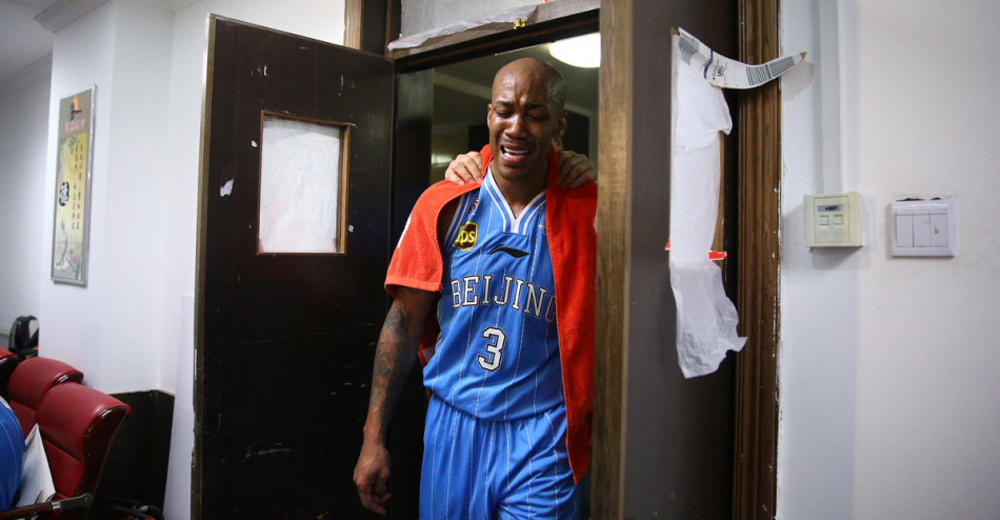 Remember that time Stephon Marbury didn’t have much going on during the Celtics offseason, so he decided to take videos of himself crying and eating vaseline? That shit was crazy. Luckily, the former NBA stud and inventor of the Starbury sneaker brand (which, to this day, I still think is genius), has given up the vaseline ingestion, but still loves a good cry.

This past weekend, Marbury, who played one season for the Celtics, led the Beijing Ducks to victory in the Chinese Basketball Association championship. Much like he did when leading the same team to the finals in 2012, Marbury reacted a bit emotionally. And by that, I mean he cried for like an hour straight.

Now, you may think that this is just crazy Stephon being crazy Stephon, but let’s look at the big picture here. Marbury isn’t just an average player in an average league, he’s huge in China. He’s got a book deal, he’s in all the magazines, and they even erected a bronze statue of him outside of the 2008 Olympic Arena. We do that type of stuff in Boston for people like Bill Russell and Red Auerbach. So before you go thinking these are bizarre DMX-style tears (if DMX has ever cried once), I’d say they’re just more emotional, Drake-style tears. Go ahead and soak it in Steph, you deserve it.

Stephon Marbury got emotional today after winning the CBA title, his second pic.twitter.com/EsSK8rNfLe

Winding down 2017 in sports. END_OF_DOCUMENT_TOKEN_TO_BE_REPLACED

Chad Finn has some thoughts. END_OF_DOCUMENT_TOKEN_TO_BE_REPLACED

Feel the heat yet? Neither do we. END_OF_DOCUMENT_TOKEN_TO_BE_REPLACED