Forecasting vs. Fear-Mongering: Why You Should Stop Using Weather.com 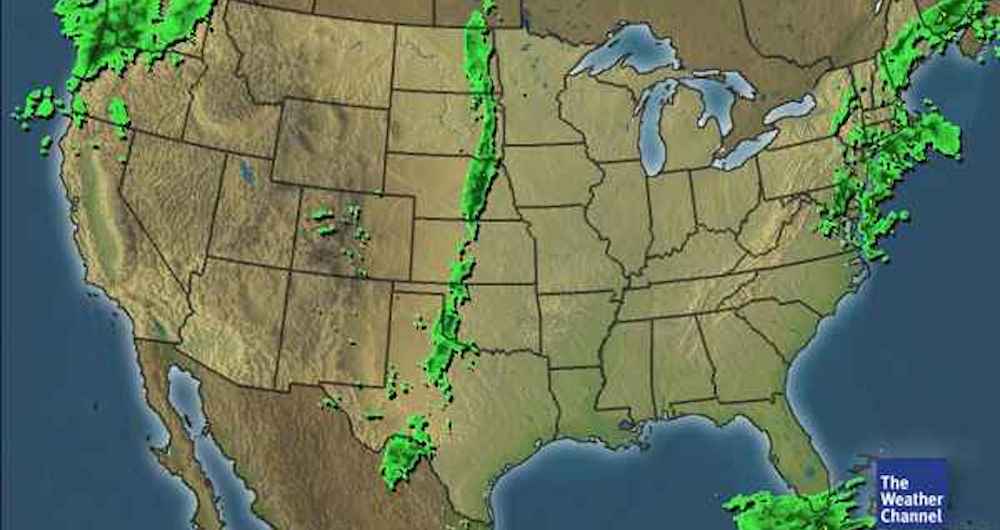 If you’ve stepped outside today in Boston you may have noticed it’s a little rainy. Windy, too. But if you lived in a bunker and only relied on Weather.com to judge outdoor conditions, you might think the apocalypse was coming.

The headline, “Nor’easter to threaten millions” is stunningly misleading. Said Nor’easter is forecast to drop one to several inches of rain in New England over the next few days.  But this is not a threatening amount of rain; rather it is a sorely needed soaking as much of this region is abnormally dry and parts are officially designated in moderate drought.

After the Post article came out, Weather.com quickly changed the tone of their coverage, editing their lead headline to “Northeast at risk for Nor’Easter?” and posting this video from meteorologist Ari Sarsalari, who had this to say:

“This BIG apocalyptic Nor’easter we’ve been talking about for the past few days is rolling in — ok, it’s not gonna be that, we haven’t been selling it like that…”

Maybe you haven’t been saying that, Ari, but the people running the website your forecasts are showcased on certainly have. Sarsalari goes on in a similarly placating tone to say that as someone from Rhode Island, he knows when people hear Nor’easter they think of major winter storms, but that technically this is still a Nor’easter, even if it’s only a couple inches of rain with wind gusts of around 25 mph. 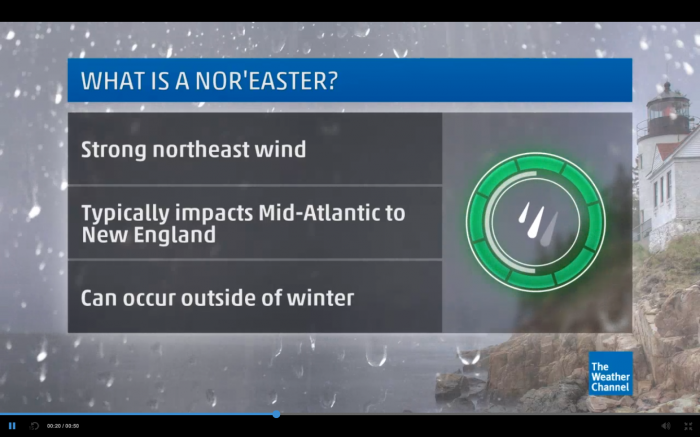 Great, Ari. I’m sure all of your readership care way more about the technicalities of what constitutes a Nor’easter than whether they need to buy sandbags to prevent flooding.

According to the aforementioned Post article, this isn’t the first time Weather.com has backed off of a ridiculous headline.

Last spring, after the National Weather Service issued its seasonal forecast calling for a near to slightly below average hurricane season, Weather.com’s headline was “NOAA Report: Hurricane Forecast May Shock You”. Weather.com’s editorial team later dialed back the headline, but only after it was called out by meteorologists on social media.

Most of this sensationalism is because of the editorial team at weather.com, who were the subject of a recent profile in Bloomberg BusinessWeek. Along with clickable headlines about the weather, the site is filled with so-called “weather adjacent” stories that most often have zero to do with the weather.

People come to his website or mobile app looking for the local forecast; it’s Katz’s job to keep them there with headlines such as “12 Spooky Abandoned Hospitals and Asylums” and “What Does Mars Smell Like?” (Answer: We don’t know yet, but NASA is trying to find out.)

According to the article, this approach has doubled the site’s traffic. Here’s today’s most popular stories on the site: 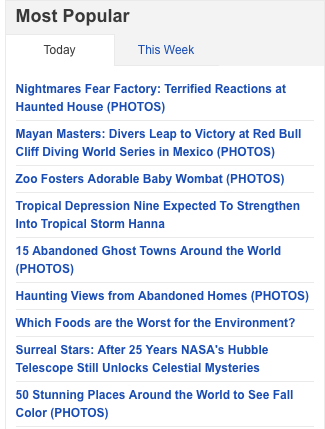 So what is the average person looking for a forecast to do? As luck would have it, finding an accurate forecast without the fear-mongering or stories about haunted houses, celebrity mansions and cities that will make you beautiful only requires changing three little letters, from Weather.com to Weather.gov.

Weather.gov is run by the National Weather Service, and features a no-nonsense layout with up-to-the-minute forecasts and listings of the active severe weather warnings in your area. It’s government-funded, so there’s no incentive to trick readers with stories about insane tornadoes or galleries of selfies at the Taj Mahal.

Joking about clickbait articles aside, Weather.com should strongly consider the welfare of its readers when choosing how to package their forecasts. Sending elderly people to the grocery store for water and non-perishable food items expecting the storm of the century is cruel and irresponsible. That’s why readers should send a message and take their quick forecast check elsewhere.

Enter to win a pair of tickets to attend The Hess Collection Seminar and Dinner as part of Boston Wine Festival 2018 at the Boston Harbor Hotel on Wednesday, March 14th. END_OF_DOCUMENT_TOKEN_TO_BE_REPLACED

Boston band Funeral Advantage is Tyler Kershaw. And Tyler Kershaw had a fun childhood, so it seems. END_OF_DOCUMENT_TOKEN_TO_BE_REPLACED

Perry put me on to daephne and the album blew my mind. END_OF_DOCUMENT_TOKEN_TO_BE_REPLACED

END_OF_DOCUMENT_TOKEN_TO_BE_REPLACED

I’m in my mid-twenties, and I’ve been working as a substitute teacher for the last couple years (I joined Teach for America right out of college). I know some of the girls in classes I teach have crushes on me — high schoolers aren’t very subtle — but I brush it off, because I’m not an idiot. Last week, however, I got a disturbing email from a girl in the English class I subbed for. Pictures were attached. You get the gist. What do I do about this situation? I obviously haven’t responded, but I’m afraid she might go Lifetime-movie on me. END_OF_DOCUMENT_TOKEN_TO_BE_REPLACED