Food as Art, Poems as Plays, and More Events in Boston This Weekend 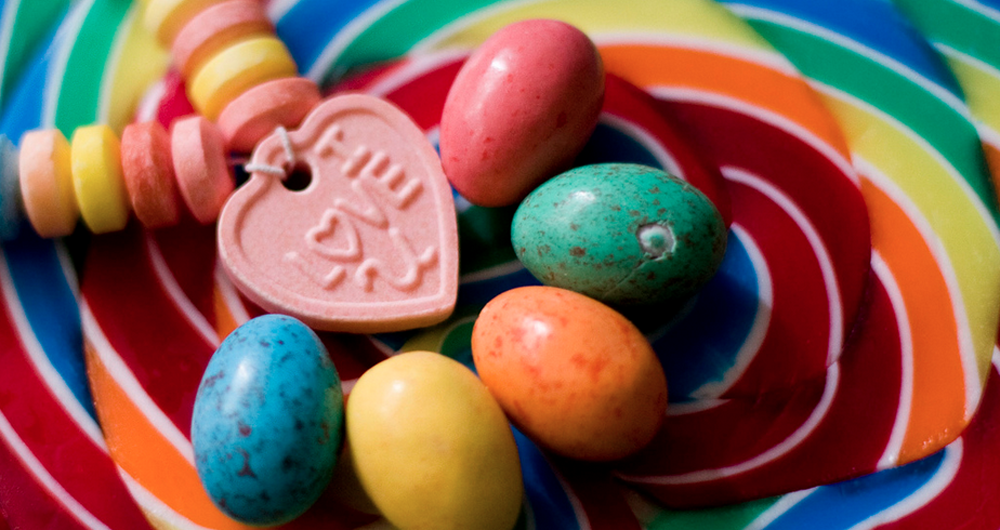 In 20 years when you tell the story of Boston’s neverending blizzard of 2015, for one thing it’s all going to seem pretty silly because by that point we’ll have figured out how to control the weather and send blizzards off to places that don’t matter, like the ocean or Connecticut. But when you’re telling people about snowbanks the size of single-family homes and getting stranded by the T, you could also mix in a story about the really cool play or art exhibition or Mardi Gras party you braved the elements to get to and that’s where you met your husband/wife, wow, what a story!

If you watched Better Call Saul and thought to yourself, wow, that Bob Odenkirk really made something of himself, I wonder what David Cross — his partner from the seminal ‘90s sketch comedy series Mr. Show with Bob and David — is up to? He’s directing movies! The Brattle Theatre hosts a special premiere screening of Cross’s directorial debut Hits, is a dark comedy exploring the nature of fame in 21st-century YouTube America. Per Cross’s request, the screening is pay-what-you-want. What a guy! Now if only the movie theater popcorn was pay-what-you-want, amirite? (7:30 p.m., pay what you want, all ages)

Saturday is Valentine’s Day, and if this is the first you’re hearing about it then good luck with scoring a restaurant reservation or mainlining Food Network videos until you can cook something besides the three dishes you’ve already served your girlfriend a million times. Or maybe you’re single and you want to laugh at other people’s romantic foibles to cheer yourself up — or just say the word “foibles” out loud, see you’re already smiling. Friday night at Oberon, the Mortified teen-angst storytelling series presents their annual Doomed Valentine’s Show, compiling some of their best, worst, most awkward, and odd love-related pieces that Mortified has to offer. (7 p.m., $15, 21+)

Samuel Taylor Coleridge’s “The Rime of the Ancient Mariner” is one of those cool poems that tells a story anyone can identify with: Going to a wedding and getting stuck at a table with some old-timer who wants to tell you all about his glory days. Like, lay off dude, that open bar isn’t going to drink itself. The Poets’ Theatre brings the story of a doomed ship, a voyage to the bottom of the Earth, and a mystical seabird to the stage in Albatross, opening Friday and running through March 1. (8 p.m., $36, all ages)
The 20th annual Bugs Bunny Film Festival is back just in time for school vacation week, and for the reexamination of your childhood brought on by a serious quarter-life crisis. The festival runs through next Saturday and features a Looney Tunes Revue, All-Bugs Revue, and Daffy Duck and Friends screenings. I was always more of a Daffy Duck man, probably because even as a child I had already developed a healthy expectation that life would just shit on you at every turn no matter what you tried. (Various times, $8-9, all ages)

Like art, food is a visual, sensory, and social experience. You know the expression “you eat with your eyes”? It’s true, as long as you don’t take it literally and no no no why are putting the garlic bread in your eyeballs it took me 45 minutes to roast that garlic and I would have bought the frozen stuff if I knew you were going to do that. The Nave Gallery’s Bite: Food as Art exhibition explores art made with food, art about food and/or food about art. Saturday’s opening reception doubles as a food drive for the Somerville Homeless Coalition’s Project Soup. (4 p.m., FREE, all ages)

Mardi Gras falls on a Tuesday this year, and most years come to think of it, which is great if you’re a jobless heathen living in New Orleans but not so great for people who have to go to work during the week. Lucky for you, Boston’s essential Mardi Gras party is going down on Saturday night. Wolf’s Greasy Valentine Mardi Gras Ball at Cuisine en Locale is back for a 22nd year, showcasing classic NOLA R&B from the Legendary Vudu Krewe plus special duets by real Boston rock star valentines and a burlesque performance by the Boston Babydolls. All proceeds from the event will benefit the New Orleans Musicians Clinic. (9 p.m., $10, all ages)

Not to be confused with that annoying ballpark tradition perpetuated by pink-hatted Sox fans, The Wave Boston is a monthly daytime dance party at Middlesex Lounge in Central Square. Sunday’s special V-Day Edition features sets by Texas Mike, Thaddeus Jeffries, and DJ7L. Make sure you come out early because there’s no cover before 6 p.m., and anyways the whole point is to party in the daytime and it still gets dark at like five at least in places where massive snowbanks don’t completely block out the sun. (4 p.m., FREE/$10 after 6, 21+)