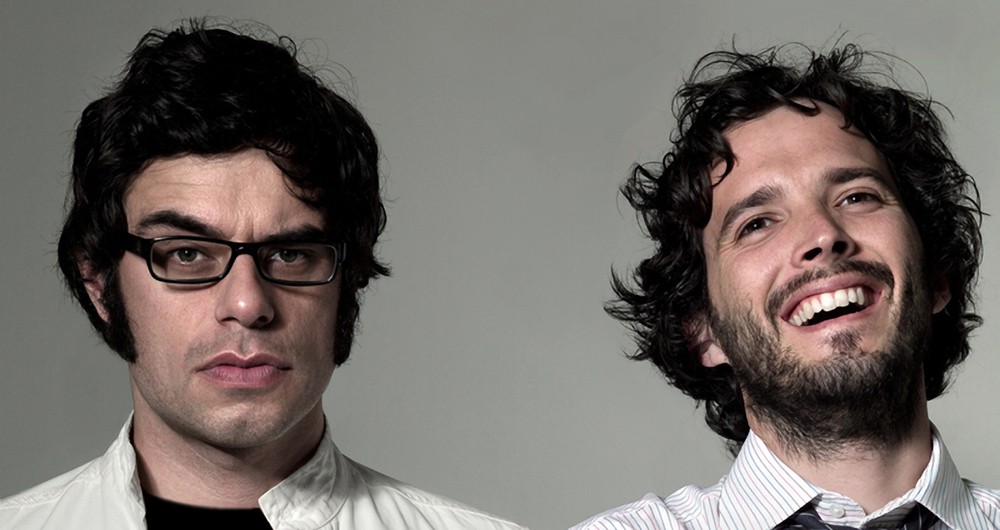 If you were on the cutting edge of cool in the mid-2000s, you were finding torrents for Flight of the Conchords whenever possible, since you likely couldn’t afford HBO. According to A.V. Club, New Zealanders Jermaine Clement and Bret McKenzie announced at Sundance Festival this week that it’s likely they’ll tour in the States in late 2015, though McKenzie admitted “it isn’t very solid yet.”

Flight of the Conchords balanced the perfect dose of ridiculousness and music in the original series, which ran from 2007 to 2009 after an original successful run on BBC Radio as well as providing one of Kristen Schaal’s earliest breakthrough roles as Bret and Jermaine’s friend Mel. Since the show ended, McKenzie won an Oscar for his song “Man or Muppet” from the latest Muppets movie and has appeared in The Hobbit franchise, while Clement has done voice work for major films like Rio and Despicable Me.

So, will they or won’t they? The Conchords thrive on live performance, so our fingers are crossed. In hot anticipation of their return to the stage, here are our five favorite songs from the series.

Think Bret McKenzie was humming this to himself when he won that Oscar?

This weird New Zealander take of French culture actually got some radio airplay back in the day. The Conchords guys always had a perfect ear for parody, and “Foux du Fafa” is the perfect vaguely European elevator music.

Remember those couple of years where skinny white dudes couldn’t stop parodying rap? Bret and Jermaine did it first and did it best.

Pitch perfect depiction of sex after marriage, and a rare Jermaine solo song.

Because if you were a New Zealand entertainer in the 2000s and The Lord of the Rings wasn’t your favorite thing in the world, you could be excommunicated.

Here’s to coming the Conchords take flight before the year is through!

A decade of Wreck The Halls. END_OF_DOCUMENT_TOKEN_TO_BE_REPLACED

Golden Globe and Emmy nominee Benjamin Wallfisch is the composer responsible for the score of the hit movie IT. I talked to Ben about his approach to scoring the new version of this iconic story and his thoughts on film and music overall. Some very insightful commentary; listen in. END_OF_DOCUMENT_TOKEN_TO_BE_REPLACED

Rupert Gregson-Williams is an award-winning film composer. He just so happened to compose the score for this summer’s big blockbuster Wonder Woman. We talked about his beginnings in film scoring, film scores that move and inspire him and, of course, Wonder Woman. END_OF_DOCUMENT_TOKEN_TO_BE_REPLACED

Jeff Rapsis is a New England-based composer and performer. Lately, he’s been creating live musical scores for silent film screenings. I talked to him about his process and a few of his upcoming performances at The Capitol Theatre in Arlington and the Somerville Theatre. You can keep track of where else Jeff is scoring silent films here. END_OF_DOCUMENT_TOKEN_TO_BE_REPLACED

Leah Wellbaum from Slothrust brought her trusty six-string to Studio B and turned in the first RadioBDC Session of 2017. Check out her three songs and her chat with Julie Kramer, recorded live on February 28, 2017. END_OF_DOCUMENT_TOKEN_TO_BE_REPLACED