On the first day of school, 100 men of color welcomed students with cheers and high-fives

On August 25, 100 men showed up in suits at the Martin Luther King Jr. Elementary School in Hartford to greet each and every student on their way into class. The men’s mission: to prove wrong the ugly stereotype that men of color across the nation are absent, that they do little to benefit the community. 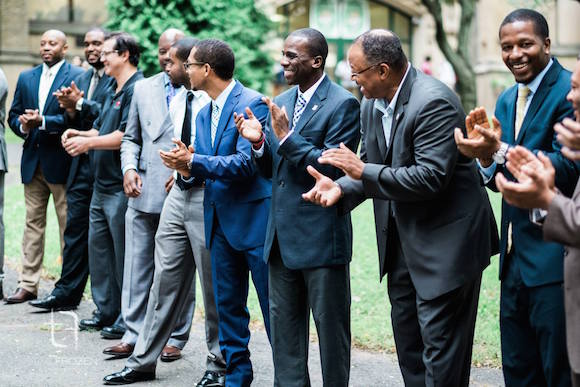 “In an urban community, people say that black men [aren’t] valued or there aren’t enough black men doing something,” one of the event’s organizers, Pastor AJ Johnson, told A Plus. “I wanted to prove everyone wrong.”

“We want to start off the first day right with a lot of enthusiasm and encourage them to put their best foot forward,” event organizer DeVaughn Ward told WSFB. “We have insurance executives. We have attorneys. We have TV producers. … We have banking executives. We have nonprofit executives, law enforcement, firefighters, chefs.” 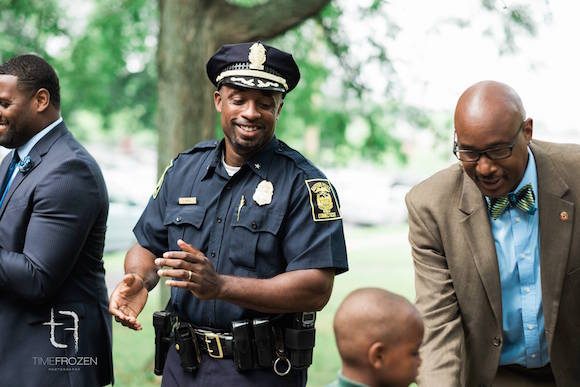 The men planned the event by putting out the call on social media and through text messages after seeing a photo of a similar event that had taken place in Atlanta, said Maurice Eastwood. Eastwood helped Johnson and Ward organize the gathering at Martin Luther King Jr. and also assembled a group of men earlier that morning at Dr. Frank T. Simpson-Waverly Elementary School in Hartford.

After he saw that Atlanta picture, Eastwood said he thought, “This is a no-brainer. This is something that definitely has to be done.”

Eastwood said his community needed something like this. “They needed a group of men there to show the kids, ‘Hey, some of us are still rooting for you.'”

He said his main goal that day was to “encourage the kids, make it cool to go back to school again.” 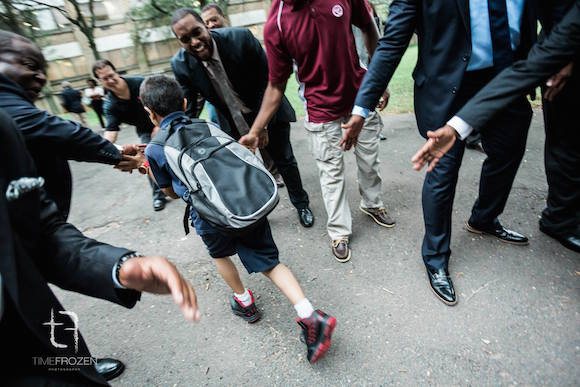 According to A Plus, one of the mothers of a Martin Luther King Jr. student who also attends Johnson’s church approached Johnson after dropping her daughter off. She “was just in tears and said, ‘This is beautiful,” Johnson told A Plus.

Eastwood was also touched by reactions. “At first, some of the kids were shy, but all of them smiled before they walked past us, they all smiled and gave us high-fives.”

“But the parents’ responses were kind of hitting me more at Simpson-Waverly,” Eastwood continued, “because a lot of the moms looked as if they wanted to shed tears. They were just so, so thankful. I mean, so, so thankful. And it meant a lot.” 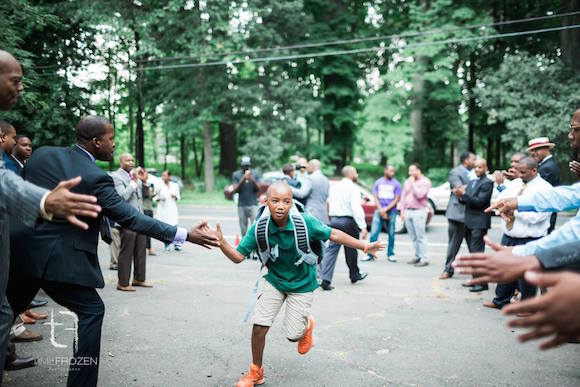 Keith Claytor, the photographer who shot the event at Martin Luther King Jr. (and provided the photos in this story), said in a Facebook post that he had always hoped one of his photos would go viral, but that it would be from a creative shoot or wedding.

“The exposure for what this group of men did to ring in the school year is so much better,” he wrote. “It feels good to be a part of something so much bigger than one person. I hope it keeps going around the world and other communities duplicate the effort.” 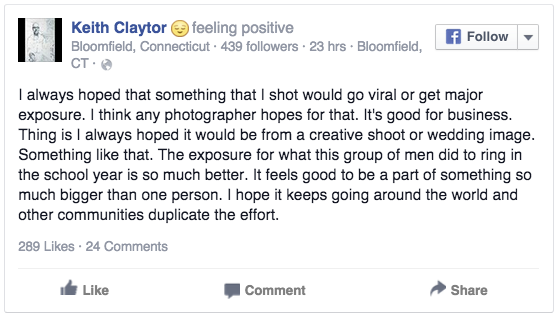 Check out WFSB’s video of the men’s greeting below.