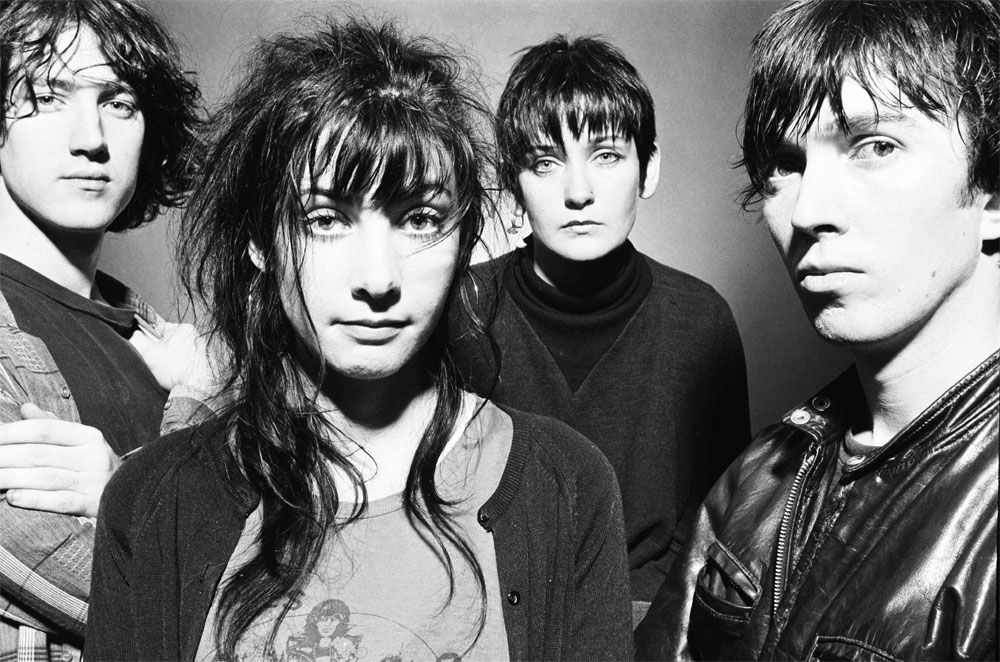 Until very recently, the notion of seeing legendary shoegazers My Bloody Valentine in Boston was nothing more than a sad, unrealistic hope. Since its 2007 reunion, the band’s North American live activities have been limited in number and confined to major festivals and a very few lucky cities. But at long last, Boston joins that list of cities on Thursday night. The band has recently embarked on a brief North American trek in support of its long-delayed but finally released new record “m b v” and will stop at the House of Blues for a sold-out show. Here’s what to expect.

My Bloody Valentine’s live shows have long since become the stuff of legend — and not just because it’s so difficult to find an opportunity to catch one. The pioneering group, led by mastermind guitarist Kevin Shields, specializes in a particularly dense sound that wraps pretty pop melodies in sheets of massive-sounding guitar noise. They earned a reputation during their early-’90s heyday for performances of utterly crushing, mind-altering levels of volume, and by all accounts, not much has changed in 2013. Reports from shows at Chicago’s Aragon Ballroom and Minnesota’s Roy Wilkins Auditorium confirm that MBV are still proudly deafening, conjuring sounds intense enough to double as physical sensation. Earplugs are reportedly being handed out at the door of each gig, with signs advising their use posted up around the venues. Attendees at the HOB would be wise to heed that warning.

Setlists for these North American shows have remained static from night to night, but the song selection feels crowd-pleasing. Keeping spoilers to a minimum for those who wish to be surprised, one can expect a few of the more straightforward cuts from “m b v,” a healthy dose of 1991’s classic “Loveless,” and a cherry-picked set of the band’s early material. And, of course, the signature show-closing rendition of “You Made Me Realize,” which extends the short noise breakdown from the recording into a 10-plus minute assault of screaming jet engine feedback charmingly known as the “holocaust section.” If you dare brave the rest of the show sans earplugs, this is surely the time you’ll want to pop those in.

Whether the band’s set is truly as life-changing as some particularly eager fans suggest remains to be seen, but given the band’s touring track record, this could be your one chance to find out. Best to seize the opportunity.

Enter to win tickets to see Trio Da Kali at The Villa Victoria Center of the Arts (Newton, MA) on April 10th. END_OF_DOCUMENT_TOKEN_TO_BE_REPLACED

END_OF_DOCUMENT_TOKEN_TO_BE_REPLACED

Enter to win tickets to Rhye at The Paradise on February 28th. END_OF_DOCUMENT_TOKEN_TO_BE_REPLACED

END_OF_DOCUMENT_TOKEN_TO_BE_REPLACED

Enter to win a pair of tickets to attend The Hess Collection Seminar and Dinner as part of Boston Wine Festival 2018 at the Boston Harbor Hotel on Wednesday, March 14th. END_OF_DOCUMENT_TOKEN_TO_BE_REPLACED

Her new album has been pushed back, but we have Kimbra’s new single for you. END_OF_DOCUMENT_TOKEN_TO_BE_REPLACED

The folk duo returns with a new record this week. END_OF_DOCUMENT_TOKEN_TO_BE_REPLACED

Now that we’re done looking back at 2017, let’s look ahead at 2018. END_OF_DOCUMENT_TOKEN_TO_BE_REPLACED