Fat Shaming Is a Major Problem, but Heavyweight Comedy Is Just as Bad 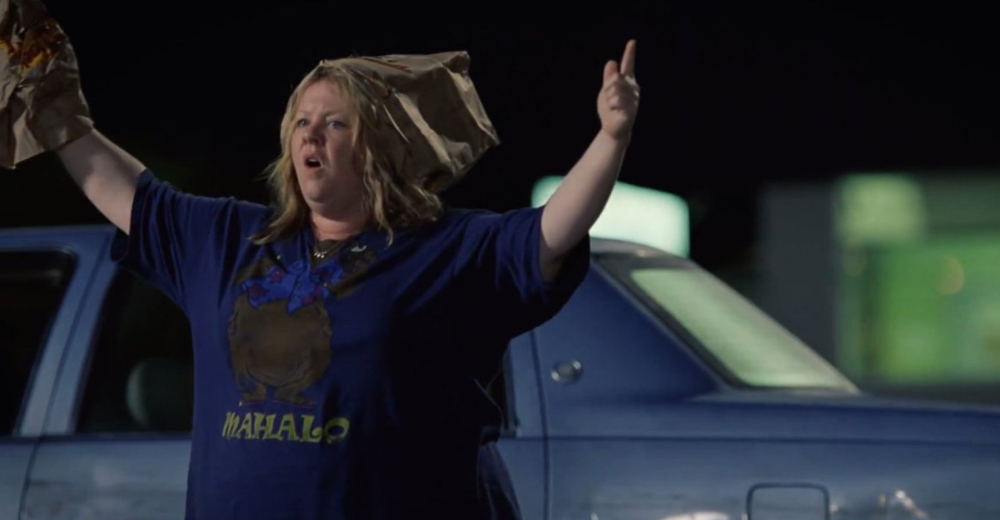 I have a hard time with the whole fat acceptance thing, which is weird considering I use to weigh 448 lbs. (was a size 32 and I’m now a size 10, thank you very much!). If anyone should have an understanding of the fat person’s plight – it should be me. But after seeing the way fat people have been represented lately, I have a hard time getting behind the cause.

Case in point, fat actresses acting like complete fools and relying on self-shaming for a cheap laugh. Rebel Wilson, according to her bio, has studied acting in the same theatre program that produced Toni Collette and Baz Luhrmann – so the girl likely has some chops. Now, I’m well aware she’s mainly a comedic actress and has done some stand-up, but wouldn’t you want to show you have range occasionally and prove to people you’re not a walking sight gag? If you have legitimate talent – wouldn’t you want to get out there and show your range as an actress, instead of doing the same tired grown up Honey Boo-Boo shtick over and over again?

Plus, do you know how obnoxious it is to be “on” like that all the time? When I was huge, I felt like, if I wasn’t Suzy Sunshine 24/7, people got put off. I was pretty pissed and angry at the time, and the last thing I wanted to be was the clown, put there just for amusement. It sucks the life out of you when you’re forced to the jolly fat girl all the time.

Rebel Wilson and Melissa McCarthy have found massive success by making the fat jokes before someone else could (thanks to Fatty Arbuckle for pioneering the ultimate comedy hack move). It’s a style guys have been doing for years, but it doesn’t mean it wasn’t hack back then either. I loved Chris Farley growing up, but much like Blutarsky, you can’t get by on fat and stupid alone. Oddly enough, before Farley’s death, he was talking to David Mamet about bringing Fatty Arbuckle’s story to the big screen. Farley and Mamet would have been a great “The Chris Farley Show” sketch.

I’m not saying they have to compete with Meryl Streep for the same roles, but at some point, people will start calling them out more for relying on fat jokes alone. You see it clearly here in the trailer for Melissa McCarthy’s latest movie “Tammy,” which ended up going through a massive overhaul. People got put off by the repetitious fat jokes and by her slovenly appearance in the trailer.

In case you didn’t know, when you’re fat, you’ve given up on life and you just look like shit. Evidently gross fat people are comedy gold. Girl, please. I know more big girls who probably dress a billion times better than some of you out there. When you’re bigger – you get judged on your appearance, so why wouldn’t you want to look your best always? We all have our off days – but even then, you make attempts to look presentable. When you’re plus sized, wearing oversized pieces is just a recipe for disaster.

Oh, and to the people who say they’re so “brave” for putting themselves out there, where the hell were they supposed to go? Listen, there are people out there who like to eat. I do, and I still have to struggle with that. I would kill to be able to eat whatever I want and not get fat, that’s only natural. But when I was big, I wasn’t comfy in my own skin. I wish I was (I’m still not), but that wasn’t the case. But being fat and comfortable with yourself doesn’t instantly make you a civil rights leader.

Charles Barkley made some comments recently about the women of San Antonio, Texas. Sir Charles is the last person who should be commenting on someone’s size. Lord knows he’s far from the shape he was in back when he was playing basketball, and I wonder if Jenny Craig would ever consider him a success story? But what I have a bigger problem with is the response from the National Association for Fat Acceptance. The NAFA released a statement to TMZ, you know, the same place that’s fat shamed new moms? The spokesperson told TMZ:

I read that sentence over about hundred times, before I started to get a headache and my eyes crossed. Listen, the treatment of fat people is awful. I will give you that. No one needs a constant reminder of their faults by the general public. That’s why God made mirrors. But when you compare their struggle to that of anyone of a different race – that’s when you’re starting to become a little loopy.

When you’re fat – you can fix your problem through diet, exercise and surgery. When it comes to race – there’s no fen phen to change your color and give you heart palpitations. I get what the spokesperson was doing, PETA has mastered that art form too, but you’re comparing apples and oranges and even then, apples and oranges are a tad more in common than body shaming and racism. The token fat jab does not have the same gravitas as *insert awful racial slur here*.

Moreover, when you start comparing the treatment of fat people to racial injustice, it’s hard to even take the cause seriously. Let’s be honest, Dr. Martin Luther King Jr’s “I Have a Dream” speech would not have been as historic or effective if he was just some fat dude talking about his lack of restraint for Chili’s appetizers.

If you’re of larger size, you should absolutely be treated with respect, there’s no question about it. But the struggles of a fat person are a helluva lot ‘easier’ compared to some. Sure it sucks – but let’s be real, it could be a lot worse. Lord knows I do revel in the stories regarding what’s happened to the dolts who treated me like trash because of my weight. Oddly enough, they’ve put on weight and look like “before” pictures. To anyone who struggles with weight, I know that probably doesn’t help out right now, but just remember, it gets better. Now, how about a slice of vegan, gluten-free, dairy-free, flourless chocolate cake?

Golden Globe and Emmy nominee Benjamin Wallfisch is the composer responsible for the score of the hit movie IT. I talked to Ben about his approach to scoring the new version of this iconic story and his thoughts on film and music overall. Some very insightful commentary; listen in. END_OF_DOCUMENT_TOKEN_TO_BE_REPLACED

Rupert Gregson-Williams is an award-winning film composer. He just so happened to compose the score for this summer’s big blockbuster Wonder Woman. We talked about his beginnings in film scoring, film scores that move and inspire him and, of course, Wonder Woman. END_OF_DOCUMENT_TOKEN_TO_BE_REPLACED

Jeff Rapsis is a New England-based composer and performer. Lately, he’s been creating live musical scores for silent film screenings. I talked to him about his process and a few of his upcoming performances at The Capitol Theatre in Arlington and the Somerville Theatre. You can keep track of where else Jeff is scoring silent films here. END_OF_DOCUMENT_TOKEN_TO_BE_REPLACED

Planning on seeing Rogue One: A Star Wars Story when it opens this weekend? I joined Adam 12 to give you an idea of what to expect. But don’t worry, I didn’t give anything away. END_OF_DOCUMENT_TOKEN_TO_BE_REPLACED

No, not from afar, from the comfort of her couch. From the actual awards themselves. That’s where Meredith Goldstein was for the Oscars. She shared all the juicy, first-hand details with me. END_OF_DOCUMENT_TOKEN_TO_BE_REPLACED

To celebrate the opening of ‘The Force Awakens,’ I had some very special guests in studio to start the Thursday, December 17 edition of The Brink. Listen. END_OF_DOCUMENT_TOKEN_TO_BE_REPLACED

Watching the new Star Wars trailer a million times gave us all sorts of feels. And one of those feels was nostalgia. END_OF_DOCUMENT_TOKEN_TO_BE_REPLACED

END_OF_DOCUMENT_TOKEN_TO_BE_REPLACED

If you’ve finally finished crying over Inside Out — or Lava, the short that ran before it — Pixar is readying another assault on your tear ducts with The Good Dinosaur, if its newly released trailer is any indication. END_OF_DOCUMENT_TOKEN_TO_BE_REPLACED