Flipping burgers will soon pay the same wage as saving lives, and this paramedic is fine with that 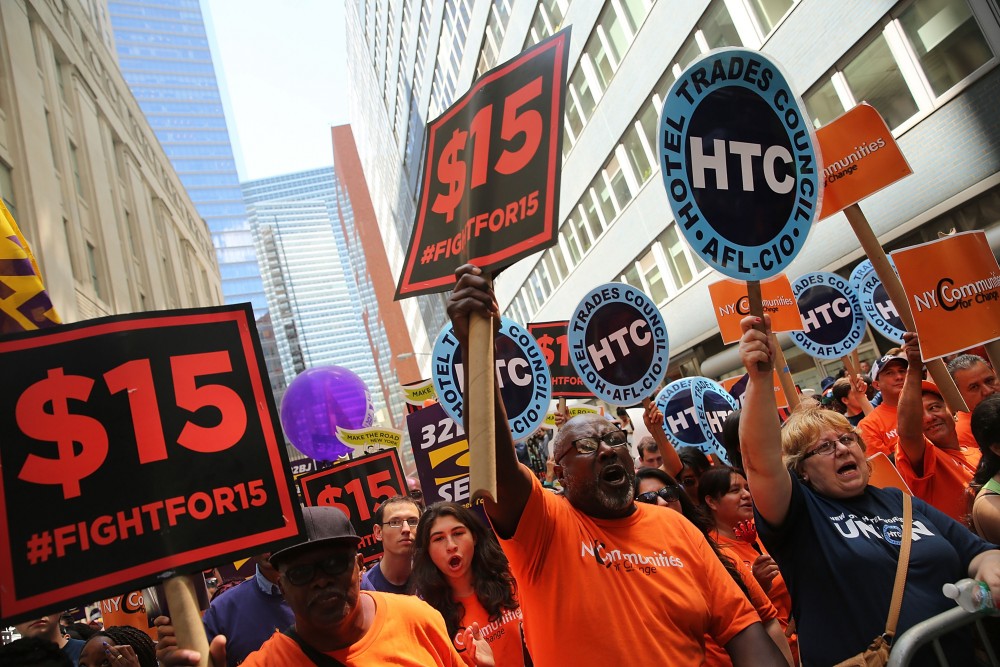 Fast-food workers in New York will soon be making $15 an hour.

People from all different professions and socioeconomic backgrounds have been quick to share their opinions about “burger flippers” not deserving such a salary. But one Texas-based medical professional, who goes by the name Jens Rushing on Facebook, has refreshing—and important—thoughts to share about this minimum-wage raise.

His message, originally posted as a status that’s been shared 31,000 times, has been reposted on Imgur, where it’s gotten more than 800,000 views.

And what does Rushing have to say about fast-food workers officially making as much as him? 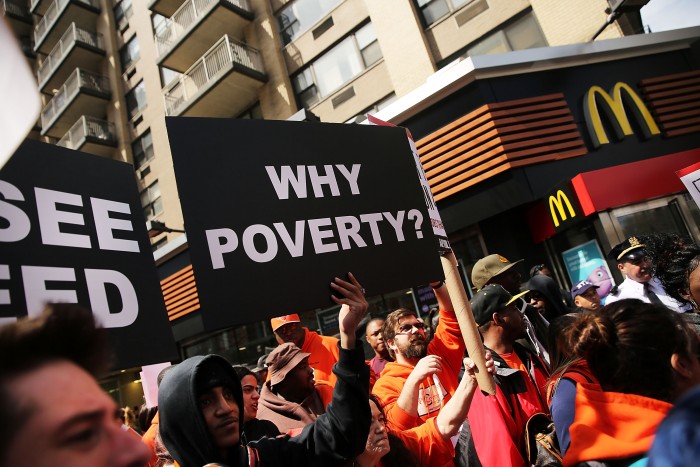 Rushing believes that if any job is going to take up someone’s life, that it should provide that person with a sufficient salary to support him- or herself. If a job exists and someone has to get hired to do it, that person is deserving of a living wage. “End of story.” The arguments about fast-food workers not having the “education or skills” to warrant this raise, he writes, are missing the point.

In fact, he believes petty arguments about a few dollars-an-hour difference are allowing the worst kind of income inequality to rage on. 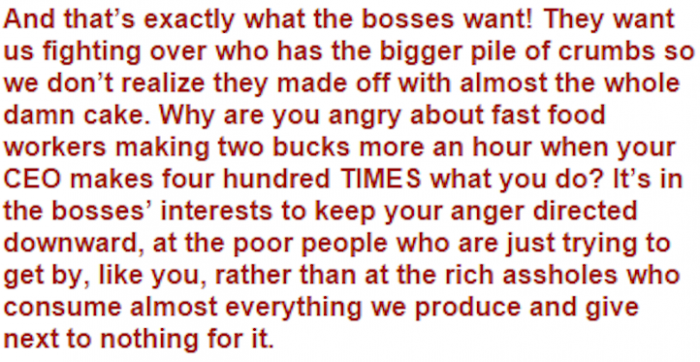 Rushing sees this wage gap in his own line of work. He compares the financial security of the hospital CEOs and neurosurgeons with the lesser salaries of janitors, techs, bed pushers—and paramedics.

He points to fast-food workers as proof that the working man and woman can make a difference. They organized, they fought, and they won. 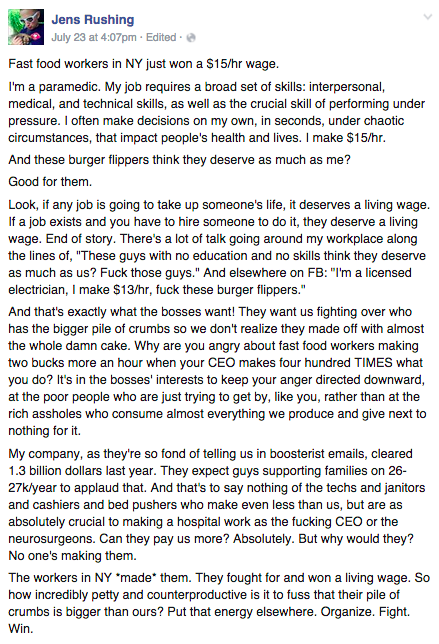