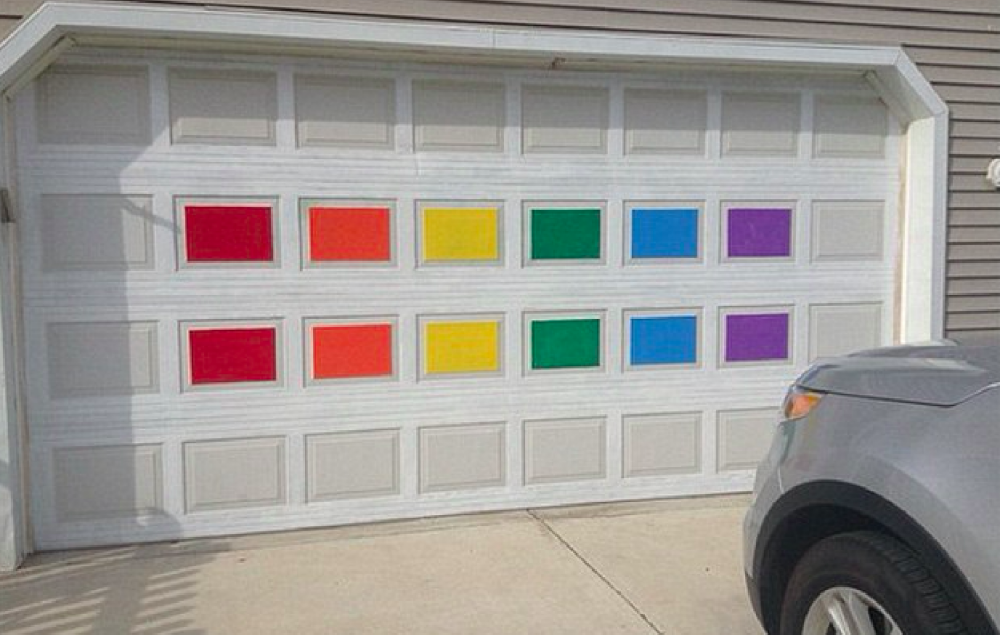 After homophobic graffitists recently targeted their garage door, the owners did something a lot more special than just paint over it.

Erin Kennedy DeLong of New Jersey is the mother of two teenaged daughters, Miranda and Emily, who identify as bisexual, according to an interview with The Huffington Post.

Early one morning, 17-year-old Miranda pulled into the driveway after a night spent working at the local boardwalk to see “I’m gay” graffitied in gray spray paint on their garage door. Miranda went up to her parents’ bedroom to tell them that their home had become the site of vandalism.

Erin, who has been very supportive since each of her daughters has come out to her, wanted to make sure that her daughters didn’t feel ashamed about who they love.

So, Erin and her husband, Joe, as well as Amanda, Emily, and her son, Joey, came together as a family to wash off “I’m Gay” from the garage door and replace it with something they could be proud of: the colors of the rainbow. 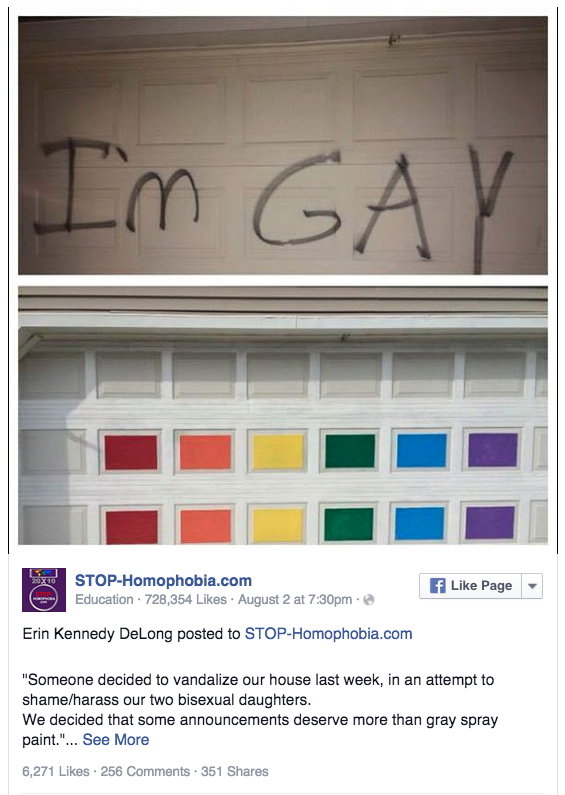 This visual declaration of the DeLongs’ pride has been met with praise from friends, family, and countless strangers. It’s also been met with some resistance. The family has had to deal with some people in the neighborhood yelling homophobic slurs as they drive past.

“We’ve learned that there is a much longer road to travel on the way to LGBT acceptance,” Erin told The Huffington Post.

“It’s great to have people tell us we are being great parents, but it would be even better if what we did was considered just normal parenting, and not amazing.”