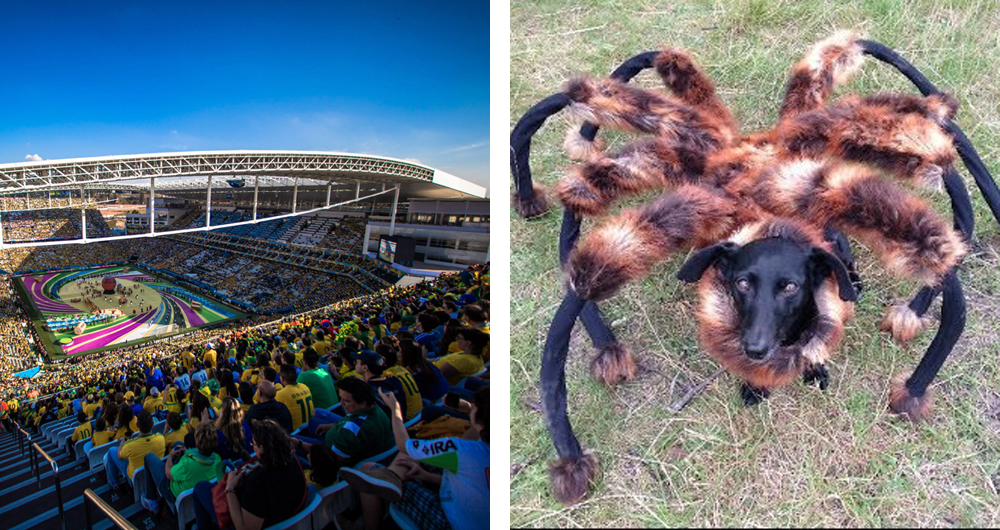 It’s likely that in 2014, you’ve logged onto Facebook or went surfing on YouTube only to feel a little piece of your soul die after seeing what your friends are sharing and talking about. It would only be reasonable then, to assume that Facebook’s most talked-about stories of the year would involve things like Kim Kardashian’s bare ass or Honey Boo-Boo’s very confused mother. Turns out, you’ve assumed incorrectly, and we as humanity just might make it to 2015.

The most talked about stories on Facebook worldwide in 2014 were highlighted by Facebook itself for a “Year in Review” feature. The World Cup not only took the #1 spot, but was the most talked-about story in Facebook history, with fans posting from around the world, and players themselves documenting the international tournament with photo and video updates. This statistic clearly shows that while each country had its own representative, and the competitive spirit to go with it, for over a month, the world was united unlike ever before through sports and social media. All of the topics in the top 10 feel as though they should be there (and countdowns never work out that way, just look at Rolling Stone). From Ferguson to Ebola to Ice Buckets to the passing of Robin Williams, it appears as though Facebook had more constructive things to talk about in 2014 than you might think. See for yourself:

YouTube is a different story, but not necessarily a bad one. Keep in mind that the average age of a YouTube user is younger than the average Facebook user, but also keep in mind that there’s A TON of garbage on YouTube. That said, there are some interesting picks in here. Sure, there’s a fair share of mindless stuff (see numbers 8 and 9), but others include sports videos, singers, and social experiments. Not bad considering teens lighting themselves on fire and “Frozen” parodies were highly publicized this year. Take a look:

A decade of Wreck The Halls. END_OF_DOCUMENT_TOKEN_TO_BE_REPLACED

HUBweek came to Boston, and we were there to take it all in. END_OF_DOCUMENT_TOKEN_TO_BE_REPLACED

Leah Wellbaum from Slothrust brought her trusty six-string to Studio B and turned in the first RadioBDC Session of 2017. Check out her three songs and her chat with Julie Kramer, recorded live on February 28, 2017. END_OF_DOCUMENT_TOKEN_TO_BE_REPLACED

Mike McColgan and Lenny Lashley of Street Dogs were in session on November 30, 2016 to play three songs and chat about their annual Wreck The Halls shows at Brighton Music Hall December 15-18. END_OF_DOCUMENT_TOKEN_TO_BE_REPLACED

Tegan and Sara stopped by for a chat before their House of Blues show on Halloween night. END_OF_DOCUMENT_TOKEN_TO_BE_REPLACED

The sultry boom of Ruby Rose Fox rounded out a summer of sessions in Studio B presented by FindMassMoney.com. Enjoy the videos and Ruby’s chat with Julie Kramer. END_OF_DOCUMENT_TOKEN_TO_BE_REPLACED

She is Dee Dee from the Dum Dum Girls no longer. She is now Kristin Kontrol, and she played a short set for us in Studio B on June 17, 2016. END_OF_DOCUMENT_TOKEN_TO_BE_REPLACED