Can 36 Questions Make a Gay Man and a Lesbian Fall in Love? 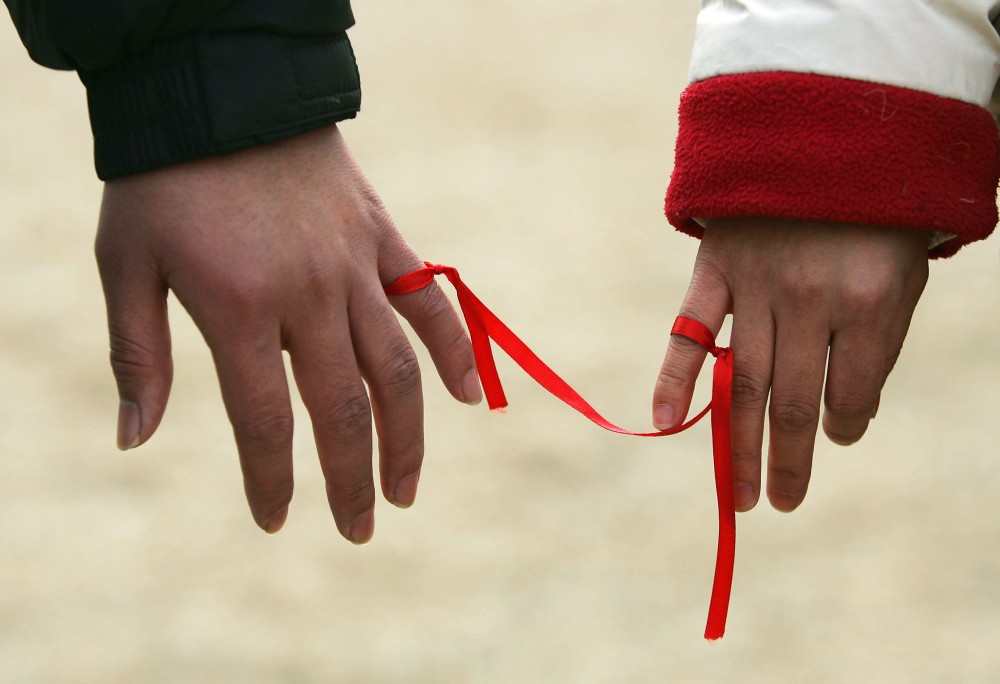 That sentiment changed when I sat down with a lesbian friend of mine to answer 36 questions designed to make us fall in love.

Spoiler: it worked. Kind of.

In an essay published to The New York Times’ Modern Love section in January, Mandy Len Catron explains that psychologist Dr. Arthur Aron came up with three-dozen questions formulated to make two strangers fall in love. Catron decided to give it a try with a university acquaintance. A few beers, 36 questions, and four minutes of uninterrupted eye contact later, Catron and he are now dating.

Catron emphasizes, however, that, “we’re in love because we each made the choice to be.”

In that vein, I made the choice to call one of my lesbian friends and ask her if she wanted to fall in love.

Chelsea Sirois is a junior at Emmanuel College and we’ve known each other for two years. We have friends in common and I’ve been to parties at her apartment, but we’ve always been more acquaintances than friends.

Sitting in the office of Emmanuel’s English department, I opened up The New York Times app and asked her what she thought about the whole concept.

“I don’t know,” Chelsea said. “I feel like it takes more than just a couple questions to fall in love with someone. Plus, there’s an obstacle or two in our way.”

And so we began. We discussed who we’d want as our dream dinner guest (Johnny Depp for her, Monica Lewinsky for me), if we have a secret hunch on how we’re going to die (a palm reader told me I’ll live to be 86) and whether or not we rehearse telephone calls (only when she’s calling out “sick” from work). We had more in common than we thought.

The 36 questions are split in thirds: each section 15 minutes long. We made it through eight questions for the first section but only four for the last. As time went on, the questions became more personal and our answers turned into tangents. Queries about our biggest accomplishments and hopes for the future became conversations about our families and our friends and our first times riding a bike. We got more comfortable with each other—settling into our seats, not squirming for the next question.

The last portion of this love experiment involved maintaining eye contact with each other for four straight minutes. I was freaking.

The idea of looking into someone’s eyes for such an extended period of time seemed like the most vulnerable part of the whole process. But by then, conversation was flowing on its own: free of whatever the app wanted us to talk about. We ended up locking eyes for over ten minutes before we even checked the time.

So, did we fall in love? No, I guess not. But that’s not to say we didn’t feel something for each other.

“I want to try this with all my friends,” Sirois said. “You have your friends and you talk to these people every day but it’s always about situational stuff. You never really talk to them.”

As we parted ways, promising to hang out this weekend, I did feel something. That giddy rush of God-knows-what caused by a person who really makes an impact on you. Learning about what we had in common and what we valued in each other, I realized that, maybe, lesbians and gay guys aren’t on opposite poles of the big queer magnet after all.