Every female meteorologist in America is wearing the same $23 dress. One local forecaster explains why. 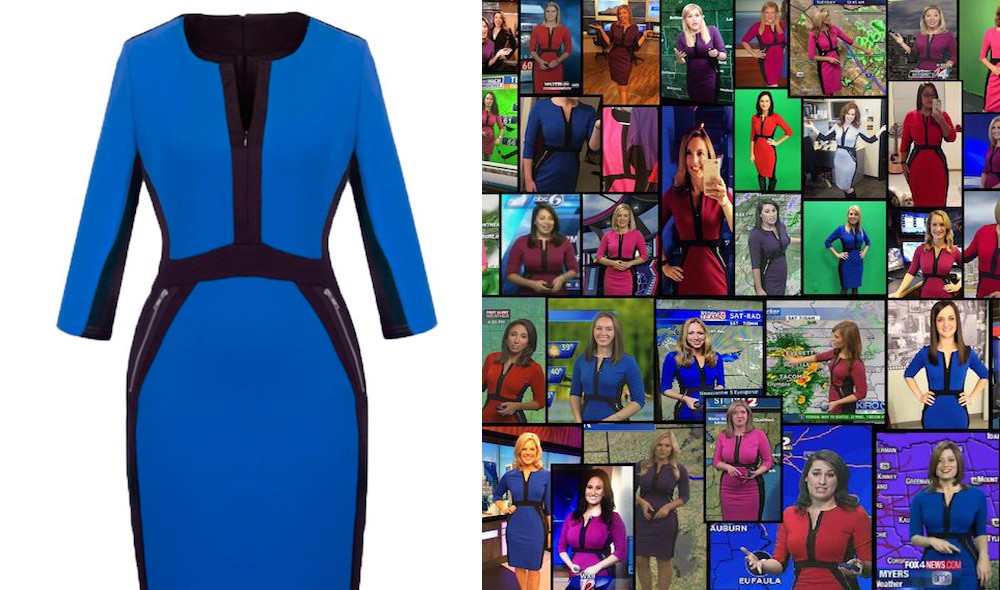 So how did every single female meteorologist in the world buy the same dress? And for that matter, how did anyone notice? It turns out that there is a secret Facebook group exclusively for female meteorologists. After one of the meteorologists shared a link to the dress, which retails for only $23 on Amazon, it became a popular item amongst the crowd.

Jennifer Myers, a meteorologist at Fox 4 in Dallas and a member of the group, started cataloging all the instances of a fellow meteorologist wearing the dress, Tech Insider reports. Now, according to Amazon, the dress is likely sold out through Christmas.

TOO funny! Thx @JenMyersFox4 for the collage of all the women who bought "the dress!" #sisterhoodoftravelingdress pic.twitter.com/iSyJFESYpp

To learn more about the phenomenon, we talked to one of Boston’s own weather forecasters who appears front and center in the dress collage: WCVB meteorologist Danielle Vollmar. 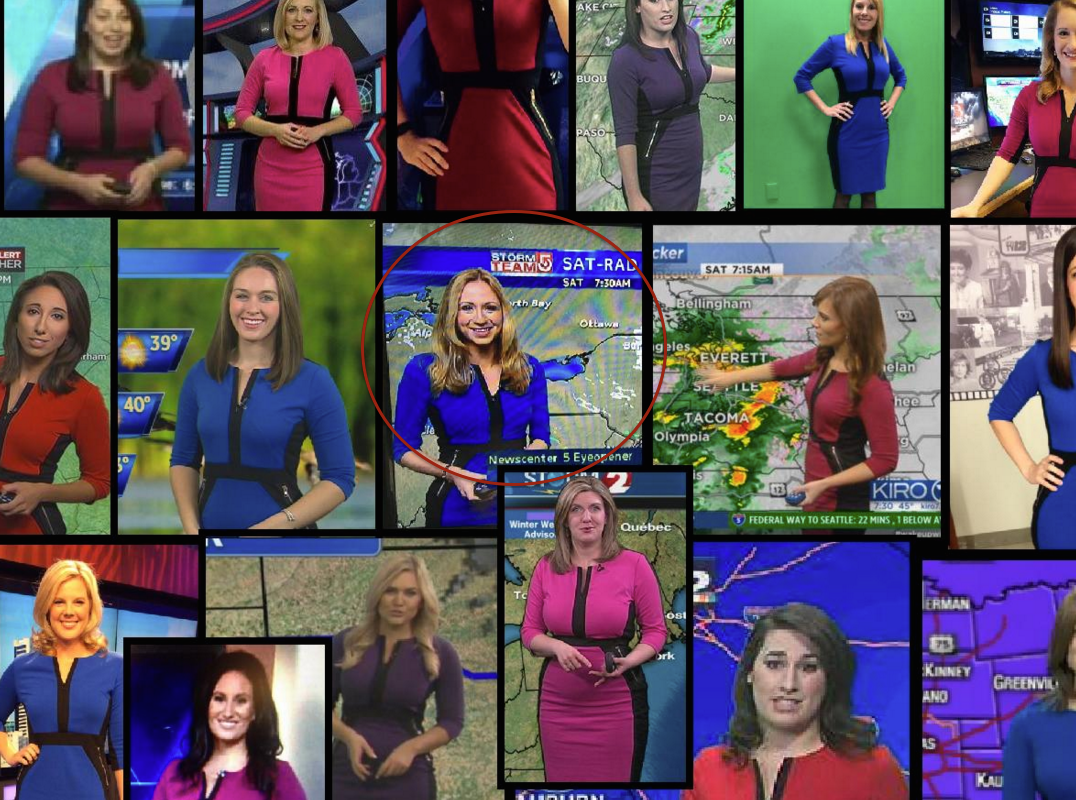 Vollmar said she saw the dress on the private Facebook group, which she said is a great place for females in her profession to discuss everything from the trade to networking.

“It’s basically a female group to boost other females in the profession,” said Vollmar, a 10-year industry veteran. “It’s a safe zone.”

As for why the dress is so popular with meteorologists, Vollmar said that because of the on-air nature of her job, she tries to wear an outfit once every three months at the most. Beyond that, there are lots of fashion no-nos that make stocking a full wardrobe difficult.

“As a meteorologist, you can’t wear a tank top in the winter when it’s negative 12 degrees because viewers complain,” Vollmar said.  “You have to find full-length or three-quarter-length dresses that aren’t all black.” Vollmar also said that, beyond looking for colorful, dual-tone outfits, meteorologists are supposed to avoid patterns, and sleeves are a must. “If you can find something that works like that dress and is only $23, that’s perfect.” 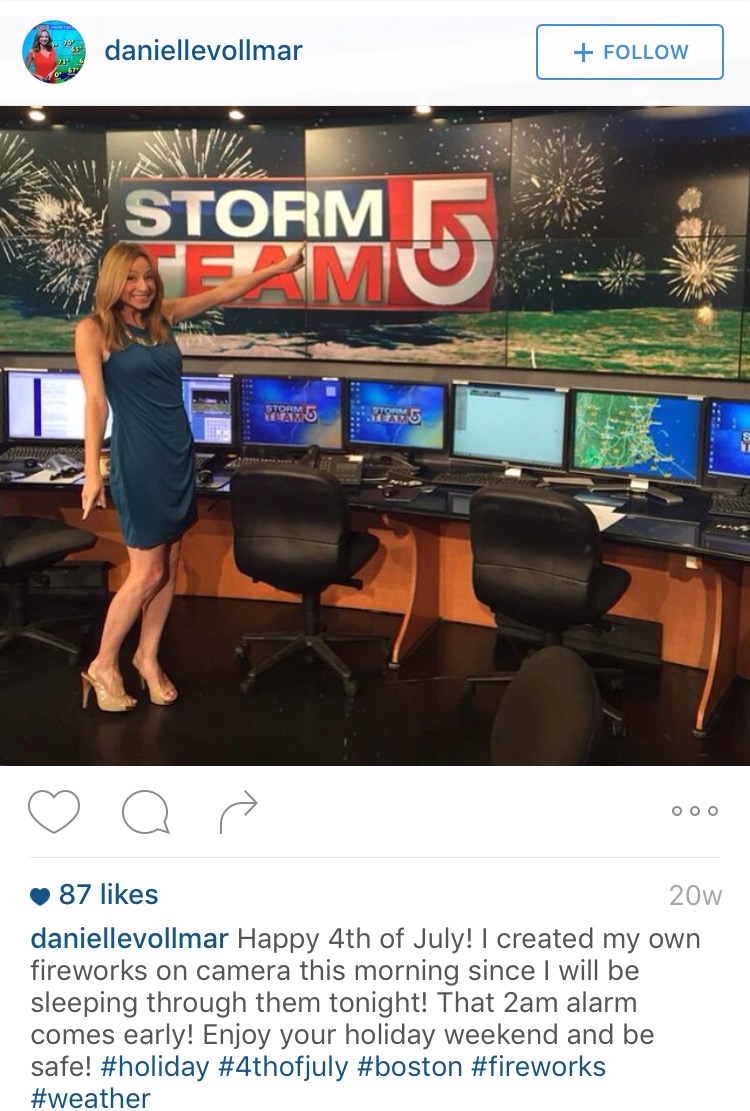 Vollmar’s friends across the U.S. have been sending her the composite photo, and her co-workers at WCVB have been joking that her passion for finding good deals has been going viral. Vollmar said she bought the dress in three colors but has only worn the blue edition so far.