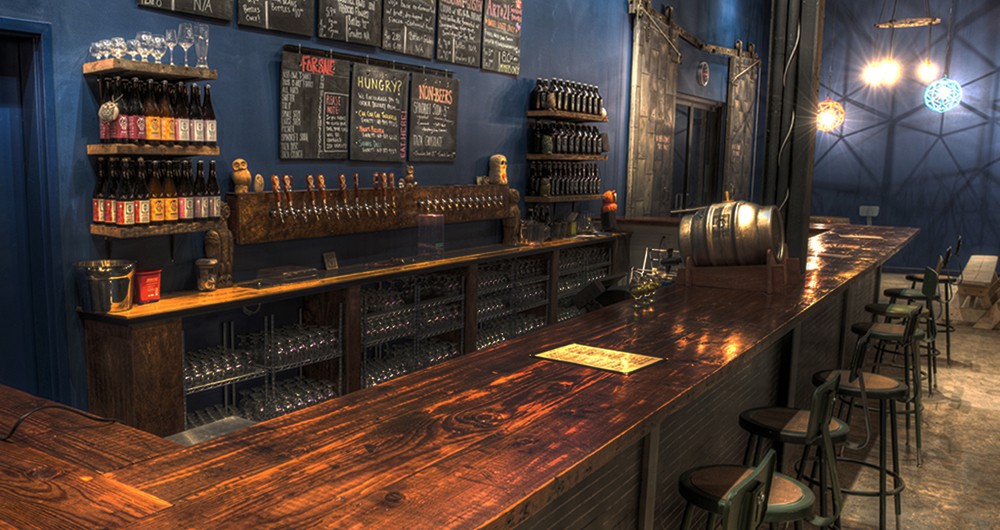 Saying Night Shift has come a long way in the last several years is a bit of understatement at this point. The brewery has ramped things up so much over the last few years that the ghost-white sheetrock walls of its first facility in Everett are surely as distant a memory for the brewers as the neon, 10-gallon orange homebrew buckets the three first used in a Ball Square kitchen to prototype beers.

Today, three years after it first opened its doors, the brewery celebrates its birthday with a party, three new beers, a smattering of cellared favorites, and a food truck at its headquarters at 87 Santilli Highway in Everett.

While both of the new Berliner Weisses are still sour, how they came to be is a bit different. Michael Oxton, one of Night Shift’s founders, says that both beers have the same malt bill as the brewery’s other sours but are the first kettle-soured beers it’s ever brewed.

“With this approach, wort in the boil kettle gets pitched with lactobacillus, it rests for a certain period to ‘sour,’ then gets boiled again to kill the bacteria before getting transferred to the fermenter.” Oxton said Monday in an email, “Previously, we were pitching lactobacillus straight into the fermenter.” 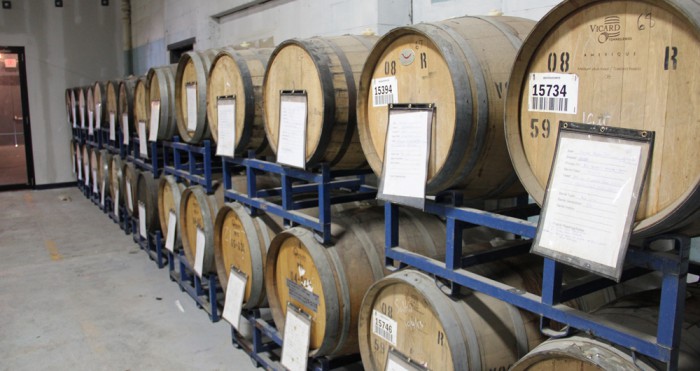 After doing the same thing for a little while, it’s refreshing to see the brewery shake things up a bit.

The result: two beers that are less sour than their predecessors but still pleasantly tart and acidic. Both are essentially the same base beer, except Guinevere has spent time resting on apricots while Lancelot has seen time on blood oranges.

Mordred, the brewery’s latest foray into the world of stouts, stands in stark contrast to the other two beers and probably shares more traits with silky smooth chocolate milkshake than a beer. At 7.5 percent ABV, Mordred is an oatmeal stout fermented with maple syrup sourced from New Hampshire. The beer is heavier than Taza Stout, another Night Shift stout, but incredibly drinkable according to Oxton.

The beers will be rounded out on draft by Mariposa, a subtly nuanced wild ale aged in a wine barrel, El Lechedor, a Mexican chili-chocolate beer, Cape Codder, and the 2013 vintage of its Tripel Reserve.

The brewery is poised to up production again this year and is currently slated to crank out 20 times as much beer as it did the year it started. Thankfully, after opening its latest 16,000 square feet facility last May, the brewery has plenty of room for its increased output.

Hoping to bolster its yeast lab and quality assurance department, the brewery has even been able to hire its first full-time scientist. 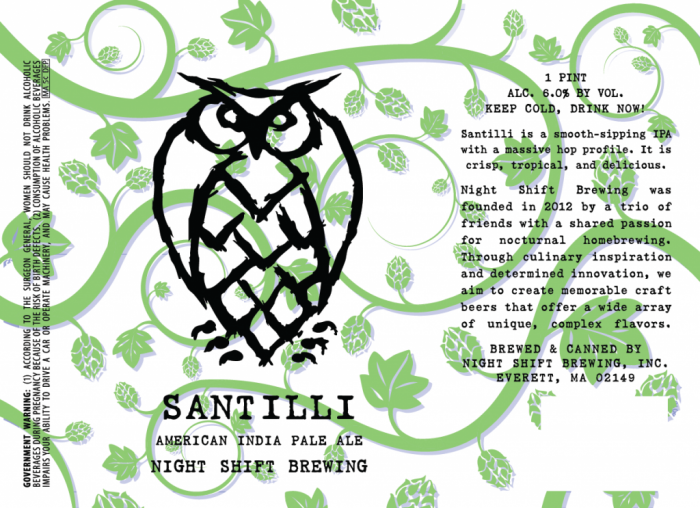 Going forward, on the beer front, tallboy cans of Whirlpool should see the light of day by Memorial Day while tallboys of Santilli, the brewery’s new flagship IPA—based on a recent batch of Morph, should arrive by the Fourth of July. April will also bring the latest batch of Ever Weisse, along with bottles of Funk’d Rouge, the latest iteration of the brewery’s 100 percent brett-fermented series.

Enter to win a pair of tickets to attend The Hess Collection Seminar and Dinner as part of Boston Wine Festival 2018 at the Boston Harbor Hotel on Wednesday, March 14th. END_OF_DOCUMENT_TOKEN_TO_BE_REPLACED

This year, the festival is welcoming more female wine producers than ever before, making up 20% of all winemakers that will be at the festival. END_OF_DOCUMENT_TOKEN_TO_BE_REPLACED

The holidays are here, so raise a glass. END_OF_DOCUMENT_TOKEN_TO_BE_REPLACED

‘Tis the season to mix a nice, stiff drink. END_OF_DOCUMENT_TOKEN_TO_BE_REPLACED

Warm up with Tito’s on your sweater and Tito’s in your glass. END_OF_DOCUMENT_TOKEN_TO_BE_REPLACED

There’s a ton going on at Idle Hands in Malden this spring. Dan McDonnell and Josh Deering joined me in studio to talk about Maifest, what’s new in the Taproom, and their collaboration with The Black Ale Project. Oh, and don’t miss Idle Hands at BeerAdvocate’s Microbrew Invitational next month! END_OF_DOCUMENT_TOKEN_TO_BE_REPLACED

Giovanna Guzman is the marketing coordinator at Kings Bowl, who you can visit in the Back Bay, Burlington, Lynnfield, Dedham, and soon in the Seaport. We talked beverages, naturally, seeing as it’s Thirsty Thursday. And we sampled sangria. And it was soooo good. END_OF_DOCUMENT_TOKEN_TO_BE_REPLACED

These five words might change your life: Farmer Willie’s Alcoholic Ginger Beer. Co-founders Nico Enriquez and Max Easton were in studio with me this morning. Nine-packs and kegs of Ginger Session coming next week! END_OF_DOCUMENT_TOKEN_TO_BE_REPLACED