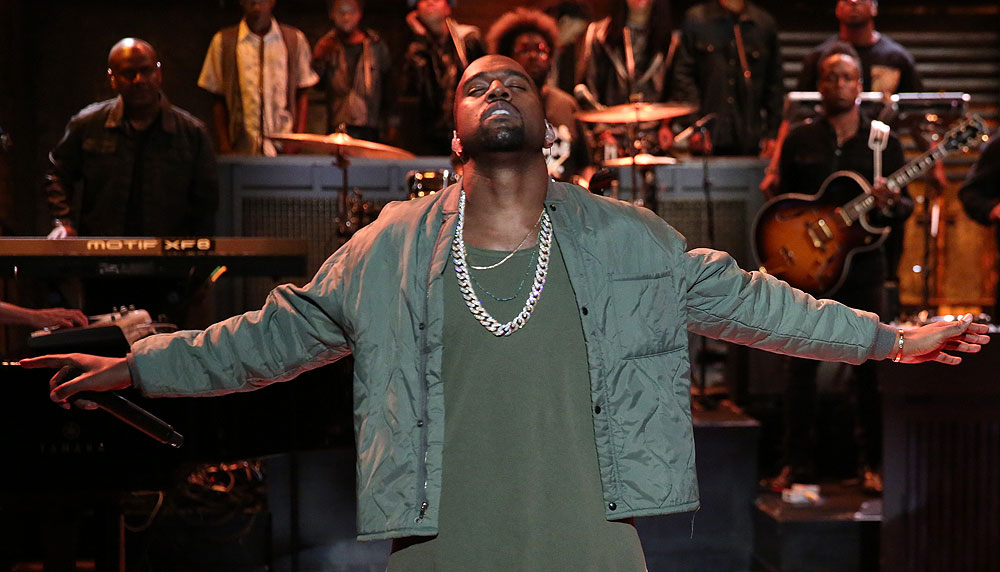 Kanye West is not a God. In the amazing interview with the BBC’s Zane Lowe that led to his beef with Jimmy Kimmel, Kanye described himself as a “young revolutionary coming from Chicago.” But, how revolutionary can an artist be when they have won 23 Grammys and become known as a connoisseur of leather pants? Before his show Sunday at the TD Garden with Kendrick Lamar (to which tickets normally cost around $200), we’re left wondering: Does Kanye remain innovative and alternative or is he an entrenched part of the mainstream?

Of course, he may be the most influential and talented rapper/producer/artist/fashion setter/college dropout in the history of hip-hop (and according to Complex, the most influential artist of the 21st century, on par with Picasso’s effect on 20th century art). Every album he’s made is unlike any other album charting at the same time. But has Kanye really challenged art and pushed the avant-garde?

What makes an artist revolutionary?

Or more specifically, what makes an artist revolutionary in hip-hop? When West’s “College Dropout” dropped in 2004, the story goes that rap music changed forever as the rapper paradigm shifted from a gun-toting 50 Cent to an introspective, socially-conscious Kanye. His first album debuted at No. 2 on the Billboard Charts and sold 440,000 copies in its first week. “Slow Jamz” and “Through the Wire” were instant radio hits. Still, the genre remembered its past.

Just one month after “Slow Jamz” peaked, J-Kwon’s “Tipsy” became the owner of the chart position for five weeks. The next year, we saw 50 Cent reclaim his No. 1 rap song spot from March to July.

“College Dropout” changed the face of mainstream hip-hop by adding a new dimension that hadn’t been seen since the days of De La Soul. Kanye paved the way for artists like Plies and Young Joc, stripping nothing from hip-hop while adding a new element. But West didn’t change the sound of hip-hop — he merely allowed a new sound to become accepted as part of the status quo, which is now heard in major genre headliners like Lupe Fiasco, B.o.B, and Drake, all of whom credit West as one of their primary influences.

Kanye and the underground

Yeezy has always had his ear to the ground. From co-signing Tyler, The Creator to Chief Keef, West is aware of artists who are truly pushing artistic boundaries. This is especially clear in this year’s album “Yeezus,” which appropriates the nihilistic sounds of Chicago drill music with minimalism, a hallmark of executive producer Rick Rubin. Kanye didn’t deny his influences on the record (though he did mention a lamp was his greatest influence). Still, Greg Kot of the Chicago Tribune argued that on this record, West verges on stealing rather than borrowing.

Underground artists like Young Hoodchiano, Cities Aviv, B L A C K I E, and LE1F are all challenging the modern construction of hip-hop through aggressive instrumentation, the dismissal of the macho-man archetype in hip-hop, or through painful nihilsm. None of them will likely achieve Kanye’s fame. Almost certainly, none of them will even come close.

What Kanye has done is take the sounds these artists are pioneering and forced them into the Twitter feed of the mainstream. He is not pushing hip-hop’s boundaries but instead acting as the gatekeeper, selecting what will be allowed in. He has created a space for himself where no one can challenge him, as the liaison between mainstream and underground. Fans expect him to change his style drastically on each new album, which gives him artistic liberties few other mainstream artists enjoy. And as the New York Times noted, his frequent infamous outbursts give him one of the loudest voices in music. His artistic liberties and expected rants allow Kanye to study the underground while creating big ticket projects unlike any other in popular rap music.

This is good because it allows him to test the waters and shake up the mainstream, as he did on “Saturday Night Live” when he spread anti-consumerist Marxist messages, as heard in “New Slaves.” Kanye’s massive presence, ability to connect with the underground, and influence on today’s most popular rap stars cements his position as hip-hop’s most important artist. But that still doesn’t make him the most innovative or avant-garde in the genre.

If you catch him at the Garden on Sunday, it’ll probably be an amazing show. It’s Kanye. Just be aware that what you’re hearing is not groundbreaking — it’s merely a musical aggregation of what already exists underground.

Enter to win tickets to see Trio Da Kali at The Villa Victoria Center of the Arts (Newton, MA) on April 10th. END_OF_DOCUMENT_TOKEN_TO_BE_REPLACED

END_OF_DOCUMENT_TOKEN_TO_BE_REPLACED

Enter to win tickets to Rhye at The Paradise on February 28th. END_OF_DOCUMENT_TOKEN_TO_BE_REPLACED

Her new album has been pushed back, but we have Kimbra’s new single for you. END_OF_DOCUMENT_TOKEN_TO_BE_REPLACED

The folk duo returns with a new record this week. END_OF_DOCUMENT_TOKEN_TO_BE_REPLACED

Now that we’re done looking back at 2017, let’s look ahead at 2018. END_OF_DOCUMENT_TOKEN_TO_BE_REPLACED

Our first Song of the Week for 2018. END_OF_DOCUMENT_TOKEN_TO_BE_REPLACED

In a year when so many things were off, the music was right on. END_OF_DOCUMENT_TOKEN_TO_BE_REPLACED