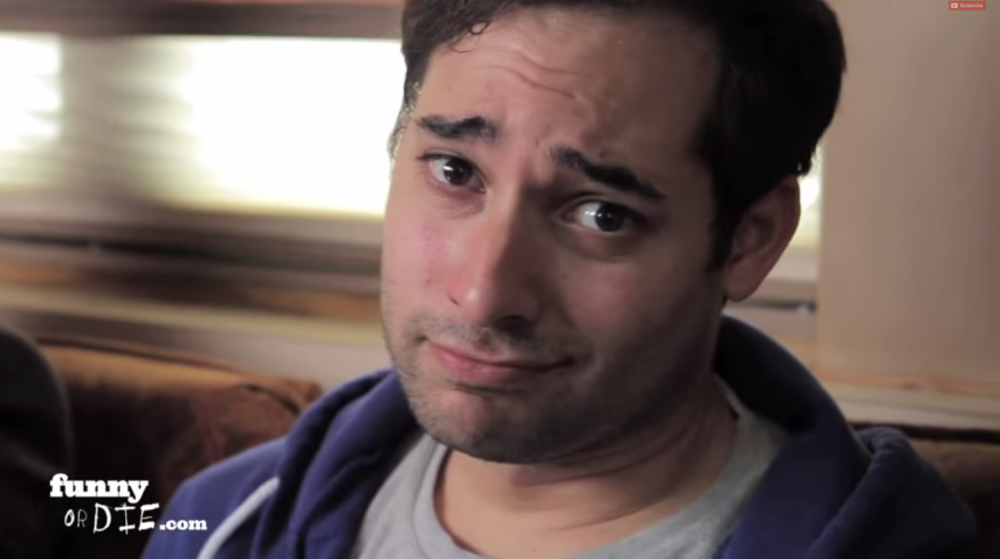 Parks and Recreation executive producer, comedian, Emerson College alum and eternal Phish fan Harris Wittels was found dead yesterday in his LA home of a suspected drug overdose. He was 30 years old. Wittels’ death sent waves through the comedy community, as another major figure tragically passed before their time.

Wittels, a Houston native, was known for his standup, his work on several popular shows, and for popularizing the term “humblebrag,” which was ultimately added to the Oxford English Dictionary and inspired his book Humblebrag: The Art of False Modesty.

A graduate of Emerson College who began his work as a comedian in Boston, Wittels was impressively prolific for someone of so few years, and was transparent about his drug use and several stints in rehab, particularly in a recent episode of comedian (and Lexington, MA native) Pete Holmes’s podcast You Made It Weird. While still in college, he performed standup around the city and had performed at The Naked Show at ImprovBoston in the mid-2000s, according to writer Sean McCarthy. He was also a popular standup comedian who performed regularly in Los Angeles.

The overdose arrives on the heels of a handful of years where Wittels had been struggling with drug abuse, first with pills and eventually heroin, by his own admittance. He will be remembered for his work on Parks and Recreation, a show that he executive produced and wrote famous episodes like 2013’s “Filibuster.”

In thirty short years, Wittels produced an impressive amount of work, beginning as a writer for The Sarah Silverman Program right out of college. He leaves behind a legacy of incredible work, and yet another cautionary tale of addiction. While there’s plenty of time to reflect on the impact of drugs on the comedy community, we remember some classic Wittels work here, and provide a 101 course for those who didn’t get a chance to get acquainted with his comedic voice.

Along with executive producing Parks and Recreation, he made occasional cameos on the show, appearing in this clip as Harris the Animal Control Guy who, incidentally, had a drug problem as well. Note the Phish t-shirt.

A staple of the LA comedy community, he was a popular guest on Comedy Bang! Bang! podcast for his segment “Harris’s Foam Corner,” where he’d read bad jokes that he’d texted to himself, or those that lived in the eternal purgatory of his Twitter drafts.

Wittels has been drumming with rock trio Don’t Stop or We’ll Die for several years, who released a mix of pop and comedy songs that had a scheduled date at the Upright Citizens Brigade Theater in Los Angeles on February 28th. The group had previously released the 2011 EP One of the Gang and the 2014 full-length album Gorgeous.

He and Comedy Bang Bang! host Scott Aukerman collaborated again on Analyze Phish, a podcast where Wittels would persistently try to get Aukerman to become a fan of Phish (spoiler: to no avail), culminating in an episode where the two take drugs and go see Phish at the Hollywood Bowl in one final attempt to get the Bang! Bang! host on board.

This episode, released in June of last year, included a preface about Wittels’ drug addiction – between the original recording at the Bowl and its release, he had spent several months in rehab and spoke to it before playing footage of himself high.

“If someone wants to put something in their body, that’s on them” he said to Aukerman before launching into a joke that explained that he believed in “the war on Christmas” and celebrated it every day.

WTF with Marc Maron re-posted an interview with the comedian in honor of his passing, in which he also discusses his struggles with drugs. Wittels later told Pete Holmes about a thirty-day stint at a rehab facility in Malibu in a November interview on You Made It Weird, a story that also includes a bizarre sidebar about his brush and near-envelopment in scientology.

Many comedians have taken to retweeting some of Wittels’ funniest one-liners in his memory.

I can tear up from thinking about a fat nerd's dad loving him.

What's tightest about adulthood: if i open a pack of fruitsnacks and there ain't enuff reds, I can just CHUNK that bitch and open a new one.

Wheat Thins? Call me when they're Wheat THICKS! Gimme that wheat!

Old collaborators like Sarah Silverman and Scott Aukerman (of Comedy Bang! Bang!) reacted to the news on Twitter last night.

I knew and loved @twittels #humblebrag

You should know that Harris was brilliant beyond compare. That his imagination was without limit. That he loved comedy more than anything.

Such heartbreaking news about Harris Wittels. A really funny guy.

Rest in peace Harris Wittels such a sudden and unexpected loss.

So funny, honest and loving. We lost a great one today. So sad.

Comedian and fellow Emerson alum Joe Mande, who formed a sketch group with Wittles while at the college and worked with him on Parks and Rec, offered his own unique eulogy.

I met Harris in 2002 & sought his approval ever since. He was the most effortlessly funny person I've ever known. He'd hate all these tweets

Amy Poehler, star of Parks and Rec and longtime collaborator with Wittels, spoke on her friend’s behalf when receiving an award at a Variety charity event last night, according to TIME.

“I don’t really feel like telling any jokes,” she told the audience. “I’m kind of sad, and it’s really great to be here tonight and listen to all of you, and listen to the great work that you do and be reminded why we live in this bizarre planet called ‘Hollywood.’ It’s very strange.”

Others shared strings of hilarious emails and photos Wittels had sent over the years during his time on Parks and Rec, a show he joined in its second season and appeared on just last week. The series finale of the show will air next week.

Though there is addiction in all walks of life, this marks yet another comedian’s death due to substance abuse, an especially tragic loss considering his age. Wittels performed his final set at The Meltdown in LA on Wednesday night, and is said to have discussed his current sobriety in addition to his normal material.

@kumailn I took this last night. What a fucking tragedy. pic.twitter.com/O3xeKEjCY8

"we're all trying to avoid thinking about death, that's why we get excited about these stupid, human interactions." – Harris last night

An especially poignant moment from his last appearance on You Made It Weird in November:

Wittels had been to rehab twice, once in Malibu and once in Oregon, in the past several years.

“I feel good, I feel hopeful, I feel optimistic, I feel clearheaded,” he told Holmes. “And I also feel sometimes like I wanna use drugs still, and that’ll just be there forever.”

For more of his work, check out his hilarious Twitter feed, his book, the hilarious Analyze Phish saga and every episode of Parks and Rec that has his signature sense of humor (which is most of them).

It’s always tragic to lose a beloved cultural figure to addiction, but perhaps even moreso to one who still had so much work to do. RIP Harris Wittels, I still don’t understand Phish.

Enter to win tickets to see Trio Da Kali at The Villa Victoria Center of the Arts (Newton, MA) on April 10th. END_OF_DOCUMENT_TOKEN_TO_BE_REPLACED

END_OF_DOCUMENT_TOKEN_TO_BE_REPLACED

Enter to win tickets to Rhye at The Paradise on February 28th. END_OF_DOCUMENT_TOKEN_TO_BE_REPLACED

Enter to win a pair of tickets to attend The Hess Collection Seminar and Dinner as part of Boston Wine Festival 2018 at the Boston Harbor Hotel on Wednesday, March 14th. END_OF_DOCUMENT_TOKEN_TO_BE_REPLACED

Her new album has been pushed back, but we have Kimbra’s new single for you. END_OF_DOCUMENT_TOKEN_TO_BE_REPLACED

The folk duo returns with a new record this week. END_OF_DOCUMENT_TOKEN_TO_BE_REPLACED

Now that we’re done looking back at 2017, let’s look ahead at 2018. END_OF_DOCUMENT_TOKEN_TO_BE_REPLACED

Our first Song of the Week for 2018. END_OF_DOCUMENT_TOKEN_TO_BE_REPLACED