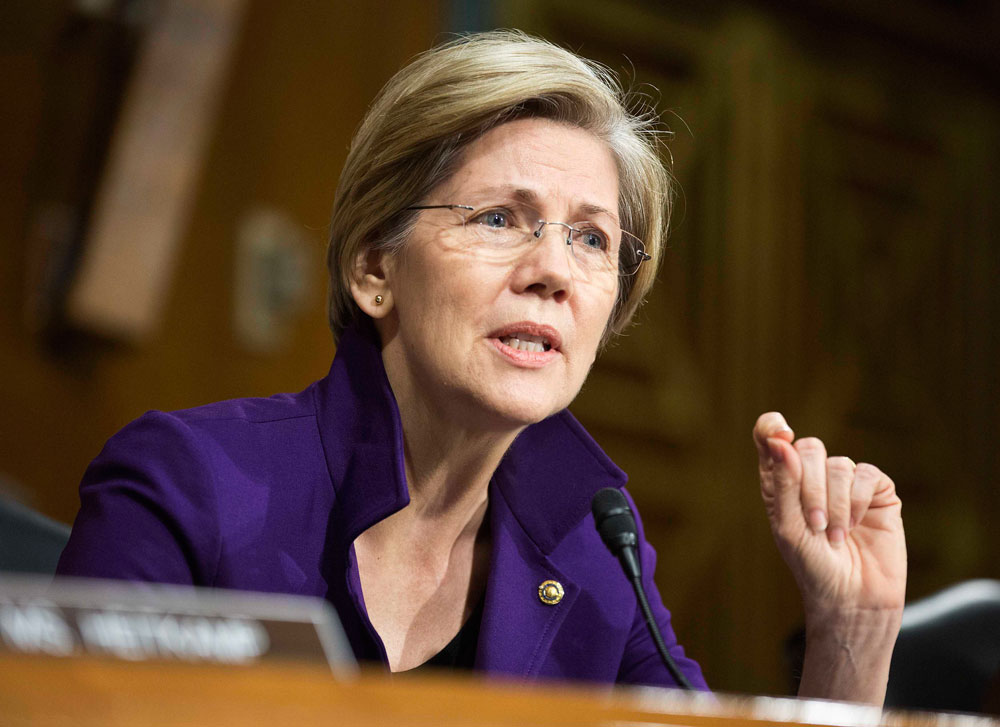 Despite only being in Washington for one year, Massachusetts Senator Elizabeth Warren has led the democratic charge on a whole range of progressive issues, from the defense of social security to an increase in scientific funding. I sat down with the freshman senator with the rest of the Globe editorial board today, and over the course of the hour-and-a-half long conversation, two things became abundantly clear.

First, despite her seemingly shortsighted grandstanding on certain issues, she is in for the long haul on the issues she is passionate about, and second, she will work every angle to get the job done. Nowhere is this more clear than in her work to reform student loans. This summer she fought tooth and nail to preserve low interest loans to college students, going so far as to buck party leadership by voting against a bi-partisan bill that raised the interest rate charged on federal student loans, but by a much smaller rate than Republicans wanted. The move won her both supporters and enemies, but she said that part of her plan was to lay the groundwork for future reform. “Student loan debt will still be on the table,” she said.

During this process she was able to make some alliances, but most of them have been within her own party, including ties with senator Mark Begich from Alaska and Jack Reed from Rhode Island. It remains to be seen whether this work will pay off next time the issue comes up for a vote, but if it does, then it will be a huge victory for both Warren and recent college grads alike.

While many have called out Davis since a video of her refusing to issue a marriage license to Rowan County residents David Moore and David Ermold went viral in July, relationship columnist and gay activist Dan Savage went a step further on MSNBC Tuesday night, saying that “this is about someone hypocritcally looking to cash in”. He added: “And she is a hypocrite.” END_OF_DOCUMENT_TOKEN_TO_BE_REPLACED

END_OF_DOCUMENT_TOKEN_TO_BE_REPLACED

Supreme Court Justice Ruth Bader Ginsburg probably already has plans for Passover, but you can bring a little of your favorite female politician to the table this year with a new piece she wrote for the American Jewish World Service. Hey, that’s more RBG than you were betting on, right? END_OF_DOCUMENT_TOKEN_TO_BE_REPLACED

Beloved Bostonian Ben Affleck was on television today, but not on the usual channels — he was testifying at a Senate hearing on C-SPAN regarding foreign aid and international diplomacy. But before discussing this serious topic, he managed to drop a bit of a spoiler for the upcoming Batman film while giving a shoutout to a longtime New England senator. END_OF_DOCUMENT_TOKEN_TO_BE_REPLACED

It has been a busy week for Republican Senator Ted Cruz, most notably for throwing his hat in for the 2016 Presidential race. As is expected, the scrutiny began almost immediately, with many people quick to point out Cruz’s website snafu among other things. One odd tidbit that has come to light, however, is Cruz’s taste in music, and how it changed after September 11, 2001.  END_OF_DOCUMENT_TOKEN_TO_BE_REPLACED

Readers interested in Cruz’s run can visit his official campaign website at tedcruz.org — not tedcruz.com, dot org. That’s because someone else owns Tedcruz.com, and has been using it to voice support for President Barack Obama. END_OF_DOCUMENT_TOKEN_TO_BE_REPLACED