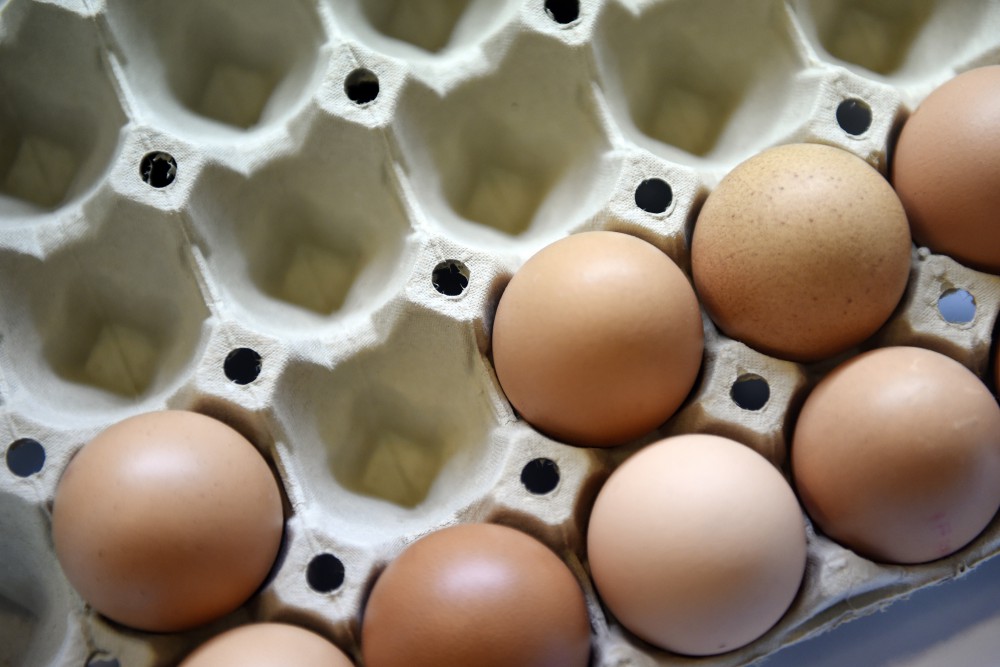 Either 85-year-old Albert Clemens of Euclid, Ohio made a serious neighborhood faux pas or he’s become the sole target of indiscriminate, protein-injected rage as his home has been pelted with eggs several times a week for the past year, with no clear culprit.

According to a report from the Cleveland Advance, the eggs appear to be launched from a block or so away with uncanny accuracy. As of now, the police can only surmise that “somebody is deeply, deeply angry at somebody in that household for some reason” – Clemens has been known to call 911 on neighbors for drug activity in the past.

The police force has tried to find DNA or fingerprints on the eggs, but the perp’s weapons of choice “releases proteins that destroy DNA” when they make contact with the house. In typical small town police force style, there have been times since the attacks began in March 2014 that the entire force has been dedicated to figuring out who the dedicated Clemens nemesis is, with no luck.

The egger seems relatively nonplussed after logging over 100 attacks in the past year. Keeping with their shameless breakfast food-based life of crime, eggs have been launched at the Clemens property while the police have been investigating on-site. No restaurants or local grocery stores have had eggs stolen, nor have noticed customers purchasing unusual amounts of the product.

“The man hours put into that investigation were huge and one of the reasons it’s so frustrating that we don’t have somebody right now that we can criminally charge,” said Euclid Lt. Mitch Houser.

Which leaves us with only one question…how long until we get a Law and Order based on this case?

This should never have happened. END_OF_DOCUMENT_TOKEN_TO_BE_REPLACED

I spend far too much time on Twitter. Here’s a handful of posts from last year that I found to be entertaining on one level or another. Enjoy. END_OF_DOCUMENT_TOKEN_TO_BE_REPLACED

Apologies in advance for burying this in your skull forever. END_OF_DOCUMENT_TOKEN_TO_BE_REPLACED

If you like cover songs, you’re gonna love this. And by love, we mean probably hate. END_OF_DOCUMENT_TOKEN_TO_BE_REPLACED

Whether you celebrate the unofficial beginning of summer on Memorial Day weekend, or Meteorological Summer on June 1, or the Summer Solstice, make no mistake: summer is here. END_OF_DOCUMENT_TOKEN_TO_BE_REPLACED

The nu-metal mainstays have covered the unlikeliest of songs. END_OF_DOCUMENT_TOKEN_TO_BE_REPLACED

Ladies and gentlemen, from the far-reaches of the internet, I present to you…La Boing Boing Rock Band. END_OF_DOCUMENT_TOKEN_TO_BE_REPLACED