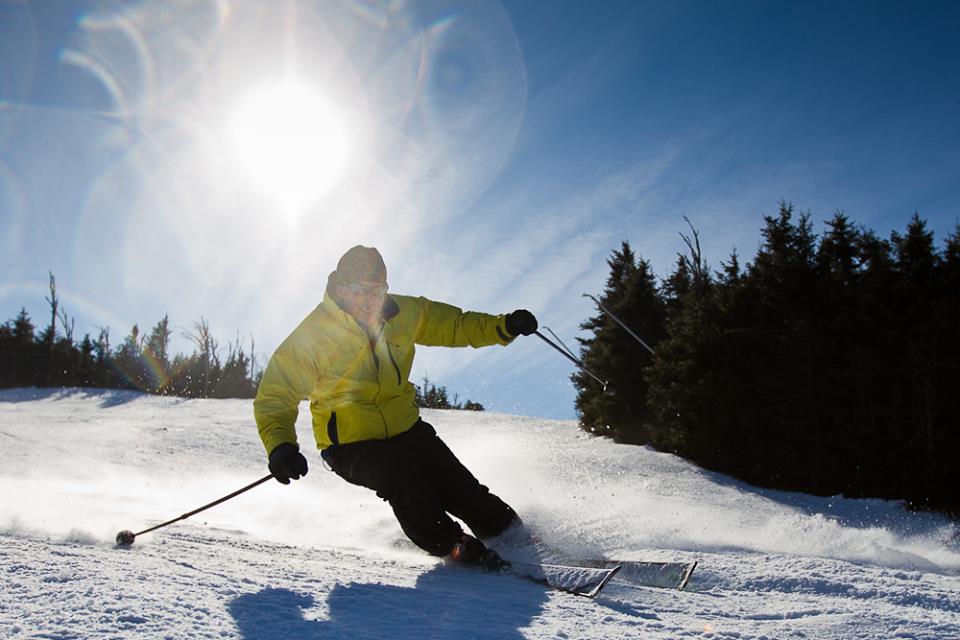 A U.S. Grand Prix wrap up, and look ahead at some screenings coming up in December.

It was a first career Grand Prix podium for Drew, who struggled in her first two runs, but was able to collect herself and put it together on her third and final run. “I just went up top and talked to my coaches to discuss what I needed to do better,” Drew said. “I kept my spirits up and just put it down, which I’m excited about.”

It was Logan’s fourth halfpipe podium at the Grand Prix—a rare double threat. She also has three slopestyle podiums, including a win at Park City in 2014.

Marie Martinod of France won the event in what turned out to be a challenging halfpipe, due to all the fresh snow that has been falling at Copper Mountain over the past several days.

It was USA’s Hagen Kearny that took top honors after surviving TWO final runs. Get the story here.

Located only 4 km from the north end of Québec City, the Hôtel de Glace is a must-see attraction to discover every winter. The only Hôtel de Glace in America, has seduced over a million people around the world since its opening in 2001. With its huge snow vaults, its crystalline ice sculptures its 44 rooms and suites, the Hôtel de Glace impresses by its dazzling decor.

From January 4 until March 26, 2017 enter this magical universe by visiting or lodging in this ephemeral work of art. Click here for details.

Ruin and Rose takes place in a surreal future where the world is left without water and consumed by sand: the Big Empty. A group of children survives alone on the edge of the endless desert in the ruin of the now. When a young boy unearths an ancient relic hinting at the lost wonders of winter, he sets off in search of the ghosts that once called the mountains their home. This bold cinematic experience balances stunning skiing with a wild and hopeful journey into the forgotten lands of myth and magic beyond the Empty. Dan hosts a screening at The Flying Monkey on December 29.

Then, on December 30, it’s the latest Warren Miller film: Here, There, and Everywhere at Jean’s Playhouse.

Don’t forget to catch Dan with Adam 12 on Fridays at 2, presented by Killington, Elan, The North Face, Big Sky Resort, and Nashoba Valley.

Enter to win tickets to see Trio Da Kali at The Villa Victoria Center of the Arts (Newton, MA) on April 10th. END_OF_DOCUMENT_TOKEN_TO_BE_REPLACED

END_OF_DOCUMENT_TOKEN_TO_BE_REPLACED

Enter to win tickets to Rhye at The Paradise on February 28th. END_OF_DOCUMENT_TOKEN_TO_BE_REPLACED

Click here to see where we’ll be the rest of the season! END_OF_DOCUMENT_TOKEN_TO_BE_REPLACED

END_OF_DOCUMENT_TOKEN_TO_BE_REPLACED

Enter to win a pair of tickets to attend The Hess Collection Seminar and Dinner as part of Boston Wine Festival 2018 at the Boston Harbor Hotel on Wednesday, March 14th. END_OF_DOCUMENT_TOKEN_TO_BE_REPLACED

The Black and Gold continue their run tonight at TD Garden. END_OF_DOCUMENT_TOKEN_TO_BE_REPLACED

Her new album has been pushed back, but we have Kimbra’s new single for you. END_OF_DOCUMENT_TOKEN_TO_BE_REPLACED