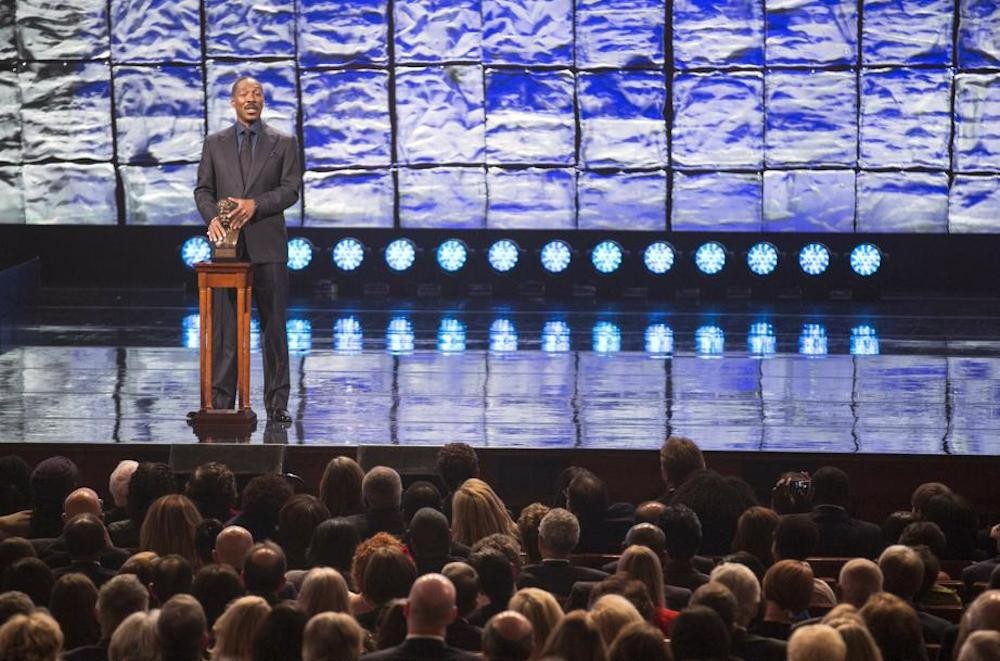 Eddie Murphy accepted the Mark Twain Award for American Humor Sunday night at the Kennedy Center in New York City, and in doing so, told his first onstage joke in 28 years.

After famously telling zero jokes during his five-minute speech on Saturday Night Live‘s 40th anniversary and refusing to reprise his Bill Cosby impression during the show’s Celebrity Jeopardy sketch, Murphy wowed the audience with his pitch-perfect take on Cosby.

So what changed Murphy’s mind? And what does any of this has to do with Boston? 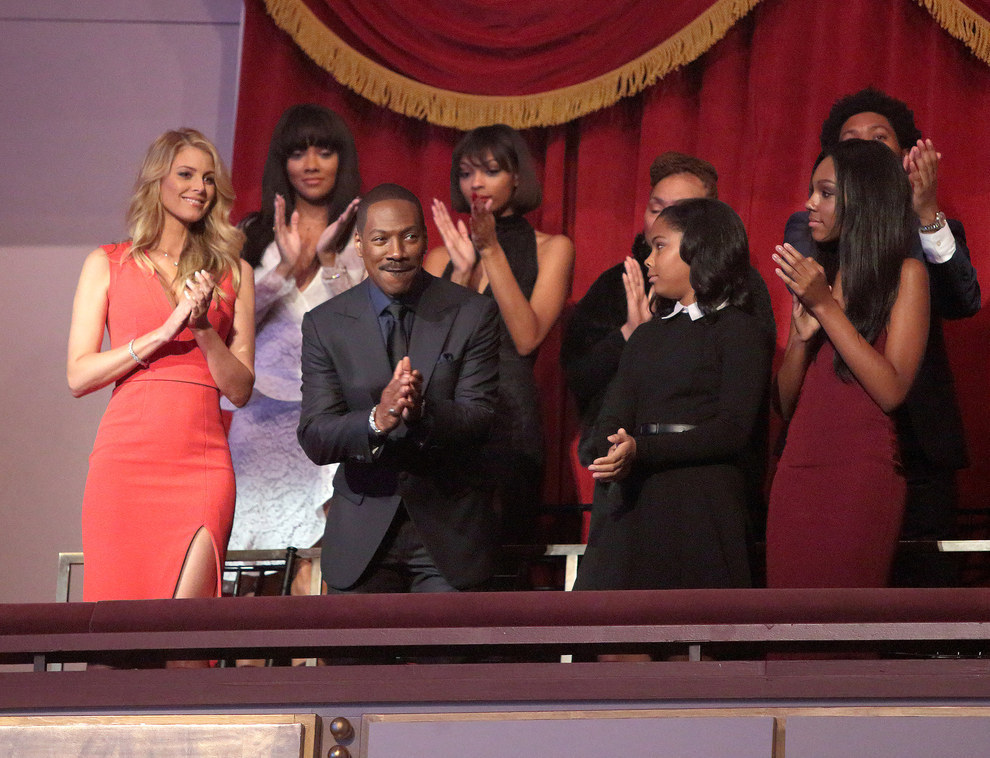 During his acceptance speech, Murphy began to talk about what it meant to win the Mark Twain Award.

Then Murphy said he would love to see an angry Cosby come back to do one show and just “talk crazy,” before launching into a Cosby impression he’s been perfecting for over three decades.

Murphy has previously said he didn’t want to imitate Cosby on SNL, with comedian Norm MacDonald (who wrote the sketch) claiming it was because Murphy didn’t like the idea of “kick[ing] a man when he was down.” Murphy told the Washington Post earlier this month that although he thought Macdonald’s script was hilarious, he didn’t think it was right.

But a Washington Post story says Murphy had been considering telling a few jokes for the Twain Award ceremony, and tried out his impression in a hotel room prior to the show with two close friends: Comedians Chris Rock and Arsenio Hall.

Hall recounted talking through the bit with Murphy and Rock in the hotel room.

So what does all of this have to do with Boston? It turns out Massachusetts colleges have given a disproportionate number of honorary degrees to Cosby. Some have rescinded the degrees, with Tufts University the most recent school choosing to take back Cosby’s degree on October 15.

Boston University, on the other hand, has no current plans to rescind Cosby’s degree. BU spokesman Chris Riley told The Boston Herald in November 2014 that they were “monitoring legal developments,” and earlier this month told the Herald there was “nothing new to report.”

Watch a clip of Murphy addressing the audience below.