Meet the Woman Painting Portraits of Her Dunkin’ Donuts Customers 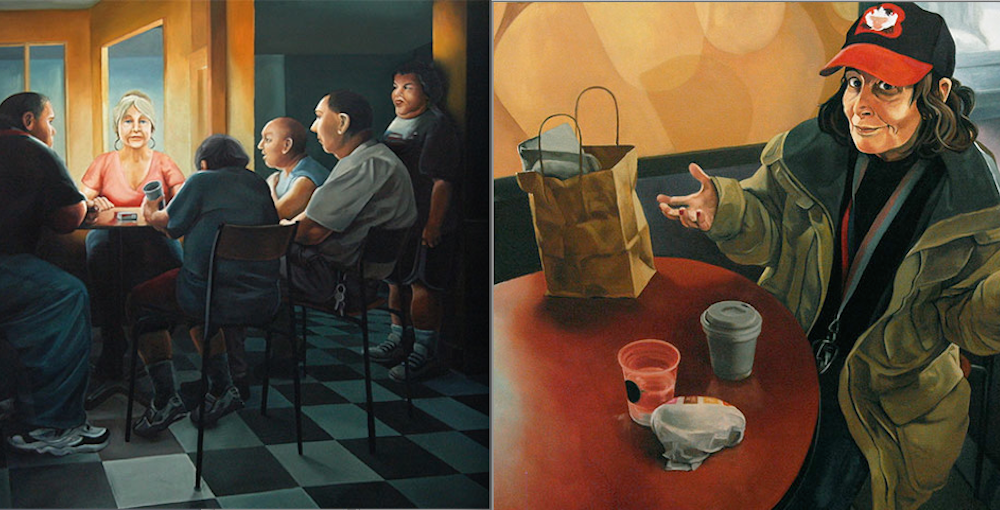 Go to a coffee shop often enough, and you’re bound to see the same people again and again. That’s especially true for coffee shop employees, who quickly learn the names, orders, and mannerisms of their regulars. Amberlynn Narvie has gone a step beyond that — she has spent the last year painting a series of portraits of the regular customers who frequent the Dunkin’ Donuts she has worked at for the last three years in Beverly.

Narvie recently left her Dunkin’ Donuts job in anticipation of her graduation from the Montserrat College of Art in May. She started working at Dunkin’ to help pay for college, but her three years there provided much more than a dent in her college tuition — she gained valuable experience, met interesting people she would not have met otherwise, and gained inspiration for her senior thesis project. 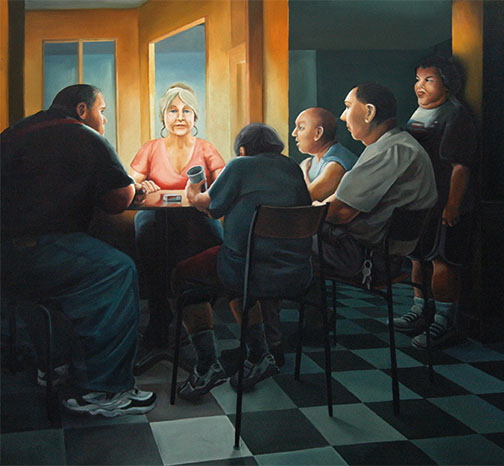 Narvie, 21, began painting as a child, and continued to show interest in art through her formative years in Rutland, Massachusetts and Maine.

When Narvie met with her thesis advisor, she decided to paint a series on her regular customers. She’s been posting the portraits on her blog, The Coffee Regulars. Her portraits received positive responses from Bostonians and art enthusiasts alike when she submitted The Coffee Regulars to Reddit.

“We go through our days and our lives and we meet or see many people, people that we wouldn’t necessarily stop to talk to or get to know, Narvie said. “I guess my paintings are meant to give these people’s stories a voice that would otherwise not exist outside of their own world. No one is an extra, we’re all leads to our own stories.”

Though Narvie’s gallery show for her thesis is at the end of the month, she’s vowed to finish three more portraits she’s been working on.

“Once my senior show happens, I’m going to continue to do the paintings, Narvie said. “Because I’m in it, I’m involved now.” 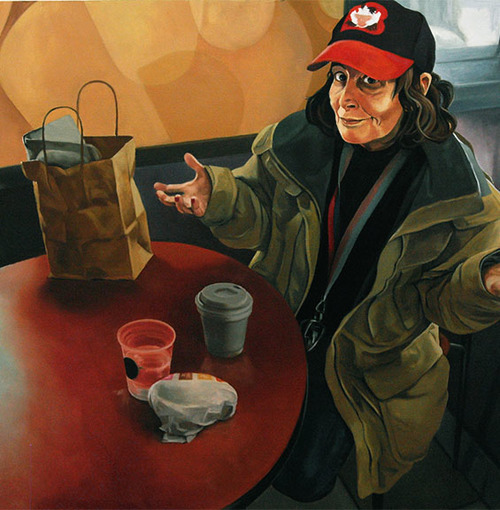 The Dunkin’ Donuts in Beverly is only a five-minute walk from Narvie’s classes, and she still sees her regulars around town.

“There’s no drive-through at our Dunkin’ Donuts, so you have to come in,” Narvie said. “It’s very personable, and I’ve gotten to know a lot of people.”

“Linda, the person who I did the painting of … I saw her yesterday and showed her the painting for the first time. And she was really emotional, very floored. It was amazing to see that.” 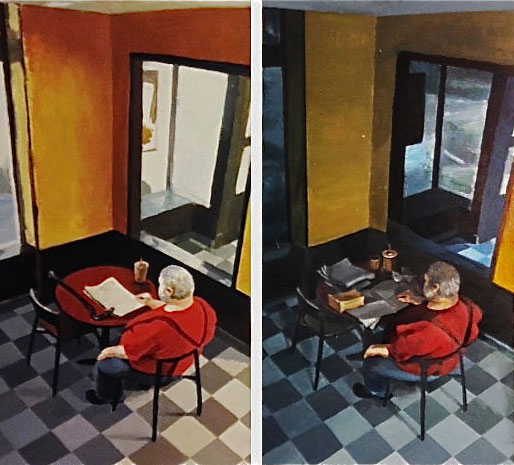 Every one of Narvie’s subjects turned her down at the beginning. Not out of hatred, but because, as Narvie put it, not being used to the attention of “a random weirdo asking to paint them.” And in the end, all of her subjects have been happy with the end result.

When asked about an overarching message she’s trying to convey with the Coffee Regulars, Narvie has a lot of thoughts.

“I have worked at Dunkin’ Donuts for several years, and encountered many types of people,” Narvie said. “People who endure adversity, who bring others together, who work long hours, have aspirations, unique interests and overall have colorful lives that many people just don’t see or know about.”

“My paintings are meant to capture these moments, those golden seconds when the veil that we all wear comes down and our true selves are revealed. It’s not always pretty or romanticized — these people are very real, and deal with real circumstances. I prefer to depict them as close to the truth as possible.” 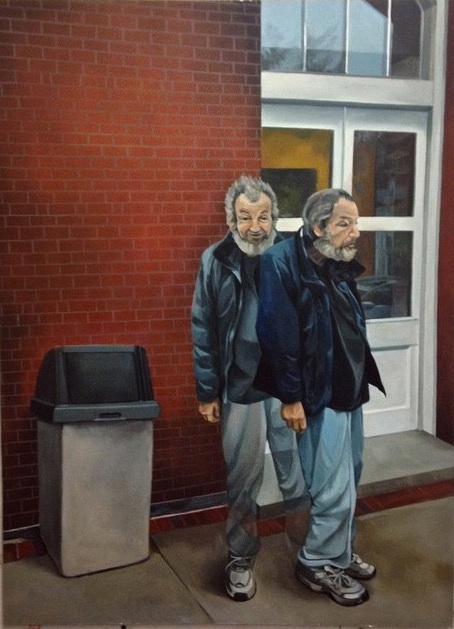 Narvie’s Coffee Regulars show will be held at the 301 Gallery at 301 Cabot Street, Beverly, MA, on April 29 at 5 p.m. The show is open to the public. And if you’re looking for a quick cup of coffee in the area, head down the street to the Dunkin’ Donuts at 188 Cabot Street. You might just meet one of Narvie’s regulars.

Enter to win a pair of tickets to attend The Hess Collection Seminar and Dinner as part of Boston Wine Festival 2018 at the Boston Harbor Hotel on Wednesday, March 14th. END_OF_DOCUMENT_TOKEN_TO_BE_REPLACED

Wednesday is Food Day, after all. END_OF_DOCUMENT_TOKEN_TO_BE_REPLACED

It’s been a crazy week with all the snow. We need a drink. END_OF_DOCUMENT_TOKEN_TO_BE_REPLACED

Amazing sandwiches for a good cause? Make a bunch for us! END_OF_DOCUMENT_TOKEN_TO_BE_REPLACED

And they came to our studios, too! END_OF_DOCUMENT_TOKEN_TO_BE_REPLACED

It’s almost time send off 2017 and welcome in 2018, and we have some ideas about how you can do precisely that. END_OF_DOCUMENT_TOKEN_TO_BE_REPLACED

The pics alone will make you want to make a reservation. END_OF_DOCUMENT_TOKEN_TO_BE_REPLACED

Some people love cooking for the holidays. Others, not so much. END_OF_DOCUMENT_TOKEN_TO_BE_REPLACED

There’s so many to keep track of, you might have missed this one. END_OF_DOCUMENT_TOKEN_TO_BE_REPLACED