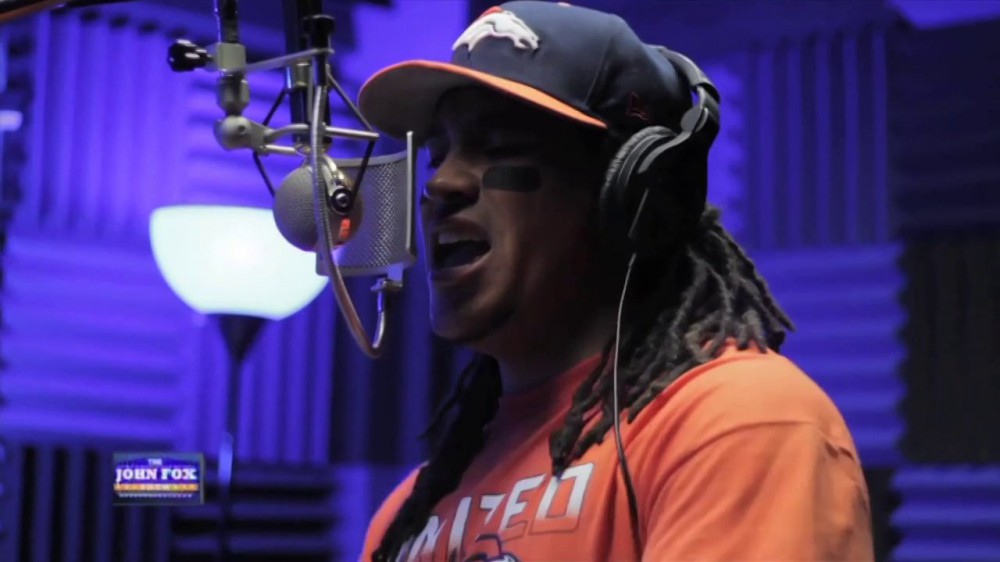 Denver has a rich musical history and a rich football history. You’d think that the two combined would lead to some epic fight songs. Unfortunately, while some of these selections are epic, most are epically bad. Let’s not be mistaken, Boston has had it’s fair share of awful fight songs, as well (need I remind you of “So Good”?). But it’s safe to say that the following attempts show that Broncos fans may be more concerned with getting YouTube views than having their beloved football team get a win.

Let’s start early discography. This killa track was recorded during the 1977-78 season, celebrating the team’s first Super Bowl appearance. This seems like a really good pump up song if you’re fishing in a creek or something. It wouldn’t be surprising if Archie used to play this for Peyton in the family’s old station wagon either.
Props to the ’98 Broncos for being good enough to get Master P to rap about you. Terrell Davis vibes HARD to this track while rocking a sick turtleneck. You can’t blame him though, Master P’s “ughhh’s” are untouchable.
The Baja Men had a huge hit in 2000 with “Who Let The Dogs Out?” Unfortunately, this somehow was translated into an open invitation for anybody and a microphone to record a parody. Some Broncos fan who sounds drastically less Bahamian than The Baha Men tried his luck at this one.
Colorado has a deep history in bluegrass. This isn’t quite a bluegrass tune, but we’ll let it slide anyway, mostly because Boston adopted the fake beard thing this past fall, which we may or may not look back on with embarrassment in the future.
Because Kanye totally had Jake Plummer on his mind when he wrote “Gold Digger.”
Sounds like somebody went to a Kid Rock concert and got a bit too mile high. This would have ruled in 1998, though.
This fiddle-sawin’ club banger is probably the most musically confusing of the Broncos’ repertoire. For real, this is an emotional jam, but the bumpin’ electronic beat also must bring the heat to every nightclub in Denver. Also, there are some image choices on the slideshow of the video, just look for the Jim Beam ad two seconds in.
No description needed. (Cries tears of joy.)
All obvious racism aside, this probably isn’t the worst version of this song that’s been recorded.
Broncos superfan and Internet lyricist The Mad Fanatic makes rap videos for just about every game that the Broncos play. Talk about dedication. He’s actually a pretty damn respectable rapper, too. By no means is he about to get a multi-million dollar deal with Def Jam, but it would be cool for the Broncos to throw this dude 50-yard line seats or something. Here is a track he wrote for the Pats game earlier this season.