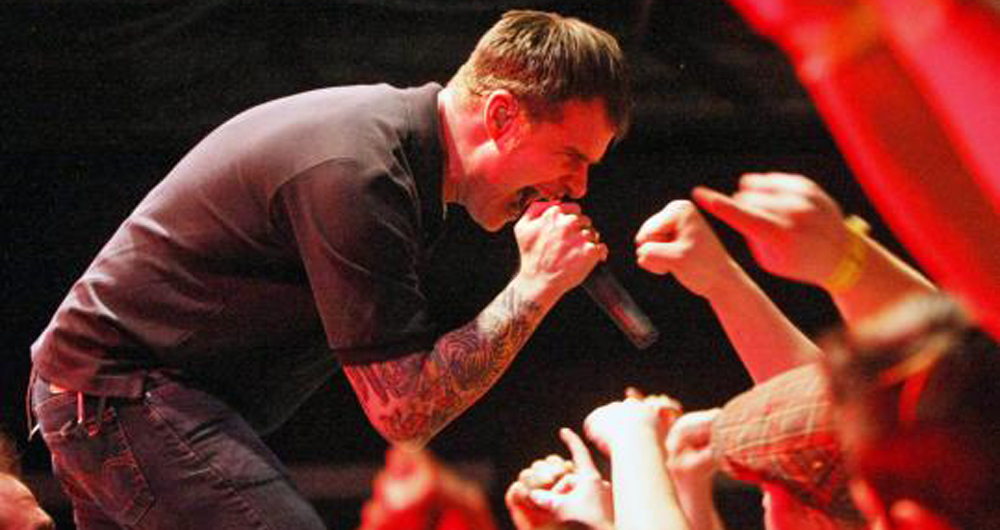 Yes, it’s a fine weekend to be alive if you enjoy math, the color green, or rocking out to killer live jams in Boston. If you’re looking for some opportunities for that last option, here are some good bets to guide you.

Boston Irish-punk legends Dropkick Murphys kick off its four-night residency tonight at the House of Blues. If you’re a well-studied fan, expect to hear some deeper cuts throughout this run, and if you live in Southie, have fun kehd (with Lucero, Skinny Lister, and Boston Strangler; 7 p.m., $32, all ages). Remember the show “The Adventures of Pete & Pete”? Well you should because it rules. You may remember the show’s house band, Polaris. The man at the front, Mark Mulcahy, is considered an enormous influence to many of our favorite indie rockers, and touring behind the release of his latest, “Dear Mark J. Mulcahy, I Love You,” the rocker will swing by Great Scott (with Mike Gent; 9 p.m., $12, 18+). For something a bit more local, head to The Sinclair and catch folk rockers Tallahassee, joined by Philly’s Toy Soldiers (with These Wild Plains; 9 p.m., $12, 18+).

It’s Pi Day, nerds! If you aren’t busy doing calculations in your head, or whatever mathematicians like doing, head to the Orpheum where some no-name pop star named Lorde is playing. You may know her by the song “Royals,” or just  by the fact that everybody has been talking about her for the past year (with Lo-Fang; 9 p.m., $43.50, all ages). Jazz-funk virtuosos Snarky Puppy just won Best R&B Performance at the 2014 Grammy Awards and will bring the groove to Berklee Performance Center, a big jump from Cafe 939, where the band was playing just a couple years ago (with Funky Knuckles; 8 p.m., $27, all ages). Local hip-hop funk collective The WonderMics will return to the stage at Brighton Music Hall (with Viva La Hop and Miss Fairchild; 8 p.m., $12, 18+). For something a bit more chilled out, check out New York-based producer Com Truise at Middle East Downstairs (with Phantoms and DJ Carbo; 8 p.m., $12, 18+). Dropkick Murphys will continue its St. Paddy’s Day run at the House of Blues (with Lucero, Skinny Lister, and Rival Mob; 7 p.m., $32, all ages).

Before getting your drink on, be sure to get your groove on with one of these danceable options. New York City producer Kap Slap rose to prominence on the college circuit remixing top 40 in his signature style, and will make a stop at The Paradise (with Kasum and Dotcom; 7:30 p.m., $15, 18+). For a more organically jazzy option, local organ-funk powerhouse Otis Grove will team up with legendary Boston rapper and Thievery Corporation member Mr. Lif for a live set at Church (with Akashic Record and Elephant Proof; 8 p.m., $12, 21+). Local livetronic funkateers lespecial host a party at Great Scott along with Elephant Wrecking Ball and Light Bright (9 p.m., $10, 21+). Once again, Dropkick Murphys keeps the madness going at House of Blues for both a day show and an evening show (with Lucero, Skinny Lister, and 21st Century Fugitives; 1 p.m. and 7 p.m., $32, all ages).

St. Paddy’s Day can take a lot out of you, but if you still have the energy to rock after a day’s worth of partying, there are some good acts to check out. Los Angeles darkwave producer Jack Name recently released his latest, “Light Show” to positive reviews and will stop by Great Scott (9 p.m., $10, 18+). Local rap sensation Slaine has worked with the best over the years, both as a member of Special Teamz and La Coka Nostra and on his own. He will lead a big hip-hop bill at Middle East Downstairs (with Apathy, Rite Hook, and Moroney; 7 p.m., $18, 18+). Former locals The Shones return to town, bringing a slew of new surf-pop material in tow (with Geometrist and The Symptoms; 8 p.m., $10, 18+). Dropkick Murphys fittingly close out its annual run at House of Blues as well (with Lucero, Skinny Lister; 7 p.m., $32, all ages).

Enter to win tickets to see Trio Da Kali at The Villa Victoria Center of the Arts (Newton, MA) on April 10th. END_OF_DOCUMENT_TOKEN_TO_BE_REPLACED

END_OF_DOCUMENT_TOKEN_TO_BE_REPLACED

Enter to win tickets to Rhye at The Paradise on February 28th. END_OF_DOCUMENT_TOKEN_TO_BE_REPLACED

Her new album has been pushed back, but we have Kimbra’s new single for you. END_OF_DOCUMENT_TOKEN_TO_BE_REPLACED

The folk duo returns with a new record this week. END_OF_DOCUMENT_TOKEN_TO_BE_REPLACED

Now that we’re done looking back at 2017, let’s look ahead at 2018. END_OF_DOCUMENT_TOKEN_TO_BE_REPLACED

Our first Song of the Week for 2018. END_OF_DOCUMENT_TOKEN_TO_BE_REPLACED

In a year when so many things were off, the music was right on. END_OF_DOCUMENT_TOKEN_TO_BE_REPLACED