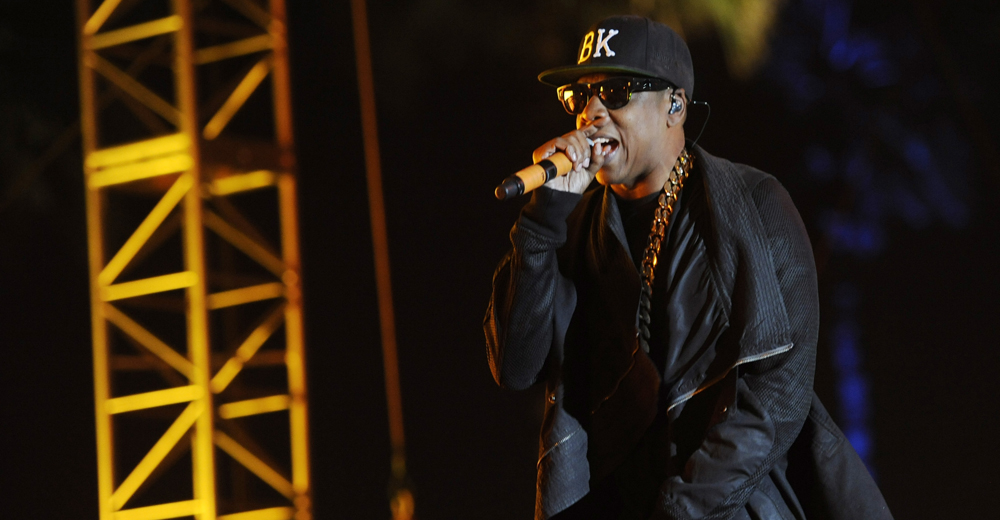 Earlier today, hip-hop power couple Jay Z and Beyoncé announced that their cash-hungry “On the Run” tour would be grubbing it’s greedy way to Gillette Stadium on July 1. All across the Bay State, there was a resounding “YAAAAAAASSSS” heard through the streets, but all that elation is misplaced, because the On the Run tour will be an epic disappointment for all in attendance.

Jay, who broke out as one of hip-hops most influential voices with his debut record “Reasonable Doubt” in 1996, has long since passed his prime. His most recent strugglefest, “Magna Carta Holy Grail,” which BDCwire editor Perry Eaton called “an absolute can of shit,” exemplified just how past his expiration date Hova is. Now, as his wife is skyrocketing with one of the boldest albums released in the last 10 years, Jay is grabbing at coattails to remain in the spotlight.

We saw this first with the “Watch the Throne” tour in 2011, where Jay Z was largely out-competed by protege Kanye West, who was bubbling off the release of his opus “My Beautiful Dark Twisted Fantasy.” Then, the aging rapper hooked up with Justin Timberlake for a largely unwanted collaboration on “Suit & Tie,” which was parlayed into the “Legends of Summer” tour, which did two nights at Fenway Park last August, despite the fact that no one really cared about Jay Z, his latest album, or his particularly lifeless verse on the Timberlake single. On the Run is just the latest piece of evidence suggesting that Jay Z isn’t a headlining act anymore.

With yet another unwelcome (and, frankly, sexist) feature in his pocket (“Drunk in Love”), Hova is pretty lamely limping towards the retirement he promised us all 11 years ago. The once-great rapper has reduced himself to shameless cross-branding (see his deal with Samsung to promote “Magna Carta Holy Grail” and his cognac deal with Bacardi), opting to sell out to sell big. He’s since become an anemic performer, an unmotivated writer, and a cash hog of NFL proportions, managing to stay relevant because of out-there business ventures like ROCNATION Sports and, yes, these larger-than-life co-headlining tours. Don’t take the bait.

Let’s face the facts – we’re way past the time of “Best of Both Worlds.” No, as Beyoncé is propping up her hubby’s slouching career, music fans will be forced to tolerate his schlubbery  across the country. It’s ironic how the two stars have exchanged verticals. Where Jay Z once used his meteoric rise to popularize Bey and Destiny’s Child (think “’03 Bonnie and Clyde” and “Crazy in Love”), his wife is now the one being piggybacked for more face time. Only now, it seems so much less authentic. “Chemistry” be damned, no one wants to see Jay Z awkwardly being upstaged by his own wife in the middle of a stadium.

Spending your hard-earned dollars to see Jay Z flame out in front of 68,756 Beyoncé fans is an abject waste of money – you’re better off waiting for her next solo tour (assuming Hova doesn’t elbow his way into that one, too).

Enter to win tickets to see Trio Da Kali at The Villa Victoria Center of the Arts (Newton, MA) on April 10th. END_OF_DOCUMENT_TOKEN_TO_BE_REPLACED

END_OF_DOCUMENT_TOKEN_TO_BE_REPLACED

Enter to win tickets to Rhye at The Paradise on February 28th. END_OF_DOCUMENT_TOKEN_TO_BE_REPLACED

END_OF_DOCUMENT_TOKEN_TO_BE_REPLACED

Enter to win a pair of tickets to attend The Hess Collection Seminar and Dinner as part of Boston Wine Festival 2018 at the Boston Harbor Hotel on Wednesday, March 14th. END_OF_DOCUMENT_TOKEN_TO_BE_REPLACED

Her new album has been pushed back, but we have Kimbra’s new single for you. END_OF_DOCUMENT_TOKEN_TO_BE_REPLACED

The folk duo returns with a new record this week. END_OF_DOCUMENT_TOKEN_TO_BE_REPLACED

Now that we’re done looking back at 2017, let’s look ahead at 2018. END_OF_DOCUMENT_TOKEN_TO_BE_REPLACED