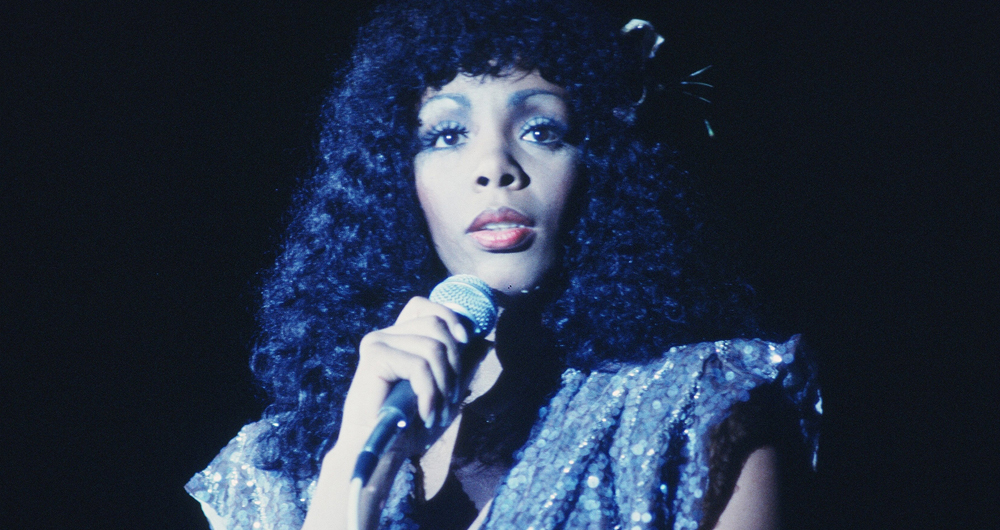 You haven’t heard the last of Donna Summer.

True, it’s been two years since the iconic performer passed away, leaving behind a legacy of hits — from “I Feel Love,” a record that essentially established a blueprint for modern electronic music, to classics like “Bad Girls, “Hot Stuff,” and “She Works Hard for the Money.” But on Friday, July 18 from 6-10 p.m., City Hall Plaza will host A Celebration of Summer, a ‘70s-inspired roller disco devoted to the Dorchester-born diva. The public party includes an outdoor rink and free rentable skates for boogieing in circles to DJ Kon, mingling with Donna Summer-inspired drag queens, and swinging by on-site food trucks. And fittingly, the event will kick off with a performance of “Angel,” a song by rapper, producer and music publisher O’Mega Red (real name Robert Grant), who just so happens to be Donna Summer’s nephew.

Summer sang the hook on “Angel,” which poignantly became the last song she recorded before her death.

“I want to make sure that her legacy is preserved,” says Grant, who worked on several tracks with his aunt during the last few years of her life. “Angel” was originally released in 2012, but Grant felt uncomfortable marketing the song when Summer passed away just a few weeks later. Now he’s planning a stronger rollout to a video release, one that coincides with a greater movement to honor the icon’s Boston roots and enduring legacy in the music industry.

“It’s overdue,” says Grant of the push for greater appreciation.

In June, the newly formed Dream Builders Youth Program unveiled a Donna Summer mural in the hallway of Dorchester’s Jeremiah E. Burke High School. And there is separately a larger campaign to establish some kind of permanent public memorial to Summer here in her native Boston.

“Her early records are really important to music history. She was the first and most successful artist to truly trust her talent to a computer,”” says David Day, co-founder and director of Mmmmaven, an electronic music production/DJ school, and Together Boston, an annual electronic music festival. In May, Dorchester-bred Mayor Marty Walsh dropped a Donna Summer track as the festival’s “ceremonial first beat,” and the Together Boston team partnered with the city to create Friday’s outdoors disco bash. Day says that more conversations are forthcoming with the Boston Art Commission about how to permanently recognize Summer’s local roots. (A statue? A museum?)

“Her music will stand the test of time,” says Day. “Electronic music is sometimes criticized for being thin or soulless. She was the first to bring humanity into the machine, and her legacy will only get larger.”

With the Daft Punk generation currently reveling in a new wave of disco-saturated sounds, it’s an apt time to revisit Summer’s catalogue, says Dorchester’s DJ Kon. “She was an innovator,” says Kon, who says on Friday he’ll spin disco classics alongside newer cuts that show its inspiration on more modern dance genres like house. (That’s not mentioning the countless Summer samples used by everyone from Beyonce to Timbaland.) “She was on the forefront,” says Kon. “A record like ‘I Feel Love’ is something that people are still trying to catch up to. But the beauty about sampling is that it turns on a lot of younger people to discover the root source of the music.”

It’s not just Summer’s music that defined an era. It was her attitude. “Her embrace of her sexuality is something that inspires me as a performer,” says Tom Bardwell, whose glitter-covered alter ego Nicholle Pride will appear Friday along fellow drag artist Frieda Fries (Jake Tinsley). Ironically, in her high school days Summer held a part-time job at Dorothy’s Boutique, now a go-to costume shop for the Boston drag community, according to owner John Diamond. (At the time, he says, it sold mainly wigs and church hats to the area’s predominantly African-American community.)

“She had such a big personality, and her sass and sex appeal laid the groundwork for dance artists and diva vocalists,” says Bardwell. “And as a black female artist, she built a foundation that allows artists of all genders and expressions to be inspired by her.”

Disco’s popularity ebbed and flowed, but even in Summer’s final days, that much never changed.

“She was gangster,” chuckles Grant fondly. “She always got respect in the studio. Everybody shut up when the queen walked in.”

We’re just skimming the surface of Summer’s lengthy discography here. But if you’re heading to Friday’s party and need a primer on the icon’s most important moments, here’s where to start.
THOSE SYNTHS THO. Produced by Giorgio Moroder, this pulsing, revolutionary opus is widely credited with pioneering modern electronic dance music. Summer: 1. Skrillex: 0.
Every disco diva needs a gay anthem or ten. But Donna Summer and Barbra Streisand telling some chump to go screw? Hay, gurl. Hay.
The lyric video is necessary for this disco epic about frustrating desserts and metaphors. “Someone left the cake out in the rain — I don’t think that I can take it, cause it took so long to bake it, and I’ll never have that recipe again!” It’s like Donna Summer meets Tori Amos meets me on Nyquil.
If Jezebel.com had been around in 1983, this feminist fist-pumper would have launched a thousand think-pieces on the intersectionality of sex, race and class. Right now, we’re just bummed it didn’t launch “diner waitress chic” as a fashion trend.
“Bad Girls,” “Hot Stuff,” “Love to Love You Baby,” “On the Radio.” You can rattle off many more Donna Summer hits that are more famous and, frankly, way better than this slice of pop cheese. But I have a personal soft spot for Summer’s final US Top 10 hit, because it is relentlessly peppy and the video reminds me of going shopping at Jordan Marsh with my mom. Deal.