‘Don Jon,’ ‘Exit Through the Gift Shop,’ more new on Netflix this weekend 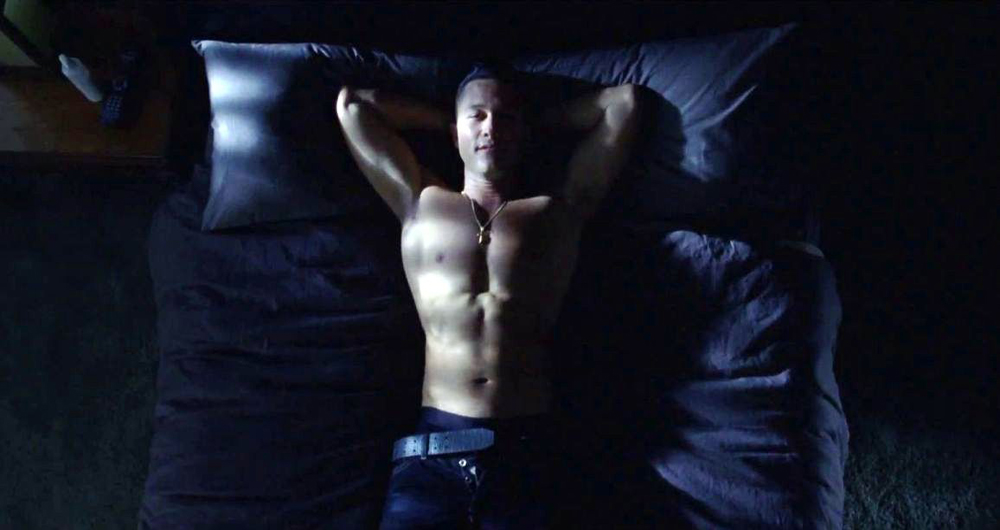 Not sure why Netflix is raising their monthly rate for new subscriptions in the next month, it’s not like their selection of weekly releases is getting any better or like they’re actually releasing more than five movies that would actually be able to hold our attention for longer than the span of the opening credits. Either way, the subscription increase is happening and we’re stuck with another shitty selection of new weekend movies.

In his directorial debut movie, Joseph Gordon-Levitt also plays “Don” Jon Martello, a good ol’ boy known for his super-smooth way with the women, who could easily be friends with The Situation and the rest of the boys from “Jersey Shore,” with the pecs and the abs, the gold chain and the wife-beater tank top, the muscle car and the Sunday Mass. Despite the fact that Jon can pull a gorgeous woman any night of the week, he can only find true sexual fulfillment through brief snippets of porn on his laptop, a habit that’s killing his ability to find real love.

Whether this film is actually a true story or a hoax created by the rogue street artist, Banksy, doesn’t really matter. Either way, after watching you understand what Banksy was trying to do, which was question what actually constitutes art, good taste, popularity and the relationship between art and business. The film ends up with a storyline that shows art enthusiasts as little more than sheep while spinning a tale that’s revealing, aggravating, but still enjoyable.

It’s hard to buy this as an underdog movie when the cast barely exerts any semblance of acting. Rob Schneider ends up playing straight man to David Spade, who once again relies on his snarky coward shtick, and Jon Heder, who comes across like someone doing a bad imitation of … well, Heder himself in “Napoleon Dynamite.”

Right when we though that the premise of this move was totally unbelievable and ridiculous – Danny is unhappily married to a Realtor named Trudy, who doesn’t understand him, so he decides to make his escape via a lawn chair strapped with balloons, eventually landing in a small town where he falls in love with Glenda – we found out that Danny Deckchair was a real man. His name was Larry Walters, and according to reports, he filled 45 weather balloons with helium and tied them to an aluminum lawn chair. His flight ended up being too successful as he soared 16,000 feet above Long Beach, CA, after dropping his pellet gun that he was supposed to use to shoot out the balloons to get to land.

What’s become of Shia LaBeouf? He was seen sporting a brown paper bag over his head that read, “I am not famous anymore,” he created an art installation that could easily be seen as a knockoff – not even a good one –  of Marina Abramovic’s artwork, and now his movies are released without anyone really noticing. If you still care about Shia LaBeouf, watch this movie that he stars in about a dude who travels to Bucharest (wherever that is), where he falls in love with a cellist.

Mexican playboy gets left with baby from a former fling. Playboy and baby move to Los Angeles to find mom. Playboy and baby end up making a home for themselves and becoming best friends after six years. Mom shows up and wants kid back. Things get messy. There, no you don’t even have to watch this cliche father-daughter dramedy.

Golden Globe and Emmy nominee Benjamin Wallfisch is the composer responsible for the score of the hit movie IT. I talked to Ben about his approach to scoring the new version of this iconic story and his thoughts on film and music overall. Some very insightful commentary; listen in. END_OF_DOCUMENT_TOKEN_TO_BE_REPLACED

Rupert Gregson-Williams is an award-winning film composer. He just so happened to compose the score for this summer’s big blockbuster Wonder Woman. We talked about his beginnings in film scoring, film scores that move and inspire him and, of course, Wonder Woman. END_OF_DOCUMENT_TOKEN_TO_BE_REPLACED

Jeff Rapsis is a New England-based composer and performer. Lately, he’s been creating live musical scores for silent film screenings. I talked to him about his process and a few of his upcoming performances at The Capitol Theatre in Arlington and the Somerville Theatre. You can keep track of where else Jeff is scoring silent films here. END_OF_DOCUMENT_TOKEN_TO_BE_REPLACED

Planning on seeing Rogue One: A Star Wars Story when it opens this weekend? I joined Adam 12 to give you an idea of what to expect. But don’t worry, I didn’t give anything away. END_OF_DOCUMENT_TOKEN_TO_BE_REPLACED

No, not from afar, from the comfort of her couch. From the actual awards themselves. That’s where Meredith Goldstein was for the Oscars. She shared all the juicy, first-hand details with me. END_OF_DOCUMENT_TOKEN_TO_BE_REPLACED

To celebrate the opening of ‘The Force Awakens,’ I had some very special guests in studio to start the Thursday, December 17 edition of The Brink. Listen. END_OF_DOCUMENT_TOKEN_TO_BE_REPLACED

Watching the new Star Wars trailer a million times gave us all sorts of feels. And one of those feels was nostalgia. END_OF_DOCUMENT_TOKEN_TO_BE_REPLACED

END_OF_DOCUMENT_TOKEN_TO_BE_REPLACED

If you’ve finally finished crying over Inside Out — or Lava, the short that ran before it — Pixar is readying another assault on your tear ducts with The Good Dinosaur, if its newly released trailer is any indication. END_OF_DOCUMENT_TOKEN_TO_BE_REPLACED