Dom Kennedy passed on big offers to do it his way. And it’s paying off 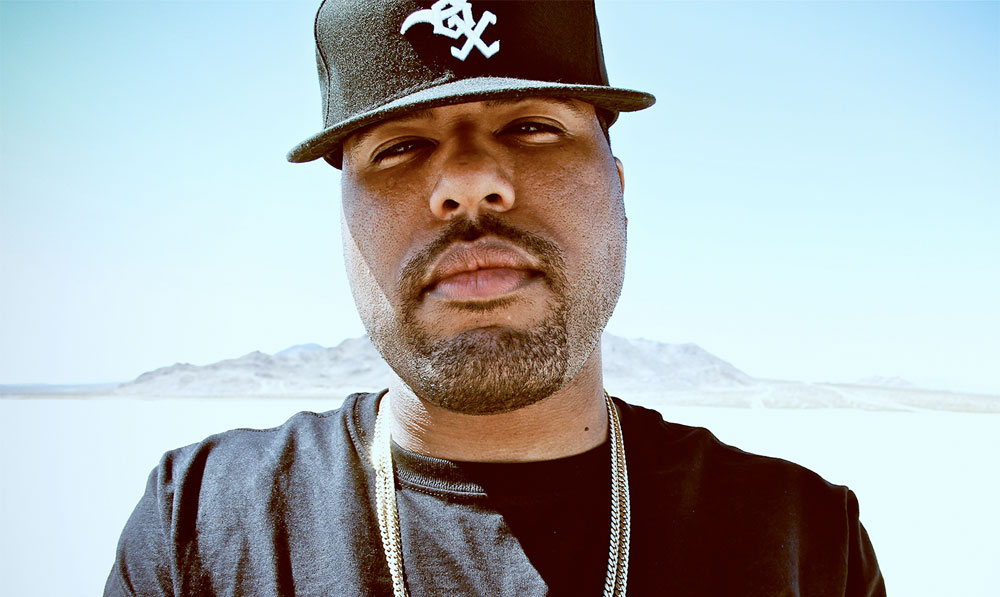 In the genre of hip-hop, perhaps more so than in any other type of music, it’s almost standard practice for artists to come and go overnight. The “Lamborghini dreams and beach house wishes” that Wiz Khalifa rapped about in 2009 have hooked countless aspiring emcees, but more often that not, the attraction rapidly morphs into distraction and the dreams are never realized – not even at Acura and apartment level, forget Lambos and beach houses. In order to make a career out of music, longevity needs to be the goal, yet most up-and-coming rappers fail to recognize this. They’ll subconsciously sacrifice a foundation for 15 minutes of fame and be dumfounded when their one hit song they poured everything into grows stale. Luckily, Dom Kennedy, who comes to the Middle East Downstairs Saturday night, is not most rappers.

From the outside looking in, it might not seem like Dom did anything different than the average rapper. He’s dropped a few successful videos, put out a handful of impressive mixtapes, done a number of shows in LA and beyond … but what rapper hasn’t done those things, right? The difference lies in the foresight, the vision. And what Dom lacks in unrealistically lofty dreams, he makes up for with vision in excess. This week, he embarks on a 30-city tour of the US in support of his most recent album “Get Home Safely,” and though it’s hard to say whether he could have seen that coming when he first picked up the mic, there’s no doubt that he made all the right moves along the way to make it happen.

The self-proclaimed “Leimert Park Legend” – a reference to the LA neighborhood in which Dom grew up – has never been the type to thirst for fame. He developed an affinity for music simply by immersing himself in hip-hop culture, and in 2008, he released his debut mixtape, “25th Hour.” The tape’s lead single, “Watermelon Sundae,” was supported by a music video directed by his cousin Jason Madison, and soon after, Dom’s music began to circulate throughout southern California. The up-and-coming emcee started appearing on local bills, connected with some of the area’s bigger artists like Nipsey Hussle and began plotting the future one sure-footed step at a time.

In the three years following the release of his debut project, Dom’s status proceeded to rise with each new release. He dropped two mixtapes in 2009 – “Best After Bobby” and “Future Street/Drug Sounds” – then after connecting with his current manager and Interscope A&R Archie Davis later that year, formed his company Other People’s Money (OPM) and released the outstanding “From the Westside with Love” in 2010. All the while, though, Dom was turning down offers from numerous major labels in order to keep his vision intact, despite living with his family and barely skating by financially. But somehow, that was all part of the plan. He remained steadfast and true to his core values, and fans bought into that because they could relate to the ups and downs. His genuine nature isn’t the norm in hip-hop, but much like Dom never needed the chains and fancy cars, the majority of his most tuned-in followers never have either.

Dom put out his debut album “From the Westside with Love 2” through OPM in 2011, and unsurprisingly, his dedicated fan base supported heavily. Momentum continued through 2012 which saw the release of his critically acclaimed “Yellow Album” followed by his first official tour, and 2013 brought “Get Home Safely,” fittingly his crowning achievement to date. Progression has been the name of the game for the exceptionally humble, still-rising artist – that and vision, of course – and no one following his career path should have been surprised when “Get Home Safely” sold more than 10,000 copies in the US despite gracing Best Buy shelves with no major label support – another feat that in and of itself is noteworthy. The album debuted at No. 29 in its first week and has allowed Dom to reach heights higher than the ones he reached last year, and all else aside, that’s always been the goal.

Last week, Dom tweeted “#OPM been here goin’ on 5 years I seen n**gas come up and fall off in the same 12 months.” Coming from the hip-hop hub that is LA, there’s no doubt that he has. The genre is linked with thousands of short-lived success stories, far exceeding the number of success stories that have lasted half a decade and are still only in their opening chapters. Dom Kennedy, however, who built a foundation years ago that has allowed him to build one of the sturdiest homes – even if not one of the flashiest ones – can be grouped with the latter.

The “Get Home Safely Tour” hits the Middle East Downstairs in Cambridge this Saturday night, Dom’s first appearance in Boston since late 2012. Last time he was celebrating the successful release of a free mixtape; this time he’s celebrating the release of a Top 50 album. Most importantly though, he’s celebrating what he’s celebrated all along: the future. Dom Kennedy may not no exactly where he’s headed or what specifically the coming years hold, but to say he’s moving forward with no intentions of straying elsewhere would probably be a safe bet.

Enter to win tickets to see Trio Da Kali at The Villa Victoria Center of the Arts (Newton, MA) on April 10th. END_OF_DOCUMENT_TOKEN_TO_BE_REPLACED

END_OF_DOCUMENT_TOKEN_TO_BE_REPLACED

Enter to win tickets to Rhye at The Paradise on February 28th. END_OF_DOCUMENT_TOKEN_TO_BE_REPLACED

END_OF_DOCUMENT_TOKEN_TO_BE_REPLACED

Enter to win a pair of tickets to attend The Hess Collection Seminar and Dinner as part of Boston Wine Festival 2018 at the Boston Harbor Hotel on Wednesday, March 14th. END_OF_DOCUMENT_TOKEN_TO_BE_REPLACED

Her new album has been pushed back, but we have Kimbra’s new single for you. END_OF_DOCUMENT_TOKEN_TO_BE_REPLACED

The folk duo returns with a new record this week. END_OF_DOCUMENT_TOKEN_TO_BE_REPLACED

Now that we’re done looking back at 2017, let’s look ahead at 2018. END_OF_DOCUMENT_TOKEN_TO_BE_REPLACED