‘Photo Doggies for Anthony:’ How A Million People Are Bringing Joy to a Teen with Cancer on Facebook 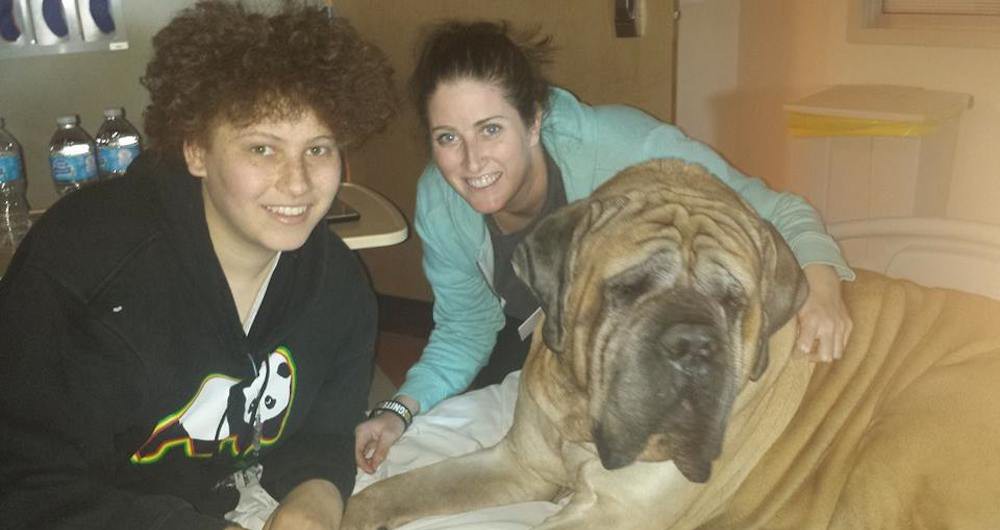 Ready for your morning inspiration? It involves a boy named Anthony battling cancer, a viral Facebook campaign, and a million people dedicated to cheering Anthony up by posting photos of their dogs.

According to the description of the Facebook event, titled “Photo Doggies for Anthony,” a friend of Anthony Lyons’ mother named Roberta Lucero-Koron created the event as a way to cheer Anthony up while he underwent chemotherapy for acute lymphoblastic leukemia.

Hi all, my friend Kristen Lyons has her son Anthony at Phoenix Childrens hospital. Some days he gets doggy visits and some he does not. They make him smile. I thought if I create this event, you can post a picture of your dog to help make him smile. His mom shows them to him and he smiles.

As of this morning, over 750,000 people are ‘attending’ the event, and the photos of dogs are being uploaded too quickly for anyone to keep up. 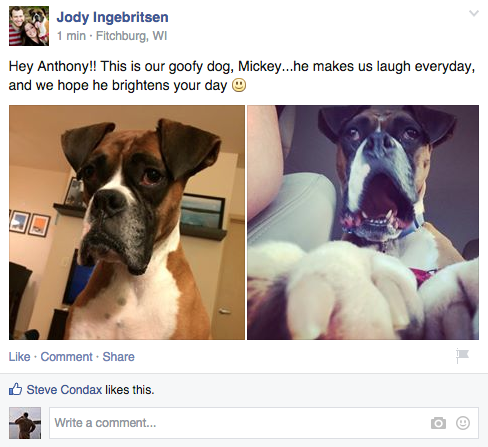 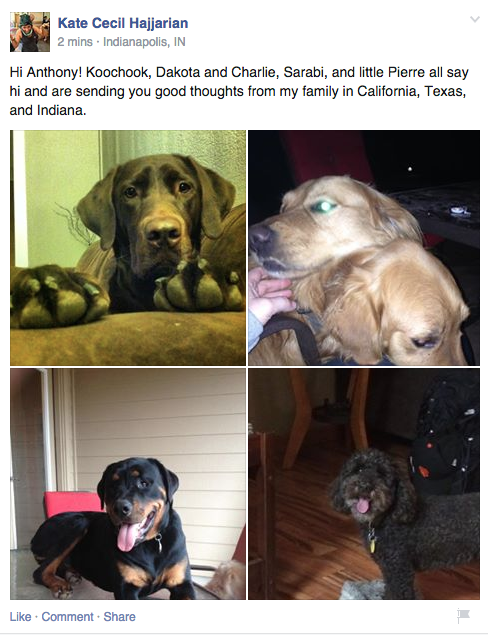 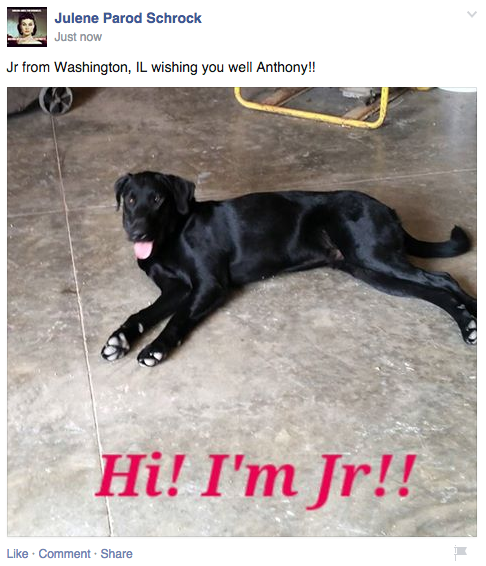 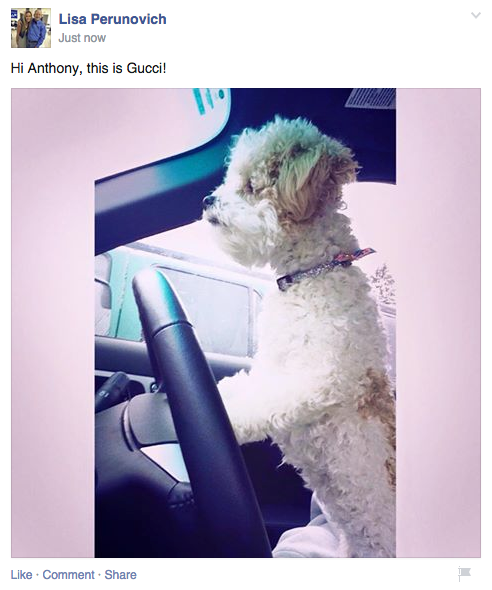 The Facebook love has begun to pick up steam, and was the subject of the story on a local Phoenix newscast.

Lucero-Koron added an update to the group yesterday morning:

UPDATE: Jan 4…From Roberta… God Bless you and God Bless the world wide web…we are over 1/2 million photos…Anthony is smiling joyfully because of YOU..This has gotten so viral that it is making local and soon National News….One thing I have to say is, make yourself smile too by looking at these beautiful animals that God gave us. I can’t stop crying from tears of happiness…Roberta

Despite the overwhelming response, a GiveForward page set up for Anthony has only raised $11,000 of its $25,000 goal. According to the page’s description, Anthony requires extensive care for his cancer, and while his mother Kristen is doing her best, it’s a lot for a single working mom and her son to handle.

Once diagnosed with ALL, Anthony was quickly thrust into the overwhelming and frightening world of an acute illness. One that requires constant intervention, grueling tests, isolation to prevent his weakened system from getting simple infections that could prove life-threatening on his journey toward wellness. His new world is one of an expected 3 1/2 yrs of chemo, med cocktails of all kinds, frequent spinal taps (30 +), blood and platelet transfusions, 1-3 x wkly trips to Phoenix Children’s Hospital (where he is receiving his treatment) depending on what meds and procedures he is currently in need of.

Hopefully with the increased exposure of this story, that donation total will rise. But regardless of whether this event brings greater awareness to acute lymphoblastic leukemia or a surge of donations to the Lyons family or the Phoenix Children’s Hospital, it’s heartening to know almost a million people will take time out of their day to bring a smile to the face of someone who needs it.

A message to Anthony: Like the great Stuart Scott said regarding his own cancer battle: “Fight like hell, and when you get too tired to fight, lay down and rest and let someone else fight for you.” Even better, let a million people fight for you.

We ate vegan blueberry cake and it was amazing. END_OF_DOCUMENT_TOKEN_TO_BE_REPLACED

Dan Croll is a great musician and an even better person. END_OF_DOCUMENT_TOKEN_TO_BE_REPLACED

We kicked off the weekend with a visit from Sasha Purpura, Executive Director of Food For Free. Sasha was back to promote next month’s Craft for a Cause event, a craft beer festival celebrating the Central Square Cultural District. END_OF_DOCUMENT_TOKEN_TO_BE_REPLACED

Summer is the hungriest time of the year. Millions of kids rely on school meals, but in summer, the meals disappear. HGTV’s Taniya Nayak was in studio this morning to talk about Taste of the Nation this coming Tuesday, June 6, which benefits Share Our Strength’s #NoKidHungry initiative. Click here to get your tickets. END_OF_DOCUMENT_TOKEN_TO_BE_REPLACED

Community Servings provides nutritious meals to individuals and families living with a variety of illnesses. Stephanie Carrigg was in studio this morning to talk about this year’s Meals4Moms program, where your contribution not only helps feed moms in need, but nets you some great goodies for a mom in your life. END_OF_DOCUMENT_TOKEN_TO_BE_REPLACED

Continuing our month-long series spotlighting videos we hope will inspire you think. END_OF_DOCUMENT_TOKEN_TO_BE_REPLACED

The first in a month-long series focusing on new songs that go a little deeper. END_OF_DOCUMENT_TOKEN_TO_BE_REPLACED

Matt Allen is the Field Director for ACLU of Massachusetts. He was in to talk about the ACLU: who they are, what they do, and how to get involved! END_OF_DOCUMENT_TOKEN_TO_BE_REPLACED

On Saturday, December 3 from 6-9 p.m., Distillery Gallery at 516 E. 2nd St. in Southie is holding a benefit for Standing Rock. Director Pat Falco and Curators Olivia Ives-Flores and Oliver Mak were in studio this morning to talk about this free event. END_OF_DOCUMENT_TOKEN_TO_BE_REPLACED