I already knew my friend was cruel to her dog. Then, I made an alarming discovery. 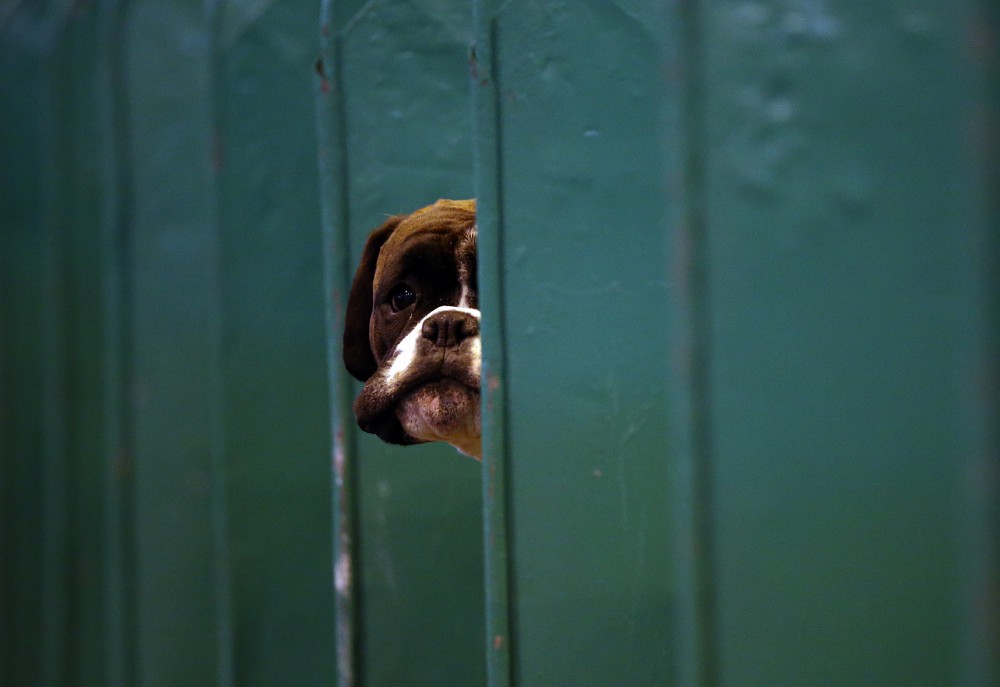 My friend has a dog, and she’s always been kind of half-assed about caring for it. I’ll see her out at a party or a barbeque all day long, so I know the dog is home alone, and sometimes she goes out right after she finishes a shift (she’s a waitress, so that might be pretty late), without even going home to feed the dog or let it out. The other day, though, I went over to her house and realized things have crossed a line. There were piles of dog feces in a couple of corners, and the entryway rug was soaked in urine when we walked in. She laughed it off and called the dog naughty, then cleaned up the poop and basically ignored it. I’m worried about the puppy, and about my friend; what kind of person does that to an animal? Should I call animal control on her?

Before you call in the authorities, try calling your friend.

It doesn’t sound like you’ve spoken to her about this yet. It’s an awkward conversation: telling someone she’s doing it wrong with a pet is only SLIGHTLY less awkward than telling someone her parenting sucks, and that’s something I would never advise, if you want to maintain a relationship with that person.

But a soft ask, along the lines of “I know your job keeps you away for big chunks of time, have you considered getting a dog walker or doing doggie day-care?” is a good place to start.

That said, it doesn’t sound to me like the real problem is with the dog at all. It sounds like your friend has some mental health issues she’s refusing to address.

The poop around the house is an indicator of that. Your friend cleaned it up right away, so that’s good…but only insofar as it’s not as bad as it could be.

Either your friend is so narcissistic that the implication of that — that she’s putting a living creature through severe psychological and physical pain (because we all know the dog doesn’t WANT to go in the house, it’s either begging for attention or just beyond the point of bowel control) — is beyond her grasp. Alternately, she could be dealing with some undiagnosed depression or bipolar issues, which lead her to make poor, self-destructive (and dog-destructive) decisions as a kind of self-medication.

So make a possibly more-awkward, but more-important, call to your friend: ask her whether she’s seeing anyone to deal with her own issues.

If you want to be the nice guy, offer to visit the pup while she goes to her appointments.

(If, after this, she refuses to improve her care of the animal, I’d suggest getting in touch with animal welfare services and asking them for specific recommendations.)

Have questions for Jilly? Ask them here, and it could be featured in her advice column.

Today, that briefly changed, as the hashtag #TheWorstPartofDepressionIs trended worldwide on Twitter, sparking a conversation on an issue many find difficult to discuss. END_OF_DOCUMENT_TOKEN_TO_BE_REPLACED

I’m in my mid-twenties, and I’ve been working as a substitute teacher for the last couple years (I joined Teach for America right out of college). I know some of the girls in classes I teach have crushes on me — high schoolers aren’t very subtle — but I brush it off, because I’m not an idiot. Last week, however, I got a disturbing email from a girl in the English class I subbed for. Pictures were attached. You get the gist. What do I do about this situation? I obviously haven’t responded, but I’m afraid she might go Lifetime-movie on me. END_OF_DOCUMENT_TOKEN_TO_BE_REPLACED

Ridiculous doesn’t even begin to capture all that transpired, from the storm of emojis to the storming and barricading of Jordan’s house by a cavalcade of Clippers. END_OF_DOCUMENT_TOKEN_TO_BE_REPLACED

My friend drives drunk. A lot. And not just “one drink too many” drunk, more like “in obviously rough shape” drunk. It not only makes me scared for her, it makes me angry: She could hurt herself or someone else, and there’s really no excuse in the era of Uber. I’ve tried talking to her about it, but she brushes it off or claims she won’t do it again, but then does, anyway. I’ve been tempted to call the cops on her just to get her to stop doing this. How do I convince her it’s not worth it before something terrible happens?  END_OF_DOCUMENT_TOKEN_TO_BE_REPLACED

Earlier this month, we posted a story about Rob, a man falsely accused of being a sex offender. END_OF_DOCUMENT_TOKEN_TO_BE_REPLACED

It’s also one that the NFL’s report can’t properly answer. Nor can the New York Daily News, despite its screaming front pages. END_OF_DOCUMENT_TOKEN_TO_BE_REPLACED