Does anyone make sense in ‘Did we fail the bombers’ debate? 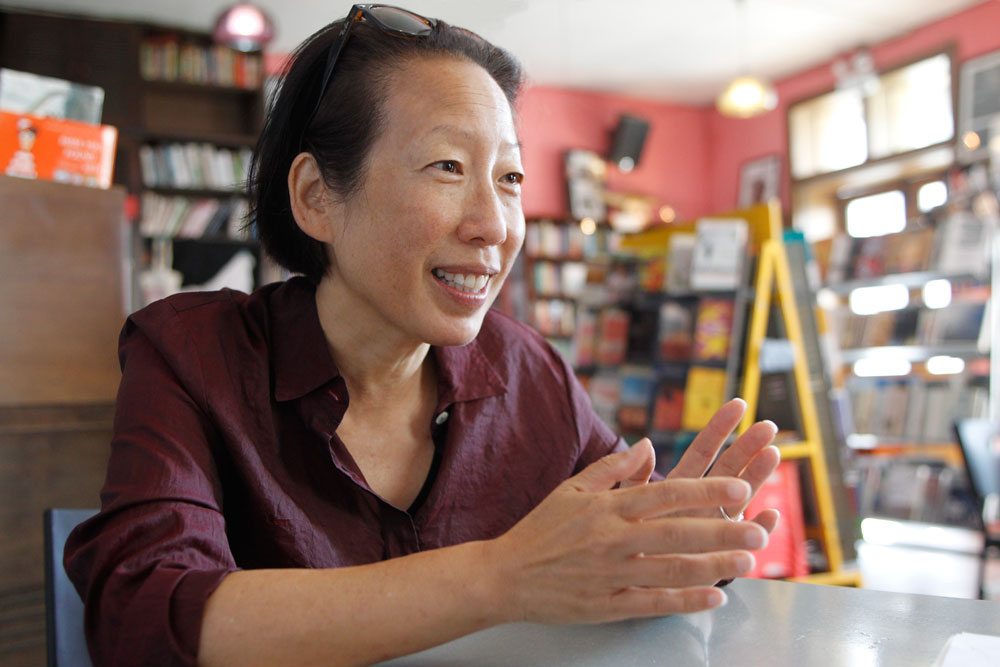 Writing of the city’s reaction to the Red Sox World Series win in The Boston Globe on Sunday, Gish Jen, the otherwise rightly well-regarded Cambridge author, touched the third rail of Boston politics by invoking the Chechen boogeymen with anything less than pitchfork-wielding invective. Curiously, she used the baseball celebration to look back upon Boston’s poor racial history (certainly a worthy topic of discussion), reflecting on the fact that the Sox were the last team to integrate and Celtic legend Bill Russell’s struggles with race relations in the city. Then, for reasons unclear to anyone who read the piece, she made the leap to asking if this ignominious past might have had anything to do with the disenfranchisement of the perpetrators of the Boston Marathon bombing. “Did we fail the Tsarnaevs somehow?” she asked. As you might imagine, this was not particularly well-received.

Jen, who was set to speak at the Cambridge Public Library on Monday night about the latest “Best American Short Stories,” was confronted with a taste of that reaction. As she wrote on her Facebook page:

So: photos of me with “HATES WHITES” plastered at the bottom, pictures labeled “the face of human garbage,” etc., and 4 police cars outside the Best American Short Stories reading. And loved this one: “As for the writer, here’s everything you need to know: she has a degree in English.” What to say?

There were no other incidents at the reading but the responses online have been no less measured, riled up, in part, by the likes of talk radio neanderthal Gerry Callahan and Boston’s horrifying Rob Ford/Richie Incognito hybrid mutant bloviator Howie Carr in the Herald. Carr, who basically has never seen a story he couldn’t shoehorn racial innuendo into, took the occasion to string together a series of whines about welfare for some reason. Naturally, Carr’s band of insular morons have instantly reduced her query to slurs about EBT cards and free handouts for lazy foreigners.

The sad part is, as much as I’m tempted to leap to Jen’s defense here, her logic is about as sound as that of Carr and company. As Jon Keller writes on CBS Boston’s website, “There is no evidence that the Tsarnaev brothers were shunned by their fellow Bostonians.” On the contrary, they seemed well integrated.

Boston is certainly not a land of racial innocence (just look at some of the reactions to Jen’s piece for evidence), but it’s certainly better than it was. So her attempt to connect our reactions to the Tsarnaevs with a point about the diversity of our sports teams wasn’t offensive, it was just hapless from a logical standpoint. Boston used to be bad, but now it’s not so bad, but maybe it is somewhat?

This is coming from someone who’s not exactly precious about the sanctity of talking about the Boston Marathon bombings, mind you. The #BostonStrong marketing franchise is disgusting to me so please don’t mistake my criticism of Jen’s piece as knee jerk sanctimony. The conditions that create terrorists and violent criminals are more than worthy of talking about, unlike what reactionary right wingers would have us believe. “Why do they hate us?” is, in fact, a very important question and one we’ve still not been fully able to reflect on ever since people started shouting it down post-Sept. 11, as much as they are in this instance. But when it’s presented as such a tossed-off, incongruous aside in an unrelated narrative, it falls flat.

To make matters worse, although I almost can’t blame her, Jen has waived a dismissive hand over the reactions, telling the Washington Post:

“I misread the general Globe audience, imagining them to be much more like The Globe book section audience than they are. People were offended, not only by my putting the Marathon bombing in the context of Boston xenophobia, and daring to raise the question of whether such xenophobia contributed to the Tsarnaevs’ alienation, but my opening the piece with a reference to ‘A Midsummer Night’s Dream.’ I, of course, was only trying to convey efficiently the miraculousness of the Sox turnaround. But people were livid that I used archaisms like ‘lo!’ and ‘forsooth,’ taking them as a kind of superiorspeak. Ditto for my saying things like ‘Those who had been smooth of cheek now were strangely bearded’ instead of ‘They grew badass beards.’ How this adds up to my being a ‘white-hater’ and my visage ‘the face of human garbage’ who should be ‘sent to Siberia’ . . . .that remains a mystery.”

She’s not wrong that we’re incapable of responding to discussions of the bombing with any sense of nuance, a look here on Twitter is a good reminder of that, but one wishes a talent like Jen — or someone else who is capable of in depth introspection — might actually lead that discussion somewhere more appropriate, without (which we unfailingly do here) reflecting our social issues through the prism of professional athletes who have little to do with the actual city besides working here as part-time resident entertainers.

Wondering what made the Tsaerneavs who they are isn’t akin to forgiving them or justifying their actions, it’s simply the responsibility of a thoughtful, informed, self-aware citizenry. I’m looking forward to someone getting that conversation going. (Haha, just kidding, that will never happen. YANKEES SUCK BOSTON STRONG. LOVE IT OR LEAVE IT.)

I’m in my mid-twenties, and I’ve been working as a substitute teacher for the last couple years (I joined Teach for America right out of college). I know some of the girls in classes I teach have crushes on me — high schoolers aren’t very subtle — but I brush it off, because I’m not an idiot. Last week, however, I got a disturbing email from a girl in the English class I subbed for. Pictures were attached. You get the gist. What do I do about this situation? I obviously haven’t responded, but I’m afraid she might go Lifetime-movie on me. END_OF_DOCUMENT_TOKEN_TO_BE_REPLACED

Ridiculous doesn’t even begin to capture all that transpired, from the storm of emojis to the storming and barricading of Jordan’s house by a cavalcade of Clippers. END_OF_DOCUMENT_TOKEN_TO_BE_REPLACED

My friend has a dog, and she’s always been kind of half-assed about caring for it. I’ll see her out at a party or a barbeque all day long, so I know the dog is home alone, and sometimes she goes out right after she finishes a shift (she’s a waitress, so that might be pretty late), without even going home to feed the dog or let it out. The other day, though, I went over to her house and realized things have crossed a line. There were piles of dog feces in a couple of corners, and the entryway rug was soaked in urine when we walked in. She laughed it off and called the dog naughty, then cleaned up the poop and basically ignored it. I’m worried about the puppy, and about my friend; what kind of person does that to an animal? Should I call animal control on her? END_OF_DOCUMENT_TOKEN_TO_BE_REPLACED

My friend drives drunk. A lot. And not just “one drink too many” drunk, more like “in obviously rough shape” drunk. It not only makes me scared for her, it makes me angry: She could hurt herself or someone else, and there’s really no excuse in the era of Uber. I’ve tried talking to her about it, but she brushes it off or claims she won’t do it again, but then does, anyway. I’ve been tempted to call the cops on her just to get her to stop doing this. How do I convince her it’s not worth it before something terrible happens?  END_OF_DOCUMENT_TOKEN_TO_BE_REPLACED

Earlier this month, we posted a story about Rob, a man falsely accused of being a sex offender. END_OF_DOCUMENT_TOKEN_TO_BE_REPLACED

It’s also one that the NFL’s report can’t properly answer. Nor can the New York Daily News, despite its screaming front pages. END_OF_DOCUMENT_TOKEN_TO_BE_REPLACED