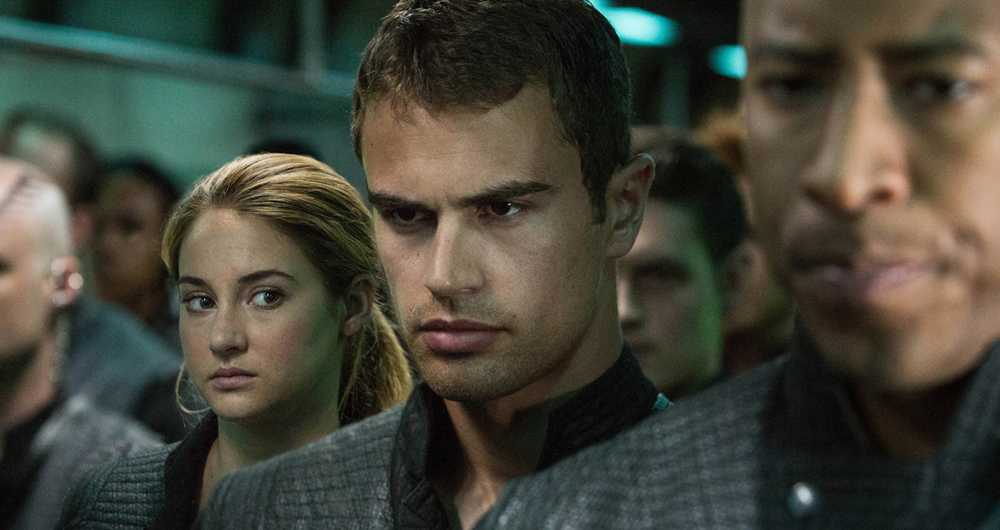 Want to know what will be hitting your local movie theater this week? Check out our list of new movies being released for this week:

Director: Jim Wilson
Starring: Skeet Ulrich, Madelyn Deutch, Christian Kane
Plot: A group of  Misfit cowboys strike gold in this tale about second chances and beating the odds, when their crooked-footed racehorse qualifies for the Kentucky Derby.
Buzz/ Tomatometer: The film is based on a true story and comes from the producer of such ’90s hits as “The Bodyguard” and “Dances with Wolves.”
Director: Guillaume Canet
Starring: Clive Owen, Billy Crudup, Marion Cotillard
Plot: Chris and Frank are brothers who couldn’t be more different. Chris is an ex-con and Frank is a cop with a bright future. As Frank tries to help Chris get back on his feet, Chris threatens to cost Frank everything.
Buzz/ Tomatometer: This film was an official selection at 2013’s Cannes Film Festival.
Director: E.L. Katz
Starring: Pat Healy, Ethan Embry, Sara Paxton
Plot: Craig is down on his luck and broke when he meets up with his friend at a local bar. The two encounter a strange, but wealthy couple, who puts them through a series of dares in exchange for money.
Buzz/ Tomatometer: “Cheap Thrills” won 2013’s SXSW Audience Award. The film also has a score of 7.1 out of 10 from 1,104 IMDB users.
Director: Neil Burger
Starring: Shailene Woodley, Theo James, Kate Winslet
Plot: Based on the best-selling book series by Veronica Roth, Tris Prior is warned that she is different, i.e Divergent, and will never fit into her futuristic society. She teams up with her leader and friend, Four, as the two face immeasurable odds and fight for her survival.
Buzz/ Tomatometer: Move over “Hunger Games” because this film is being called your latest competition.
Director: Harold Cronk
Starring: Kevin Sorbo, Korie Robertson, David A.R. White
Plot: Josh Wheaton has to choose between his faith and his future on his first day of college when his Philosophy Professor tells his students they must disavow, in writing, the existence of God, or face a failing grade. Josh refuses to do so and thus is forced to suffer the consequences.
Buzz/ Tomatometer: Staying on 2014’s trend of Christian inspired films, “God’s Not Dead” is an indie film that certainly questions what you believe.
Director: Eliza Hittman
Starring: Gina Piersanti, Giovanna Salimeni, Ronen Rubinstein
Plot: Lila is a fourteen year-old girl who is awkward, lonely and determined to emulate her sexually experienced best friend by trying to hook up with Sammy, a tough older guy who will sleep with anyone.
Buzz/ Tomatometer: “It Felt Like Love” was an official selection at the 2013 Sundance Film Festival.
Director: Frank Pavich
Starring: Not Available
Plot: Legendary cult film director Alejandro Jodorowsky opens up about his ambitious, yet ultimately doomed film adaptation of the science fiction novel “Dune.”
Buzz/ Tomatometer: “Jodorowsky’s Dune” was a part of both the Toronto International Film Festival as well as the Cannes Film Festival, so it must be good.
Director: Josh C. Waller
Starring: David Morse, Mike Vogel, Rachel Nichols, Cory Monteith, Ciaran Hinds, Tracie Thoms, Trevor Morgan, Aaron Yoo
Plot: Simon Weeks has just been released from prison, when detective Eugene McCanick is set to hunt him down in a firestorm of paranoia and violence.
Buzz/ Tomatometer: One of the final films featuring the late Cory Monteith, “McCanick” is getting a 5.2 out of 10 from 500 plus IMDB users.
Director: James Bobin
Starring: Ricky Gervais, Tina Fey, Ty Burrell
Plot: Kermit is in trouble as he is an unwittingly dead ringer for Constantine, the world’s number one criminal. The Muppets find mayhem and mishaps in this international crime caper.
Buzz/ Tomatometer: Dude, it’s the Muppets. Need we say anything more?
Director: Joe Carnahan
Starring: Jessica Alba, Chris Pine, Ed Helms
Plot: A broke limo driver has a huge debt to score, when he picks up a reclusive billionaire. The billionaire passenger has an insatiable appetite, but the driver seeks to please his every desire in the hope of landing a big tip that will get him out of debt. Too bad this billionaire just might be his final fare.
Director: Raymond de Felitta
Starring: Michael Pitt, Nina Arianda, Andy Garcia
Plot: Small-time crooks Tommy and Rosie are very much in love with each other and having money. The two end up robbing the local Queens mob before drawing attention of the FBI.
Buzz/ Tomatometer: This funny film is based on a true story.