Daredevil Is the Greatest Hero in Marvel Comics 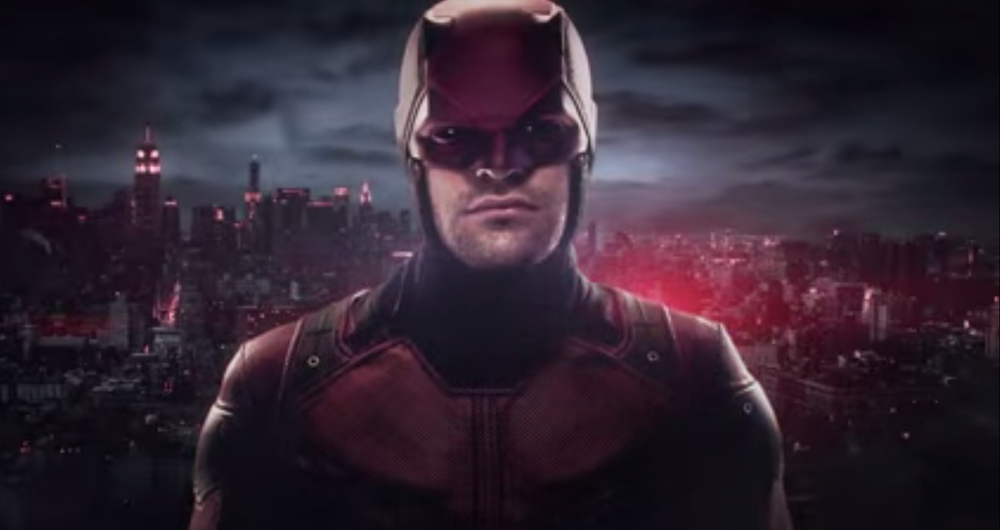 Marvel’s Daredevil premieres on Netflix today, and you should care more about that than Avengers: Age of Ultron out next month, because Daredevil is the greatest hero in Marvel Comics.

Compared to Daredevil, Spider-Man comes off like a self-pitying allegory for overbaked teen angst, basically kind of a jerk, and is a total bullshit character.

Wolverine – the quintessential tough guy with a heart of gold – might as well be the protagonist in every boilerplate post-Die Hard action movie, ever, and is also a bullshit superhero next to Daredevil.

The Hulk is a boring Jekyll and Hyde redux. The Hulk sucks.

Iron Man’s a hereditarily rich, arrogant loser with all of Batman’s anger issues but none of his complexity who nobody cared about until Robert Downey Jr. gave him a personality.

Granted, 2003’s Ben Affleck-helmed Daredevil flick left much to be desired, and makes a case to the contrary of that first sentence a few paragraphs up there. Popular consensus laid the bulk of the blame for that cinematic cipher on Affleck, because he was slogging through his awkward Gigli/Bennifer phase and therefore an obvious, easy guy to blame for crappy things at the time.

But despite the questionable acting and immediately-dated, soppy theme music by Evanescence, ‘03’s Daredevil could’ve been salvaged if the film hadn’t told a backward, Hollywood sellout version of Frank Miller’s Elektra Saga.

Early on in Affleck’s Daredevil, the titular hero watches, with a degree of smug satisfaction, as a hitherto unpunished ne’er-do-well gets mowed over by a subway. Towards the end of the movie, Daredevil is in a position to smash the brains of crime lord Wilson Fisk, A.K.A. The Kingpin, right out of his skull, but because his love for Elektra or whatever lessons he’s learned have instilled newfound compassion, Daredevil says, “I’m not the bad guy” and lets Kingpin live.

The Elektra Saga isn’t the most universally beloved or iconic Daredevil story ever (That’s probably Born Again) or my personal favorite (Wake Up) – but it’s the most important because before he seemingly dropped Bullseye to his demise (technically Bullseye survived), Daredevil had mostly been written as Spider-Man lite since his first appearance in 1964. Miller made him interesting, or simply recognized the character’s near-maddening, yet hitherto untapped, complexity.

None of the following are original thoughts on my part – but here we have a guy with useless eyes who perceives his surroundings exponentially more vividly than those without obvious sensory handicaps.

He works as a criminal defense attorney for a day job – meaning he spends half his time keeping people out of prison and the other half helping them get there, and under the guise as an outlaw vigilante himself, no less.

He’s a lapsed Catholic who dresses up like Satan. 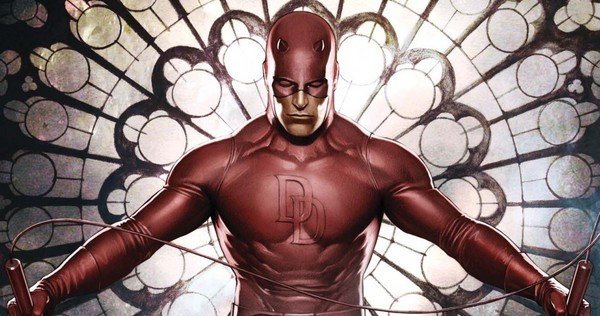 As a boy, he swore to his father – a has-been boxer named Battlin’ Jack Murdock – that he wouldn’t grow up to be a violent thug, then immediately turned to violence against criminals after Battlin’ Jack got offed by the mob.

Oooh, did I mention Battlin’ Jack worked as a mob enforcer before they turned on him, meaning Daredevil was raised by the exact type of person he would kick in the face and throw through a window as an adult? Or, for that matter that the money Battlin’ Jack earned working for organized crime went on to pay for Daredevil’s law school degree? Meaning the crime fighter/man of law and order owes his career to organized crime?

Daredevil’s whole existence is a mess of contradictions, and the inevitable inner-turmoil that comes with such constant baseline confusion. So, basically, he’s an allegory for being in your 20s.

The X-Men are metaphors for teenagers, Spider-Man literally is one. The Avengers are a football team. Daredevil has serious, grown-up problems to concern himself with. That’s why he’s never had his own animated series.

Now, does being the most interesting Marvel hero make him the best? Well, sure. Who cares if Thor can beat him in an arm wrestling contest? No one really cares about powers, even if they think they do.

Furthermore, in The Defenders – a series tentatively slated for Netflix sometime after 2016 – Daredevil joins a superhero team with Chloe from Don’t Trust The Bitch in Apartment 23, which is the best thing that’ll ever happen and something out of a fanfiction I’m surprised I didn’t write.

Check out Marvel’s Daredevil on Netflix starting today and you’ll know what I mean.

Always a pleasure to have Boston.com’s Perry Eaton in studio for a chat. After we talked a bit about Pearl Jam at Fenway and Perry’s new podcast, he filled us in on Game of Thrones live and Narragansett’s new Bananagrams-themed brew. END_OF_DOCUMENT_TOKEN_TO_BE_REPLACED

No, not from afar, from the comfort of her couch. From the actual awards themselves. That’s where Meredith Goldstein was for the Oscars. She shared all the juicy, first-hand details with me. END_OF_DOCUMENT_TOKEN_TO_BE_REPLACED

It was wonderful having our good friend Meredith Goldstein back in studio this morning. She dug into the latest edition of Love Letters, which prompted us to play this song. And of course we had to discuss the Oscars. Make sure you’re following Meredith on Twitter, as she’ll be live-tweeting the awards this Sunday night. END_OF_DOCUMENT_TOKEN_TO_BE_REPLACED

Our first edition of TV Sets for 2016 might be better than every edition from 2015. END_OF_DOCUMENT_TOKEN_TO_BE_REPLACED