Damien Jurado is one of our best songwriters. So why isn’t he huge? 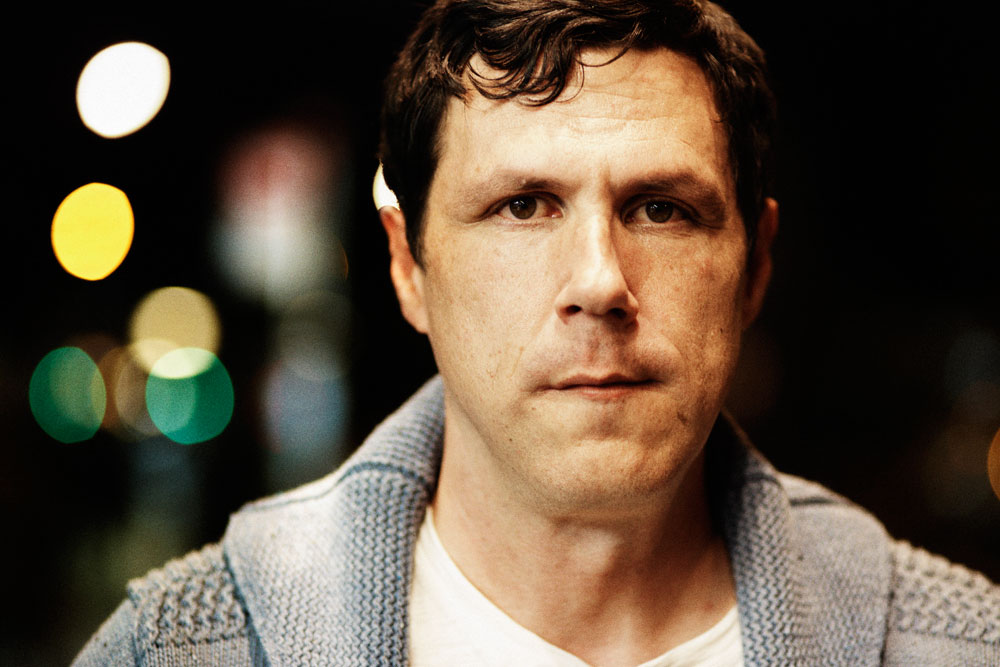 Success in music is a combination of talent and drive, sure, but like most things in life, it’s primarily about timing and luck. Some artists fall into undeserved, premature exposure and burn up from the heat, others work their entire careers for an elusive break that never comes. As Davey von Bohlen of the Promise Ring once sang, “I’ve been the next big thing since I can remember me.” Of course, that line was more of an admission of defeat than anything else, since it was on the band’s final album, 2002’s “Wood/Water.”

Another kind of artist lets the fans do the howling for respect on their behalf. Damien Jurado has been quietly, consistently churning out some of the most thoughtful, well-crafted albums of the past two decades, from pensive folk (“On My Way to Absence”) to loose, raw rock (“I Break Chairs”) to beautiful mixtures of the two (“Caught in the Trees”). While critics fawn over him, the Seattle tunesmith’s career has largely been overshadowed by the likes of fellow bummer rock master Elliott Smith and onetime Sub Pop labelmates Death Cab for Cutie and The Shins.

Jurado comes to Brighton Music Hall in Allston on Thursday and it’s a show well worth the $12 admission. To be fair, you won’t have an uplifting time. He is awkward onstage, lurching over the microphone with very little to say between songs, still somehow shy after all these years of touring. But his gift for songcraft will captivate you. On the folk ballads, a hush will fall over the crowd. On the rock songs, your toes will tap even if your arms remain stubbornly crossed. You’ll witness a true master of his craft, and he can mostly remain your secret.

We could point to a bajillion artists who never received due credit for their talent, even among Jurado’s contemporaries (Jason Molina, Vic Chestnutt, Will Johnson, and so on), but Jurado is a special case. He had his chances. Why did he fail to snatch up a wider audience when similar artists like M. Ward and even Deer Tick were getting spins on MTV? (Of the three, personally I’d take Jurado every time.) Is it because he’s not the most marketable guy in the world, not a pretty boy with star connections like M. Ward or a batshit crazy, fun interview like Deer Tick’s John McCauley (who also has star connections). Is it because, like Molina (who once refused a phone interview with me in favor of emailed questions, to which he responded with either short novels or terse, three-word responses), Jurado simply makes little attempt at playing the game?

There’s precedent for this. Four decades after his too-soon death in 1974, Nick Drake is viewed as a standout of his era and cited as an influence by contemporary artists like Beck, Ben Folds, and Lucinda Williams. But despite being a fingerpicking master who released three classic albums (“Five Leaves Left,” “Bryter Layer,” and “Pink Moon”), Drake never gained the following the recordings undoubtedly deserve while he was alive. The popular theory is that Drake’s reluctance to be interviewed led to his lack of recognition. Ring familiar? Maybe, hopefully, Jurado is another case of an artist not fully appreciated during his time who gains success later.

Jurado clearly has the talent and definitely has the drive, what with the relentless touring. So it must be mostly about the factors of luck and timing. Maybe, unlike Drake, who had a sound that would have latched on during his era, Jurado was simply born at the wrong time. In a 2008 review of Band of Horses at The Paradise, another band due more than they received, former Globe music critic Joan Anderman summed up this condition beautifully.

“If rock radio still had the power to break young groups, Band of Horses would be more than a boldface name on year-end lists. Were rock ‘n’ roll a contemporary mainstream force instead of a low-wattage niche, Band of Horses would be poised for greatness. Imagine that the record industry wasn’t going to hell in a handbasket – scroll back 10 or 20 years – and it’s easy to see the South Carolina (by way of Seattle) band in line for a long, gratifying career in the mold of Tom Petty & the Heartbreakers.”

That sounds an awful lot like the argument for Jurado. Great songs, great artist, born a few years too late to be properly appreciated. It’s just bad luck and bad timing.

So go see Jurado play in Allston on Thursday. You’ll be glad you did. And for that matter, tell your friends. Couldn’t hurt.

Enter to win tickets to see Trio Da Kali at The Villa Victoria Center of the Arts (Newton, MA) on April 10th. END_OF_DOCUMENT_TOKEN_TO_BE_REPLACED

END_OF_DOCUMENT_TOKEN_TO_BE_REPLACED

Enter to win tickets to Rhye at The Paradise on February 28th. END_OF_DOCUMENT_TOKEN_TO_BE_REPLACED

END_OF_DOCUMENT_TOKEN_TO_BE_REPLACED

Enter to win a pair of tickets to attend The Hess Collection Seminar and Dinner as part of Boston Wine Festival 2018 at the Boston Harbor Hotel on Wednesday, March 14th. END_OF_DOCUMENT_TOKEN_TO_BE_REPLACED

Her new album has been pushed back, but we have Kimbra’s new single for you. END_OF_DOCUMENT_TOKEN_TO_BE_REPLACED

The folk duo returns with a new record this week. END_OF_DOCUMENT_TOKEN_TO_BE_REPLACED

Now that we’re done looking back at 2017, let’s look ahead at 2018. END_OF_DOCUMENT_TOKEN_TO_BE_REPLACED