Cultural Sommelier: Pairing The Caretaker’s ‘An Empty Bliss Beyond This World’ with ‘The Shining’ 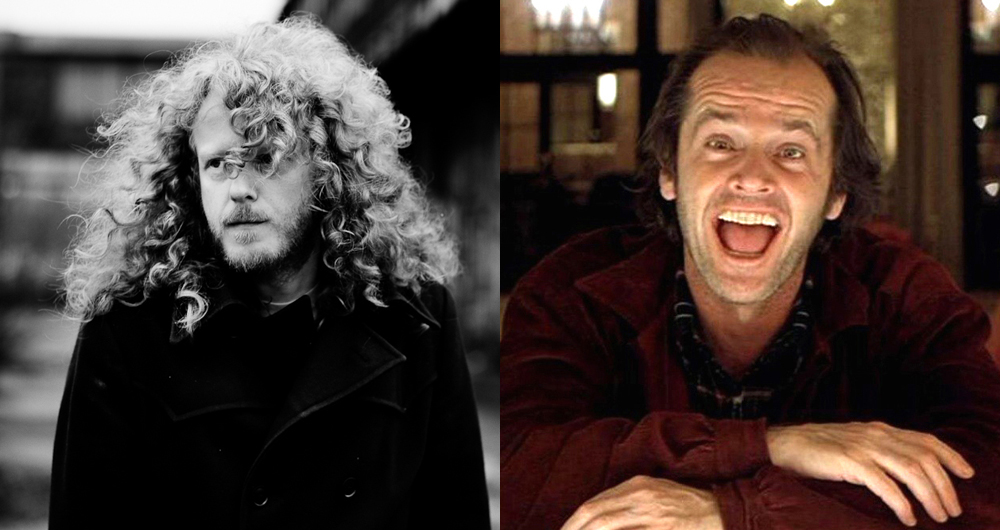 This whole month, in honor of the great season of Halloween, Cultural Sommelier will be focusing on some classic movies of the horrifying, eerie, and disturbing variety and pairing them with some musical counterparts.

What better to start than with Stanley Kubrick’s masterful adaptation of Stephen King’s “The Shining”?  From a young age, I was something of an amateur horror buff, so, naturally, this was the first Kubrick film I ever saw, and I think it stands with his best work (not that there’s such a thing as Kubrick-lite).  Now, the idea of any established, major director suddenly shifting gears and taking a stab at the horror genre feels like something of a pipe dream.  But maybe that’s because no one’s been able to pull it off in such a way, with Kubrick channeling all of his usual genius and panache into the genre and leaving an indelible mark on it.

Let’s be clear: “The Shining” isn’t your typical horror movie.  It’s the ultimate slow burn, building an atmosphere of dread and tension in an unhurried yet precise manner.  More than viscerally disturbing, the film creeps into your head, leaving you with a hypnotic sense of unease.  Typical of Kubrick’s work, there is masterful control over the imagery, which is so layered and mysterious that it has inspired a series of conspiracy theories as to what the film truly means.  The cavernous Overlook Hotel harbors endless hallways and spaces, full of history, secrets, and more.  Much like the human mind itself.

English ambient artist James Kirby released an album, “An Empty Bliss Beyond This World,” in 2011 under the name The Caretaker that focuses on just that: the human mind.  Inspired by both the haunted ballroom scenes of Kubrick’s “The Shining” (the project is named after a certain mysterious character) and the mental disintegration of Alzheimer’s, the album is one of the most fascinating pieces of music of this still-young decade.

“An Empty Bliss Beyond This World” is a layered collection of edits of 78-RPM records of pre-war romantic standards and 1920s dance band music (the kind heard in the ballroom scenes of “The Shining”).  Kirby takes this generally pleasant music of happy melodies and distorts it, placing the surface noise of the vinyl front-and-center.  Songs fade in and out, stop and start, with the music growing foggier and degrading over the course of the album.  “An Empty Bliss Beyond This World” has the overall quality of something slipping through your fingers, like a memory that you are struggling to cling onto.  Rarely has an album created such a haunting, insular look at the life of the mind.

Stanley Kubrick’s “The Shining” and The Caretaker’s “An Empty Bliss Beyond This World” pair well together because of the obvious inspiration of the film on Kirby, but also because they perfectly capture the sense of a faltering mind, with past and present blurring together into a beautifully eerie whole.

The Climax: The Ballroom Scenes

Replace the original music used in the ballroom scenes with nearly any of the tracks on “An Empty Bliss Beyond This World,” and it will create an even greater sense of blurred time and general spookiness.

Enter to win tickets to see Trio Da Kali at The Villa Victoria Center of the Arts (Newton, MA) on April 10th. END_OF_DOCUMENT_TOKEN_TO_BE_REPLACED

END_OF_DOCUMENT_TOKEN_TO_BE_REPLACED

Enter to win tickets to Rhye at The Paradise on February 28th. END_OF_DOCUMENT_TOKEN_TO_BE_REPLACED

Her new album has been pushed back, but we have Kimbra’s new single for you. END_OF_DOCUMENT_TOKEN_TO_BE_REPLACED

The folk duo returns with a new record this week. END_OF_DOCUMENT_TOKEN_TO_BE_REPLACED

Now that we’re done looking back at 2017, let’s look ahead at 2018. END_OF_DOCUMENT_TOKEN_TO_BE_REPLACED

Our first Song of the Week for 2018. END_OF_DOCUMENT_TOKEN_TO_BE_REPLACED

In a year when so many things were off, the music was right on. END_OF_DOCUMENT_TOKEN_TO_BE_REPLACED