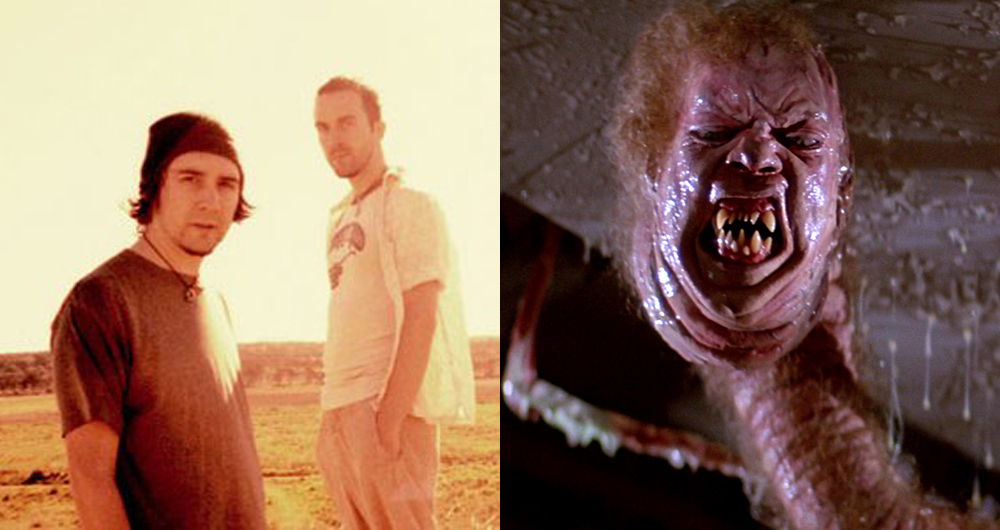 This week, I continue our look at classic horror movies and some equally horrific musical pairings.  This time around, let’s start with John Carpenter’s tense, wickedly grotesque “The Thing,” adapted from the sci-fi novella “Who Goes There?” by John W. Campbell, Jr.

John Carpenter is a master of horror, most well-known for one of the most influential films of the genre, 1978’s “Halloween.”  That is easily my favorite horror movie (without question), but I felt I should go with 1982’s “The Thing,” which is just as masterful, but was a critical and commercial disappointment upon its release.

An alien organism (only referred to as The Thing) is uncovered by a group of researchers in Antarctica and infiltrates their station with the ability to replicate and take the appearance of anybody that it consumes.  As you can imagine, everything devolves into a guessing game of who’s who and what’s what, with the men quickly turning on one another and dropping like flies.  The film is equal parts sci-fi and horror, steeped in an overall sense of paranoia and dread.  The tension is so wound up that there’s this feeling that almost anything could happen at any moment.  “The Thing” also features what are some of the greatest practical special effects of all time, breaking down the human body into mutated, disturbing forms that can inspire awe in their creative grotesqueness.

“Tomorrow’s Harvest” could easily be an alternate title for “The Thing” (what with the whole fear of aliens harvesting human bodies and all).  The electronic music duo Boards of Canada’s 2013 album “Tomorrow’s Harvest” sounds like the soundtrack to some lost ’80s sci-fi classic, but it also pairs quite well with “The Thing.”  Boards of Canada have said that the album was inspired by film soundtracks, particularly those of John Carpenter and others of his cold, synthy ilk.  The opening of the album even sounds like the opening credits sequence to an ’80s artifact (no joke, I thought a movie had started playing on my computer).  Much like the film, the album builds its cool atmosphere slowly but intensely, with a moody sense of encroaching dread bubbling beneath the surface.

The tracks on “Tomorrow’s Harvest” steer away from traditional melody and are actually much like the alien organism in “The Thing.”  They evolve and develop different textures over time, unfurling and growing, building layer upon layer.  Fans may have been disappointed by the duo’s first studio album in eight years, due to its distant and uneasy nature, but like “The Thing,” “Tomorrow’s Harvest” is unforgiving in its vision.

Due to the album’s long running-time, it almost pairs up quite nicely with the length of the film.  Imagine an alternative soundtrack created by modern electronic masters taking the reigns from a synth score pioneer.

Enter to win tickets to see Trio Da Kali at The Villa Victoria Center of the Arts (Newton, MA) on April 10th. END_OF_DOCUMENT_TOKEN_TO_BE_REPLACED

END_OF_DOCUMENT_TOKEN_TO_BE_REPLACED

Enter to win tickets to Rhye at The Paradise on February 28th. END_OF_DOCUMENT_TOKEN_TO_BE_REPLACED

Her new album has been pushed back, but we have Kimbra’s new single for you. END_OF_DOCUMENT_TOKEN_TO_BE_REPLACED

The folk duo returns with a new record this week. END_OF_DOCUMENT_TOKEN_TO_BE_REPLACED

Now that we’re done looking back at 2017, let’s look ahead at 2018. END_OF_DOCUMENT_TOKEN_TO_BE_REPLACED

Our first Song of the Week for 2018. END_OF_DOCUMENT_TOKEN_TO_BE_REPLACED

In a year when so many things were off, the music was right on. END_OF_DOCUMENT_TOKEN_TO_BE_REPLACED