Cultural Sommelier: Pairing Arca’s ‘Xen’ and ‘Under the Skin’ 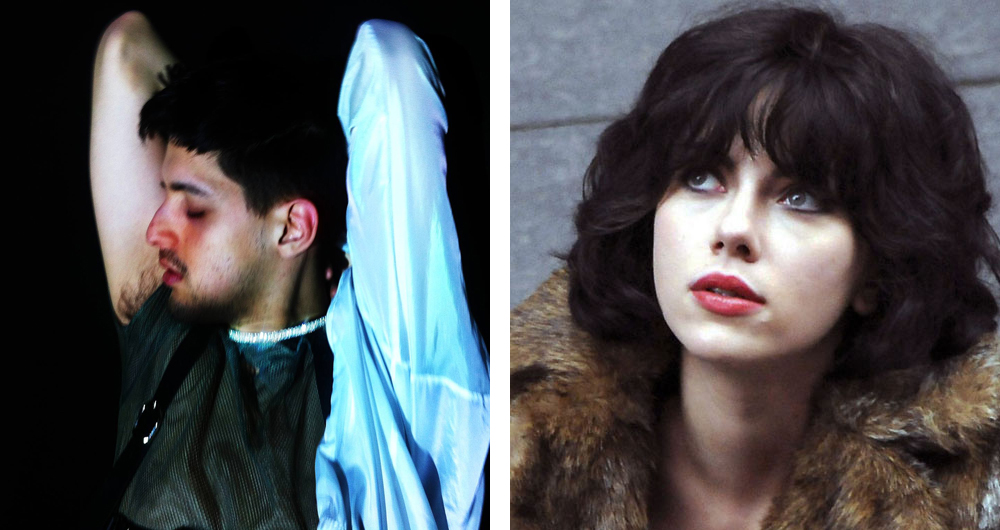 Since the year will be coming to a close soon enough, I’m going to use this week’s Cultural Sommelier to highlight two of my favorite works from 2014: Arca’s debut album “Xen” and Jonathan Glazer’s film “Under the Skin,” starring Scarlett Johansson. They make for quite the pairing.

The Venezuelan producer known as Arca has blown up over the past year or two, particularly due to his work with Kanye West (on “Yeezus”), FKA twigs (on “EP2” and “LP1”), and Björk (on her upcoming new album). Before that, he released various EPs and mixtapes, but this past October saw the release of his first proper studio album, “Xen.” According to Arca, the album was concepted and named after a fictional alter ego of his. Xen is the androgynous character that stars in some of his music videos and appears on the album cover, with a body that blends gendered anatomies and Cronenberg-esque sensibilities. He refers to Xen as “her,” but says that she is neither male nor female. His friends refer to Xen as a more feminine, confident side of him.

The descriptions of this alter ego could very well apply to Scarlett Johansson’s character in “Under the Skin,” my favorite film that I’ve seen this year (so far). The alien she plays takes on the form of a human woman to seduce and prey on men, but she can’t really be said to be male or female. That she knowingly takes on the form of a woman to accomplish her “goals” raises a lot of interesting ideas and questions about gender and sexuality.

In my review of Arca’s “Xen” back in October, I described the songs as alien organisms: constantly evolving and changing shape; utterly futuristic yet organic and sensual; difficult to classify. The fact that there are almost no vocal samples certainly adds to the alien quality. These descriptions, like the descriptions of the Xen character, could easily apply to the alien character of “Under the Skin.” Throughout the film, Johansson’s character begins to develop emotions and human traits and curiosities, which allows her to more closely resemble a human woman but also makes her much more vulnerable to the encroaching male forces of the world around her.

Both “Under the Skin” and “Xen” are highly experimental works of art that have a connection to the mainstream: Arca through his work with pop’s forward-thinkers and “Under the Skin” through mega-star Scarlett Johansson (who gives an astounding, chilling performance). Despite this connection (or perhaps to subvert it), they both defy easy explanation or understanding, almost defiantly so. “Xen” is uncompromising in its bold originality, with highly elastic, puzzle-like songs of ominous electronica. “Under the Skin” offers absolutely no exposition, tossing you into the film without any typical signifiers of plot or character to latch on to. Despite the elusive nature of these two works, writing about them in tandem feels like a no-brainer.

The Climax: A Trip to the Club and “Thievery”

While several songs on “Xen” feature strings that resemble Mica Levi’s haunting, surreal score (such as “Xen” and “Family Violence), the moment when she goes to the club could be set to “Thievery” because it is the only song on the album that could even possibly be played in a club (and that’s a big maybe). It would retain a sense of reality, while also hinting at the sinister, heady undercurrents of the scene.

Enter to win tickets to see Trio Da Kali at The Villa Victoria Center of the Arts (Newton, MA) on April 10th. END_OF_DOCUMENT_TOKEN_TO_BE_REPLACED

END_OF_DOCUMENT_TOKEN_TO_BE_REPLACED

Enter to win tickets to Rhye at The Paradise on February 28th. END_OF_DOCUMENT_TOKEN_TO_BE_REPLACED

Her new album has been pushed back, but we have Kimbra’s new single for you. END_OF_DOCUMENT_TOKEN_TO_BE_REPLACED

The folk duo returns with a new record this week. END_OF_DOCUMENT_TOKEN_TO_BE_REPLACED

Now that we’re done looking back at 2017, let’s look ahead at 2018. END_OF_DOCUMENT_TOKEN_TO_BE_REPLACED

Our first Song of the Week for 2018. END_OF_DOCUMENT_TOKEN_TO_BE_REPLACED

In a year when so many things were off, the music was right on. END_OF_DOCUMENT_TOKEN_TO_BE_REPLACED