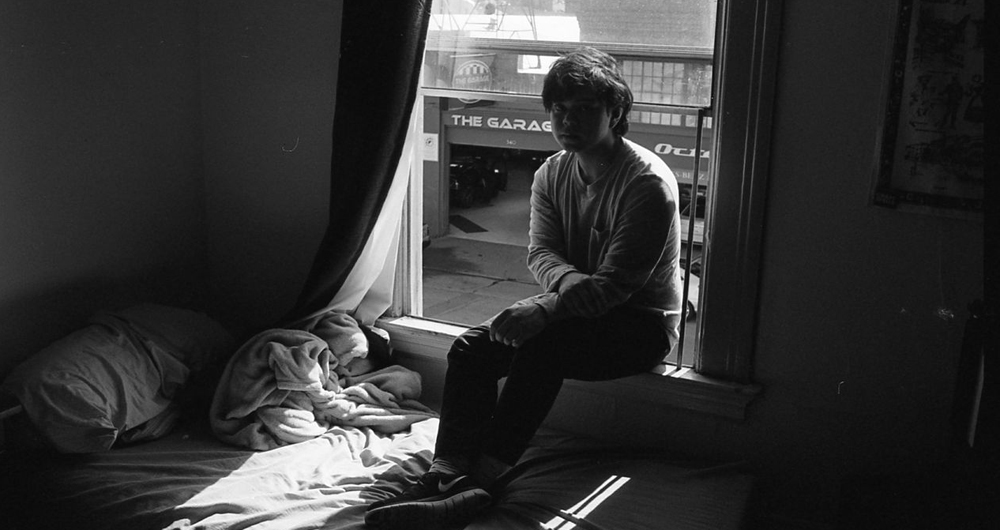 Talking to Craft Spells’ Justin Vallesteros the day his band’s sophomore album, “Nausea,” had been released was an endeavor that proved to be twofold. First, there was the goal of not asking him the same line of redundant questions regarding his latest project. Then, there was the task of simply keeping a tired musician awake and respondent during our conversation. “I am half asleep after a long drive. We’re on the road right now—on the way to New York,” he confirmed. “But I’m stoked to talk about the new record.”

Despite his established lack of sleep, Vallesteros came across as extremely attentive when he explained why he needed a few years off after releasing the “Gallery” EP back in 2012. “I just needed a break to try and escape the expectations placed on me. [Craft Spells] was being pigeonholed as dream-pop, New Order sounding stuff. Nostalgic revival was becoming this thing,” he stated with a sickened tinge in his throat. “But in two years, musicians can become more sophisticated. People who like to listen and are fans can grow with me, and have no problem waiting.” He also provided a more basic explanation for his brief hiatus. “I also wanted to write a really good record. Nowadays, [music listeners] have ADD, and want everything now. I didn’t want to half ass anything.”

“Nausea” is a sleek departure from its moody predecessor, “Idle Labor.” While “Labor” basked in noir-ish beats and resilient empathy, “Nausea” teeters on the edge of irrevocable oblivion. Vallesteros’ songwriting remains endlessly alluring, but musically his priorities have shifted. “On ‘Nausea,’ the sonics are lighter. The lyrics are delicate and detailed. The mood of the whole record takes you through my frustrations—my writer’s block—into this smooth, beautiful, almost theatrical sounding ending. Instead of writing songs, I tried composing them.”

He plans to harness this newfound exuberance to bolster Craft Spells’ live performance. The band is scheduled to hit Brighton Music Hall on June 23, and those who plan on going should keep an open mind. “With the new lineup, we kind of created our own atmosphere when we’re onstage. We plan to bring it to the east coast—we plan to bring it everywhere. It’s not as high energy, we want to sound as close to the record as possible.” Vallesteros seems indefatigable at this point. “It’s not about putting on a show—it’s about creating an experience.”

Enter to win tickets to see Trio Da Kali at The Villa Victoria Center of the Arts (Newton, MA) on April 10th. END_OF_DOCUMENT_TOKEN_TO_BE_REPLACED

END_OF_DOCUMENT_TOKEN_TO_BE_REPLACED

Enter to win tickets to Rhye at The Paradise on February 28th. END_OF_DOCUMENT_TOKEN_TO_BE_REPLACED

Her new album has been pushed back, but we have Kimbra’s new single for you. END_OF_DOCUMENT_TOKEN_TO_BE_REPLACED

The folk duo returns with a new record this week. END_OF_DOCUMENT_TOKEN_TO_BE_REPLACED

Now that we’re done looking back at 2017, let’s look ahead at 2018. END_OF_DOCUMENT_TOKEN_TO_BE_REPLACED

Our first Song of the Week for 2018. END_OF_DOCUMENT_TOKEN_TO_BE_REPLACED

In a year when so many things were off, the music was right on. END_OF_DOCUMENT_TOKEN_TO_BE_REPLACED