Country for Cool Kids: Sturgill Simpson, the Mavericks, and More 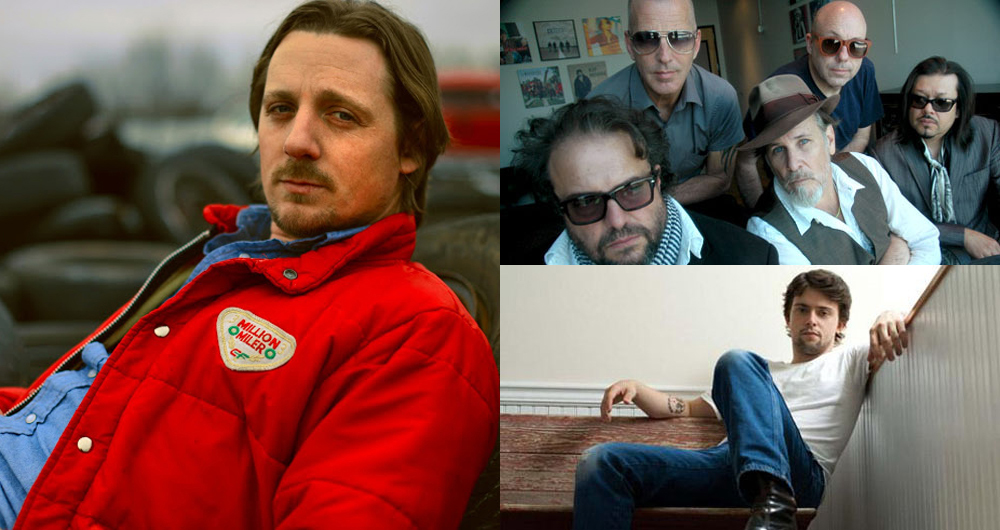 Rumor has it that Boston is not a country town but we’ve found evidence to the contrary. While we may not be a hotspot for indigenous twang — we blame the accent — the Hub has been getting increasingly country-friendly in recent years.  Beyond the big names like Zach Brown Band at Fenway or Keith Urban at the Xfinity Center, beyond the corporate radio format shifts that have placed pop-country where our alt-rock (and EDM) used to be, you’ll find a broad pallette of country sounds in record stores and clubs. Here we wrap up the latest and the greatest of what we’re listening to and looking forward to on record and in local clubs with a few road trips thrown in for fun.

We missed this Austin-by-way-of-Seattle singer when she brought her smart, shimmering country-rock to Passim and it is arguably our greatest regret of the summer. We feel guilty enough that the “King of the Road”-channeling “Mama Needs a Margarita” from “World of Strangers” has become our mantra.
Known as the first openly gay country record ever, Patrick Haggerty’s lost 1973 masterpiece is ecstatic and tragic, hilarious and heartbreaking. Lavender Country is both a great listen and an emotional analysis of a dark, homophobic time in American history.
That rare instance where a sequel may be better than the original, LITA’s second installment of the Country Funk series is a down and dirty compilation of oft-overlooked grooves. As Kenny Rogers’ says on CF2 track “Tulsa Turnaround”, “If a man’s gonna eat fried chicken, he’s gotta get greezy.”
Simpson’s understated, Waylon Jennings-channeling outlaw approach upends all expectations of what a country record can be. From the psychedelic philosophy of “Turtles All The Way Down” to the backwards-tape of album-closer “It Ain’t All Flowers”, Simpson’s rugged, artful honesty is taking the country by storm. Simpson returns to Brighton Music Hall, August 28.
Okay, this might not fall into the “cool” category — Dalton and crew are definitely gunning for commercial country territory — but they are one of the most active and visible country bands in the city. They also deserve kudos for making country in Boston without a fake Southern accent, which is more rare than an a roach-free apartment in Allston (Thursday, July 26, Bell in Hand Tavern, Boston, MA).
Nashville may have a lot of great music but it doesn’t have an ocean, so we’re not surprised to see Music City sending their folks our way. Texas-bred Combs and Rhode Island native Fletcher are two of our favorite songwriters making this The Valiant Brothers of tag-team country tours (Tuesday, July 29, Atwood’s Tavern, Cambridge, MA).
Denny’s voice is truly unique — think a drawlin’ Antony Hegarty with Roy Orbison warble — and it took a couple of spins of “If The Roses Don’t Kill Us” (available 8/5 on Partisan Records) for us to take a shine it, but we’ve been obsessed with this lush, emotive take on progressive country ever since. Catch him before he makes the jump to the big rooms (Great Scott w/ Strand of Oaks, Thursday, August 7).
Humor in country music tends to lean towards the cornpone variety — think Hee Haw and its ilk — but Friedman has been delivering the sly, subversives take on country tropes for almost forty years. Less comedian and more stand-up philosopher, Friedman is the id to the music industry’s ego and one of its finest songwriters. (Johnny D’s, Friday, August 8).
Yes, “Wagon Wheel” has turned into “Margaritaville” for the modern tourist trap, but Old Crowe Medicine Show are still one of the best live bands in America. Their new album “Remedy” digs deep and comes up with country gold. They’re joined by the gritty and gorgeous (and always-great) New Orleans outfit Hurray for the Riff Raff (Monday, July 28, Hampton Beach Casino Ballroom, Hampton, NH).
Back in the late ’80s, before alt-country, back before Americana, there was The Mavericks and they were hipper than all the artisan-suspender-clad moustache-twirlers in Brooklyn combined times infinity. Their 2013 comeback record “In Time” channels ska, mariachi and Western Swing to create serious party vibes (Saturday, August 9, Indian Ranch, Webster MA).
Best known for their early association with the Grateful Dead (Jerry Garcia was their original pedal steel player) the New Riders were part of the country-rock vanguard alongside the Byrds and Gram Parsons. Forty-odd years later they still sound ahead of the country curve, still making great music and definitely worth the drive to Central MA (Thursday, August 7, Bull Run Restaurant, Shirley, MA).
Best known in non-country corners as the guy that was married to Julia Roberts for a hot minute, this Texas troubadour has been cranking out critically acclaimed country jams for the last three and a half decades. 2012’s “Release Man” found Lovett in prime form, exhibiting exactly why the Lonestar state looms so large in the country world (Saturday, August 16, Boarding House Park, Lowell, MA).
Known professionally as Robert Ellis Orrall, you might know him as the dude that sent you a hand-written note when you ordered the new Diarrhea Planet LP. Or you recognize the name from the writing credits on those early Taylor Swift records. Or maybe you know him from his career as a country singer. Bob gets around, but before he was cranking out hits or putting out primo punk music on Infinity Cat Records with his sons — whom you may know as stoner-punk duo Jeff the Brotherhood — he was growing up in Lynnfield, MA. Yep, the dude that brought you Taylor Swift and the new Guerilla Toss cassette is from Lynnfield. He might be the only person from Lynnfield ever.