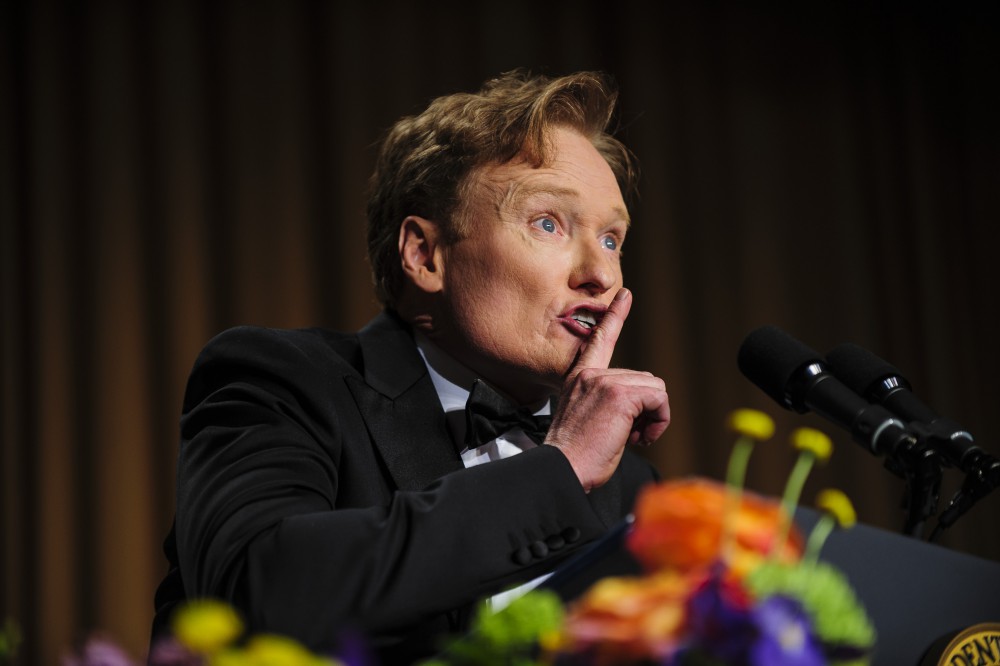 What’s worse than having your boss find your irate work-related Twitter feed?

Um, maybe having him publicly shame you on it.

Brookline-bred Conan O’Brien fired back at one of his writers, Andrés du Bouchet, for posting an expletive-laced Twitter rant about his fellow late-night comedians.

I wish one of my writers would focus on making my show funnier instead of tweeting stupid things about the state of late night comedy.

Du Bouchet’s Thursday night Tweets were quickly deleted (The Hollywood Reporter managed to preserve them in text form), but they appeared to throw major shade at shenanigans like lip-syncing and HashTag Wars — a la Jimmy Fallon and Comedy Central’s “@Midnight,” respectively.  He later went back to Twitter to post remorse for his actions (“Sorry for being a bloviating elitist windbag last night. I know tons of talented people are making the stuff I enjoy shitting all over.”) — but those, too, have been deleted.

Camp Conan confirmed to Boston.com that du Bouchet is still a writer on the show, and when asked for further comment, their response was simple: “Conan’s tweet is all he is going to say on the matter.”

Always a pleasure to have Boston.com’s Perry Eaton in studio for a chat. After we talked a bit about Pearl Jam at Fenway and Perry’s new podcast, he filled us in on Game of Thrones live and Narragansett’s new Bananagrams-themed brew. END_OF_DOCUMENT_TOKEN_TO_BE_REPLACED

No, not from afar, from the comfort of her couch. From the actual awards themselves. That’s where Meredith Goldstein was for the Oscars. She shared all the juicy, first-hand details with me. END_OF_DOCUMENT_TOKEN_TO_BE_REPLACED

It was wonderful having our good friend Meredith Goldstein back in studio this morning. She dug into the latest edition of Love Letters, which prompted us to play this song. And of course we had to discuss the Oscars. Make sure you’re following Meredith on Twitter, as she’ll be live-tweeting the awards this Sunday night. END_OF_DOCUMENT_TOKEN_TO_BE_REPLACED

Our first edition of TV Sets for 2016 might be better than every edition from 2015. END_OF_DOCUMENT_TOKEN_TO_BE_REPLACED