‘Community’ May Be Given New Life on Hulu 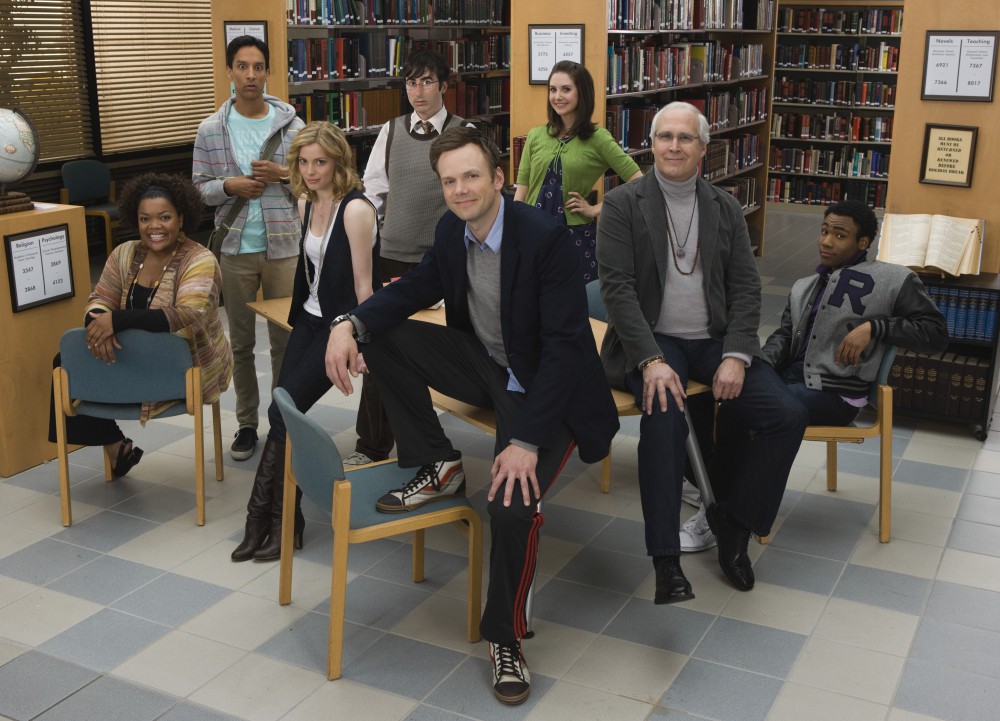 Since it is 2014 and television shows have developed a Marvel Comics complex wherein no one ever actually dies, it seems as though faltered NBC comedy “Community” may be getting a revival.

As Deadline Hollywood reported, the folks over at Hulu are in talks with Sony Pictures TV for a web-only sixth serason. The report, which directly conflicts something the same site reported two weeks ago, also notes that creator Dan Harmon has warmed to the idea of commuting the recently cancelled franchise to a new network. Of course,the prospect of a full-length film has yet to be addressed, but this glimmer of hope could potentially be a gateway a full-on rebirth of the ill-fated series.

All this is great news for the #sixseasonsandamovie turkeys who have been polluting Twitter with their pleas for a second zombification of the show, but its terrible news for anyone who watched season five.

While the diehard cult appeal of  “Community” cannot be denied, the show was little more than a shell of its former self in its most recent incarnation. With mainstays Chevy Chase and Donald Glover abandoning ship, the series soured into a compensatory and jumbled mess of fan-focused apologies. Its long-running tropes and theme episodes were worn to ribbons, and the boilerplate joke machine proved to be unsustainable for the hashtag-approved run. “Community” is dead, and it used to be that you don’t play politics with a dead kid’s life. But, with Hulu pushing Netflix in the arms race for original content, it wouldn’t be surprising for the increasingly monetized streaming service to nab this series from the toilet much in the way Netflix did with “Arrested Development.”

Always a pleasure to have Boston.com’s Perry Eaton in studio for a chat. After we talked a bit about Pearl Jam at Fenway and Perry’s new podcast, he filled us in on Game of Thrones live and Narragansett’s new Bananagrams-themed brew. END_OF_DOCUMENT_TOKEN_TO_BE_REPLACED

No, not from afar, from the comfort of her couch. From the actual awards themselves. That’s where Meredith Goldstein was for the Oscars. She shared all the juicy, first-hand details with me. END_OF_DOCUMENT_TOKEN_TO_BE_REPLACED

It was wonderful having our good friend Meredith Goldstein back in studio this morning. She dug into the latest edition of Love Letters, which prompted us to play this song. And of course we had to discuss the Oscars. Make sure you’re following Meredith on Twitter, as she’ll be live-tweeting the awards this Sunday night. END_OF_DOCUMENT_TOKEN_TO_BE_REPLACED

Our first edition of TV Sets for 2016 might be better than every edition from 2015. END_OF_DOCUMENT_TOKEN_TO_BE_REPLACED