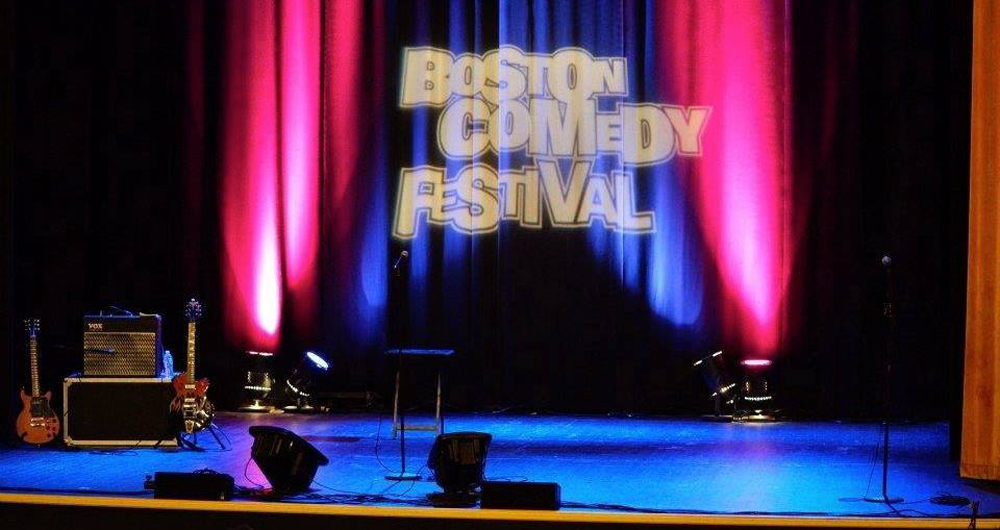 How are you planning to fill the gaping hole in your life created by the Patriots’ bye week? I guess you could just watch the other games, but if you’re like me, you’ve developed an unhealthy level of sports hate for every other NFL franchise and its fans, mostly based on obnoxious Internet comments. So instead check out one of the music, comedy, and film festival events happening this weekend.

Everyone loves live music, but isn’t what happens behind the scenes even more interesting? I mean “Almost Famous” is one of like six DVDs that I own, and one time I watched a four-hour documentary about the Eagles and I hate the fucking Eagles, man. Made up of photos and video from local musicians including Joe Fletcher and the Fagettes, the Nave Gallery Annex exhibition “I’ve Been Everywhere, Man: Musicians on the Road” takes an intimate look at the reflections, adventures, humor, and hardships of touring acts. Check out tonight’s opening reception; the exhibition runs through November 22. (6 p.m., FREE, all ages)

Kiran Gandhi graduated from Georgetown in 2011 with a double major in math and political science, served as Interscope Records’ first data analyst, spent last year playing drums on tour with M.I.A., and now she’s getting an MBA at Harvard. (I’ll give you a minute to recover from the deep shame spiral you just went into for accomplishing relatively nothing in your pointless life. All better? Great!) Luckily you can learn something or just hope some of Gandhi’s success will rub off on you at her free Mmmmaven workshop, “Re-Imagining The Music Industry.”
Intended for musicians and DJs alike who are looking for new ways to expand their target audience or apply for a new gig, the workshop seeks to apply principles from traditional MBA topics to nontraditional fields like the music industry. (7 p.m., FREE, all ages)
You always hear stories about the Coen brothers making movies on Super 8 cameras when they were like six years old, and maybe if you had a camera as a kid you’d be a famous director by now, too. But then again when I was that age I shoved a bunch of raisins up my nose and they started to turn back into grapes and I had to go to the emergency room. Either way it’s pretty cool that the second annual Boston International Kids Film Festival, presented by Tufts and the Somerville Theatre, showcases films made for and about kids and offers workshops designed to teach young people to tell their own stories. (Various times, $10-20, ages 10 and up)
The nine-day Boston Comedy Festival aspires to be the best multi-day comedy event in New England, which shouldn’t really be that difficult: Boston is home to most of the world’s funniest people, and other New England cities like Hartford are home to most of the world’s, I don’t know, insurance agents? Todd Barry’s festival-opening show at the Davis Square Theater is sold out (sorry!) but you can catch plenty of up-and-coming comics doing stand-up, variety shows, podcast tapings, and more. (Various times, prices, and ages)

The sixth edition of Boston Hassle’s annual underground music festival, Hassle Fest brings together more than 40 local and nationally touring acts birthed from the fertile soil of the underground. Just don’t get your hopes up because like the underground railroad, they’re not literally from underneath the ground, although there is a band called Bugs & Rats and those are two things you probably find a lot of in a weird underground moleman colony. Body/Head (featuring Sonic Youth’s Kim Gordon) headlines the two-night event at Somerville’s Cuisine en Locale, and festival wristband holders can keep the music going until 3 a.m. at secret Central Square after-parties. (6 p.m. Friday, 3 p.m. Saturday, $25, all ages)

The second-best part of those Drunk History videos, after the drinking, obviously, is the history and how wrong it usually is. That’s kind of the same principle behind An Improvised People’s History at the Riot Theater in JP. It all begins when the audience picks a page from a real US history textbook, then hilarity ensues as the improvisers rewrite that chapter in history with their own (mis)interpretations. You know, like how you misinterpreted the underground railroad to be an actual thousand-mile-long system of subway trains carrying escaped slaves up from the South because your idiot third-grade teacher never told you it wasn’t and you had to find out the hard way, in college. (8 p.m., $10, all ages)

The 2007 film “The Assassination of Jesse James by the Coward Robert Ford” was a pretty good movie, I guess, even if its title and the movie itself are both a little too long for modern attention spans. But there’s a whole Jesse James Revival society organizing screenings to help the movie earn its proper place in the Western film canon (still way, way below “Tombstone” for me — name another movie that inspired a line of mediocre frozen pizzas. You can’t.) Sunday’s screening at the Brattle Theatre features a post-show Q&A with Casey Affleck — the thinking man’s Affleck — who steals the movie with his portrayal of Robert (not Rob) Ford. (7 p.m., $12, rated R)