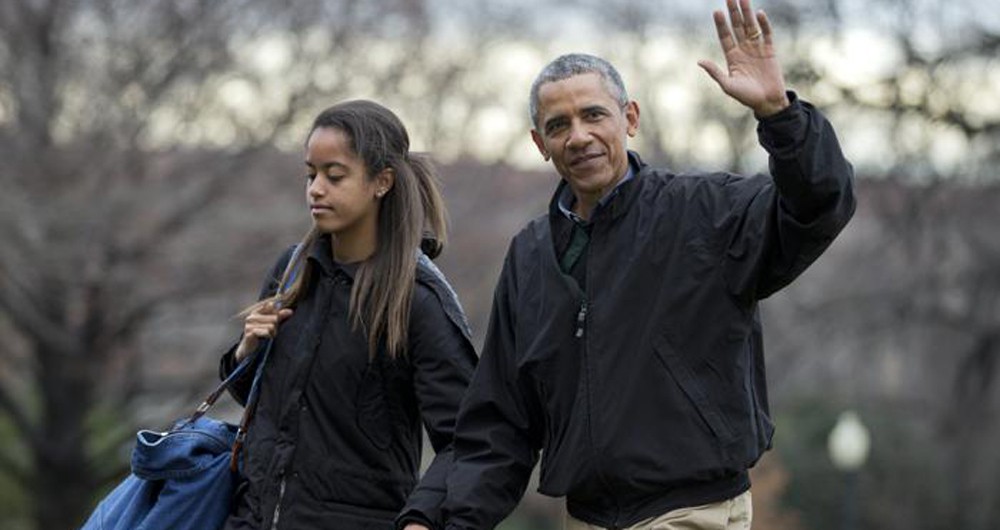 Boston’s Date With the President’s Daughter

Yes, Malia Obama was in town this week touring schools that she is considering attending. Yes, lots of people took notice, including Betty Anne Richardson of the Harvard Crimson, who took a selfie with the First Daughter (does that make Sasha the Second Daughter, or the second First Daughter?) in the background.

Suffolk University’s Diversity Services invited Dr. Marc Lamont Hill to speak to students at Beacon Hill’s African American Meeting House about issues dealing with the United States’ prison industrial complex and mass incarceration, according to Katherine Yearwood of the Suffolk Journal. Yearwood writes that “Hill’s speech was full of information and unyielding passion.” The speech was part of SU Diversity Services’ Social Justice Series, and was packed with those eager to hear a passionate plea for reform.

According to Yearwood, “Hill’s speech focused on a few key points as to why incarceration rates are so high: the criminalization of homelessness, the economic need for prisons, the treatment of children in the school system, and what it would take to abolish the prison system.”

Dr. Hill works as a social justice organizer, journalist, academic, and commentator throughout the United States.

The Harvard Crimson looks at regional diversity at their university this week in a feature written by C. Ramsey Fahs and Forrest K. Lewis. The piece argues that Harvard’s “geographic numbers are still unrepresentative of the United States as a whole,” citing that about 41 percent of undergraduates in the Class of 2017 are from New England, while less than 12 percent come from the Southeast. A little ways down, the authors state that “Louisiana sent just two students to Harvard this past year, a small number considering its population of 4.6 million.”

The piece takes a number of factors into account, including data provided by William R. Fitzsimmons, Dean of Admissions and Financial Aid at Harvard. Fitzsimmons uses these numbers, and works with his peers to plan and execute outreach programs across the country.

Students from across different regions were tracked down and interviewed, answering questions about their experience adapting to Ivy League culture, the Northeast, and their admissions processes.

Jackie Roman of the Berkeley Beacon wrote an editorial this week spurred by an encounter on the T. The author intervened during a situation in which loud drunk men were harassing and asking personal questions to another woman. Roman writes that, “society will not teach men how to act, so women must be taught how to behave. Well, I’m tired of always trying to be on my best behavior.”

Roman continues, “when I was a girl in elementary school, I was told not to wear tank tops, short shorts, or miniskirts. Before I had even hit puberty and developed my sexuality, I was being taught that my body was not my own to control, and that if I neglected the rules set for my body, the repercussions would be my fault.”

Roman suggests that it’s time to battle against harassment by educating young men at an early age. “Imagine how different things would be if my elementary school teacher told the boys to respect me no matter the clothes I chose to wear, rather than telling me which clothes to wear.”

The piece provides critique on what isn’t and what should be taught to young adults, including educating them about signs of consent. “Men are hardly taught much of anything when it comes to the appropriate way to treat women,” she writes.

Enter to win a pair of tickets to attend The Hess Collection Seminar and Dinner as part of Boston Wine Festival 2018 at the Boston Harbor Hotel on Wednesday, March 14th. END_OF_DOCUMENT_TOKEN_TO_BE_REPLACED

Boston band Funeral Advantage is Tyler Kershaw. And Tyler Kershaw had a fun childhood, so it seems. END_OF_DOCUMENT_TOKEN_TO_BE_REPLACED

Perry put me on to daephne and the album blew my mind. END_OF_DOCUMENT_TOKEN_TO_BE_REPLACED

While many have called out Davis since a video of her refusing to issue a marriage license to Rowan County residents David Moore and David Ermold went viral in July, relationship columnist and gay activist Dan Savage went a step further on MSNBC Tuesday night, saying that “this is about someone hypocritcally looking to cash in”. He added: “And she is a hypocrite.” END_OF_DOCUMENT_TOKEN_TO_BE_REPLACED