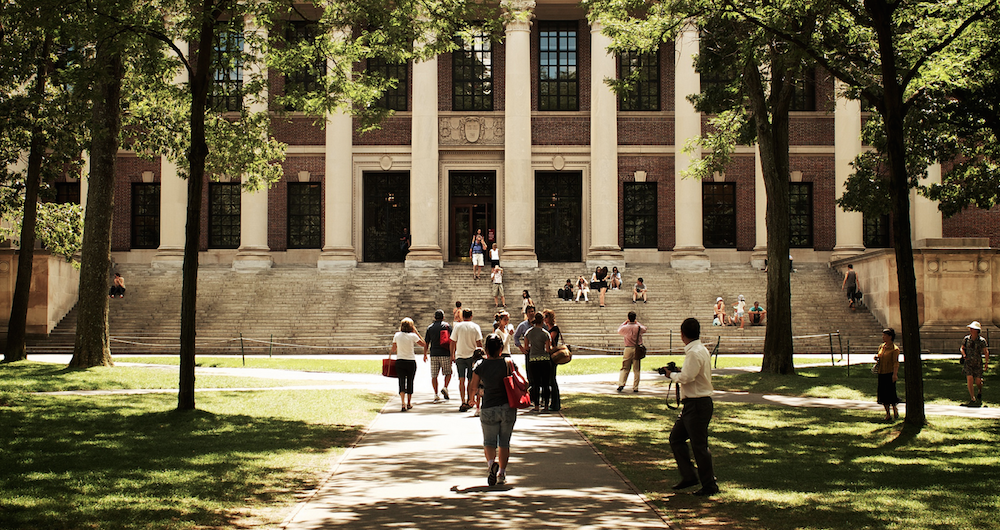 Grabbing most of the attention this week as far as college news goes is Harvard’s formal ban on faculty-student sexual relationships. According to Karl M. Aspelund and Meg P. Bernhard of the Harvard Crimson, new FAS sexual harassment procedures were released Monday, although the prohibition of faculty-student relationships has been in effect since a policy was released last August.

According to the Crimson, “the outcome, some professors said, is a set of procedures that make clearer expectations and obligations surrounding sexual harassment.” Harvard was among schools listed by the Department of Education last year under investigation for failing to comply with Title IX. Title IX prohibits sex-based discrimination in education, with Harvard working to enact new, clear and important policies over the last few months.

BU Binge-Drinking Hospitalizations On the Rise

BU students took more trips to the hospital due to alcohol-related illness during the Fall 2014 semester when compared to Fall 2013, according to Samantha Gross of the Daily Free Press. However, as Gross writes, the Fall of 2013 was an anomaly; Fall 2014 numbers were more alike to years past.

Gross quotes Dean of Students Kenneth Elmore, who said “If the number is going up because people are being more cautious and a little bit more helpful to their friends and neighbors, well I’m happy that that is an important aspect of this too, but we still need to take a look at what some of the other correlates might be.”

The Berkeley Beacon published an editorial this week by Sam Weisberg who compares the protests on I-93 last month to the actions of sports fans after last Sunday’s Super Bowl. After mentioning Governor Baker’s response to the I-93 blockade, in which he mentions America’s need for protest but called the blockade a disruption, he asks, “Where were you on Sunday night, Mr. Governor?”

Boston University’s adjunct faculty have voted 319-158 to unionize, according to J.D. Capelouto of the Daily Free Press. The faculty will join SEIU Local 509, which will help them “work to negotiate with the university over issues such as payroll, office space, longer contracts, job security and health benefits for the adjunct professors,” according to the article. Capelouto also writes that BU adjuncts join their colleagues who have unionized in the past year at Tufts, Lesley, and Northeastern.

Former U.S. Secretary of State Madeleine Albright has been announced as Tufts’ Class of 2015 Commencement Speaker, according to Audrey Michael of the Tufts Daily. Albright was appointed by Former President Clinton in 1997 and held the position until 2001. She was the first female Secretary of State in the United States.

Suffolk University is continuing its move off Beacon Hill and into downtown, announcing this week that it plans to sell its Donahue and Archer buildings, located on Temple Street behind the State House, according to Thalia Yunen of the Suffolk Journal. The Archer building was originally Suffolk Law School, which was joined with the Donahue building in the 1960s. Up until now, the administration has repeatedly written off the idea of selling the two buildings because of their importance to the school’s history as well as the amount of offices and classes held in the building.

According to the article, everything will be moved to the new 20 Somerset building that is currently under construction. That building, which was originally supposed to become the New England School of Art and Design at Suffolk University, has gone through a slew of changes. Whether or not it really does have enough space should be questioned because Suffolk has also sold two other properties close by, the Fenton and Ridgeway buildings. Suffolk has, in the past, butted heads with the Beacon Hill Civic Association on issues such as noise, parties, and expansion. This move may just be Suffolk’s surrender to the NIMBY group that, this year, also opposed the implementation of handicapped ramps on Beacon Hill sidewalks.

Enter to win a pair of tickets to attend The Hess Collection Seminar and Dinner as part of Boston Wine Festival 2018 at the Boston Harbor Hotel on Wednesday, March 14th. END_OF_DOCUMENT_TOKEN_TO_BE_REPLACED

Boston band Funeral Advantage is Tyler Kershaw. And Tyler Kershaw had a fun childhood, so it seems. END_OF_DOCUMENT_TOKEN_TO_BE_REPLACED

Perry put me on to daephne and the album blew my mind. END_OF_DOCUMENT_TOKEN_TO_BE_REPLACED

While many have called out Davis since a video of her refusing to issue a marriage license to Rowan County residents David Moore and David Ermold went viral in July, relationship columnist and gay activist Dan Savage went a step further on MSNBC Tuesday night, saying that “this is about someone hypocritcally looking to cash in”. He added: “And she is a hypocrite.” END_OF_DOCUMENT_TOKEN_TO_BE_REPLACED