College News Round-Up: A Victory for Transgender Rights at Simmons 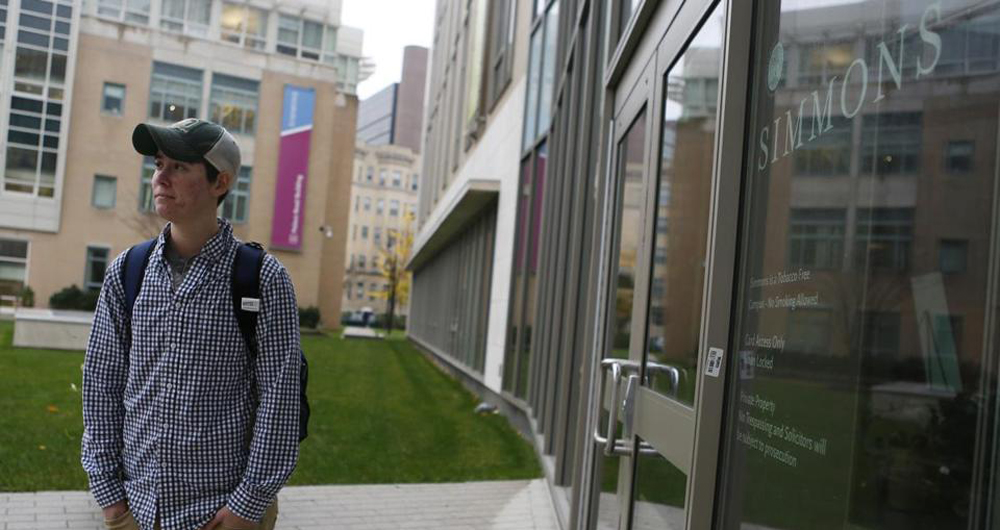 {“data”:[{“type”:”text”,”data”:{“text”:”_The College Newspaper Round\\-Up is a weekly look at various stories published in Boston\\-area student newspapers, plucking out the most interesting pieces that are important to communities across the Commonwealth: the students, the faculty, and the residents of neighborhoods that house them all._ \n”}},{“type”:”html”,”data”:{“text”:”“}},{“type”:”heading”,”data”:{“text”:”A Victory for Transgender Students at Simmons”}},{“type”:”text”,”data”:{“text”:”Simmons, an all\\-women’s college in Boston, is now the third in the country who will be accepting students identifying as transgender or gender nonconforming, [according to the Boston Globe](http://www.bostonglobe.com/metro/2014/11/07/simmons\\-college\\-becomes\\-women\\-college\\-announce\\-will\\-accept\\-transgender\\-students/znajJvxnxnt84Q0F9tCMiJ/story.html). The inclusive policy comes after Mount Holyoke College “formalized rules that admit all students except for those who were born male and who continue to identify with that gender,” according to the Globe article. The article also quotes 21\\-year old Danny Boucher, a junior at the school, saying that “Simmons is aligning itself right now on the right side of history.” We look forward to seeing the next edition of Simmons’ student newspaper [The Simmons Voice](http://simmonsvoice.com/). \n\n”}},{“type”:”heading”,”data”:{“text”:”Harvard Caught With Cameras”}},{“type”:”text”,”data”:{“text”:”This week’s biggest story on the national scale is the revelation that faculty at Harvard’s College of Arts and Sciences filmed students during a study on attendance, [according to Dev A. Patel and Steven R. Watros of the Harvard Crimson](http://www.thecrimson.com/article/2014/11/5/bol\\-photograph\\-courses\\-hilt/). According to the article, the study has yet to be revealed to the included students. Vice Provost for Advances in Learning Peter K. Bol said the study was “part of a larger research effort to study student attendance in lectures,” according to the Crimson. \n\n”}},{“type”:”heading”,”data”:{“text”:”BU Gives Benefits to Service Workers”}},{“type”:”text”,”data”:{“text”:”A new, four\\-year contract between Boston University administration and the local chapter of 32BJ Service Employees International Union has secured benefits for BU workers, [according to The Daily Free Press’ Mina Corpuz.](http://dailyfreepress.com/2014/11/06/bu\\-workers\\-ratify\\-four\\-year\\-contract\\-agreement/) It’s important to realize that service workers are some of the most important members of schools in the area. They’re the hardworking people that clean, build, maintain the grounds and take care of each school make it so that everything runs smoothly. The new contract includes a four\\-year pay raise and health benefits, according to the Daily Free Press. \n\n”}},{“type”:”heading”,”data”:{“text”:”Emerson Stands Behind its Donation to the City”}},{“type”:”text”,”data”:{“text”:”Many schools in Boston take part in a program called PILOT, or, “payment in lieu of tax,” in which they don’t pay taxes, but instead it’s suggested that they make donations towards municipal services. This deals with the amount of tax\\-exempt land the institutions operate on. [According to Agatha Kereere and Jackie Tempera of the Berkeley Beacon](http://www.berkeleybeacon.com/news/2014/11/6/emerson\\-disputes\\-voluntary\\-municipal\\-payment\\-sum), Emerson College is now defending the amount they give the city. The article states that Emerson College President M. Lee Pelton told the Beacon that the amount of money donated recently is apt because the school really needs it to go towards keeping tuition low and advertising to prospective students. The city suggests $602,609, but the amount Emerson has been paying each year? $141,591, according to the Berkeley Beacon. \n\n”}},{“type”:”heading”,”data”:{“text”:”Historic Findings from Harvard’s Archaeology Program”}},{“type”:”text”,”data”:{“text”:”Andrew M. Duehren of the Harvard Crimson [writes this week](http://www.thecrimson.com/article/2014/11/7/antrho\\-class\\-harvard\\-yard\\-dig/) that students taking a class called “The Archaeology of Harvard Yard” have continued excavating the remains of Harvard Indian College, a school Native Americans attended at the university in the 17th century. According to Duehren’s article, the school was “erected in 1655 and dismantled in 1698.” The article also states that among other findings, students found “pieces of smoking pipes, glass from bottles of alcoholic beverages, and silver cufflinks.” \n\n”}},{“type”:”heading”,”data”:{“text”:”An Out of State Political Perspective from BU Students”}},{“type”:”text”,”data”:{“text”:”Sara Ryan [describes in her Daily Free Press column this week](http://dailyfreepress.com/2014/11/05/ryan\\-liberal\\-through\\-and\\-through/) the view which many students from out\\-of\\-state share after this past election: isn’t Massachusetts supposed to be liberal? She points out that because the state’s senate and house are both overly liberal, there will never be a loss of voice. From her piece: “I’m not endorsing Baker, but I also refuse to endorse Coakley for governor. Considering how left leaning I am, this should say something. Coakley doesn’t get me pumped up. She doesn’t make me excited to be a Democrat. Instead, she’s the Democratic equivalent of lukewarm coffee — you drink it because you need the caffeine, not because it tastes good.”\n\n”}},{“type”:”heading”,”data”:{“text”:”Northeastern Student Seeks Money to 3D Print Chocolate”}},{“type”:”image”,”data”:{“file”:{“url”:”http://www.bdcwire.com/wp-content/uploads/2014/11/977f5cf925c2a6d807986ab08f0faa53-large1.gif”,”full”:”http://www.bdcwire.com/wp-content/uploads/2014/11/977f5cf925c2a6d807986ab08f0faa53-large1.gif”},”text”:””}},{“type”:”text”,”data”:{“text”:”Northeastern University student Jason Lee has [launched a Kickstarter campaign](https://www.kickstarter.com/projects/1757565526/chocoform\\-custom\\-chocolate\\-and\\-3d\\-printed\\-images) this week to raise enough money to purchase a 3D printer for himself. With the printer, he will make molds from photos or logo designs and create custom chocolates with them. He shows various examples in the campaign’s video including chocolates made from a photo of his brother and some of Han Solo frozen in carbonite. [Alexandra Malloy of the Huntington News interviewed and wrote](http://huntnewsnu.com/2014/11/jason\\-lee\\-takes\\-3\\-d\\-printing\\-to\\-an\\-edible\\-level/) about Lee for this week’s issue. The article mentions that Lee spent time at 3D printing company Formlabs in Somerville, where he got the idea. \n\n”}}]}

Enter to win a pair of tickets to attend The Hess Collection Seminar and Dinner as part of Boston Wine Festival 2018 at the Boston Harbor Hotel on Wednesday, March 14th. END_OF_DOCUMENT_TOKEN_TO_BE_REPLACED

Boston band Funeral Advantage is Tyler Kershaw. And Tyler Kershaw had a fun childhood, so it seems. END_OF_DOCUMENT_TOKEN_TO_BE_REPLACED

Perry put me on to daephne and the album blew my mind. END_OF_DOCUMENT_TOKEN_TO_BE_REPLACED

While many have called out Davis since a video of her refusing to issue a marriage license to Rowan County residents David Moore and David Ermold went viral in July, relationship columnist and gay activist Dan Savage went a step further on MSNBC Tuesday night, saying that “this is about someone hypocritcally looking to cash in”. He added: “And she is a hypocrite.” END_OF_DOCUMENT_TOKEN_TO_BE_REPLACED