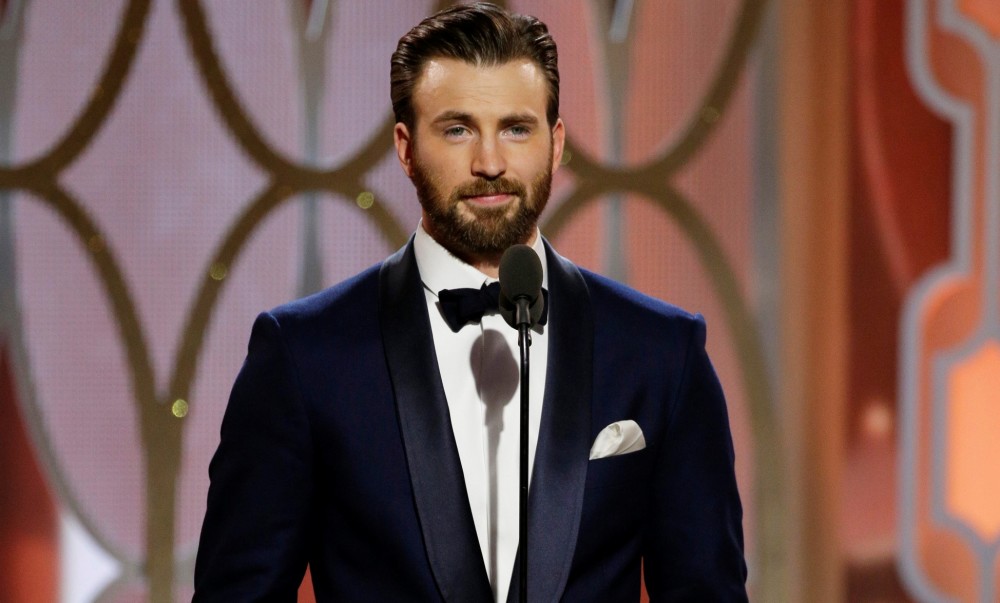 Local boy Chris Evans attended the 73rd Golden Globe Awards Sunday to present Spotlight as a contender for Best Picture–Drama. It was fitting, as the movie–based on The Boston Globe’s unearthing of the Catholic Church sex abuse scandal–was filmed and set in Evans’s hometown.

And he said so in his speech: “[The Spotlight Team’s] year-long Pulitzer Prize-winning investigation rocked my hometown of Boston to its core.”

Chris Evans is from Boston? It’s weird that Captain America has never drunkenly screamed, “You think you’re better than me?” at a Nazi. — Josh Gondelman (@joshgondelman) January 11, 2016

Chris Evans, yr Boston boy, probs helped a girl in black pants and a tube top puke on the B line at some point in his life, g’bless — Pixie Casey (@pixie_casey) January 11, 2016

What would a discussion of Boston actors be without a nod to the Kings?

“It should have been me.” – Ben Affleck watching Chris Evans intro a movie about Boston #GoldenGlobes — Michelle Markowitz (@michmarkowitz) January 11, 2016

Some people were into the Globes’s choice to have Evans present Spotlight.

Um, Chris Evans grew up in Boston, so therfore he can present this film? So could 50 million other people #GoldenGlobes — Thomas Riest (@ThomaasC) January 11, 2016

And, most of all, everyone spent a lot of time thinking about the way Evans pronounced things.

Chris Evans speaking in a Boston accent to me until I die — Proma (@promawhatup) January 11, 2016

Chris Evans sounds like he’s spent a shitload of money to get rid of his Boston accent. #GoldenGlobes — erin lynn o’connor (@erinoface) January 11, 2016

Is Chris Evans trying to play up a Boston accent right now? Is that the whole bit? — Sam Power (@write_errant) January 11, 2016

Lesson: If you are painfully handsome and very famous and decide to say one sentence about your hometown, thousands of people are going to comment on it.