In the video, Saladino approaches parents and asks them if their child knows not to talk to strangers. 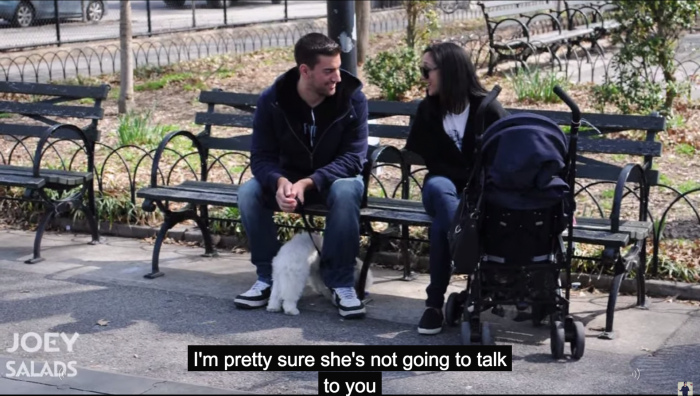 After obtaining their consent, he goes to each child and shows them his puppy, before leading them away to “go see my other puppies.”

Saladino’s video inspired parents to share the video like wildfire, seemingly proving that the world is an unsafe place and children need to be educated.

Here’s one for the parents, it could save your child’s life. Seriously. Please #LookSeeRetweet https://t.co/Ttpk644zVc

This @JoeySalads video might have you hugging your kids tighter..and reminding them what NOT to do. Wow! https://t.co/Oe1KmbxBjd — Madeline Schmitt (@madelinedenise) May 5, 2015

This is both #brilliant & #tragic at the same time! Congrats to @JoeySalads for shedding new light kid vulnerability https://t.co/RFmy9sWq7t

As well-intentioned as Saladino may or may not be, his video distorts the issue of child abduction, while ignoring one of the most crucial facts about it.

The vast majority of child abductions are not done by strangers, but by acquaintances, such as an estranged parent or relative. According to The Washington Post, abductions by strangers or slight acquaintances represents one one-hundredth of 1 percent of all missing children.

Saladino says over 700 children are abducted per day, or 255,000 a year. But the most recent statistics show that 115 children were abducted by strangers over an entire year, a far cry from 700 a day. 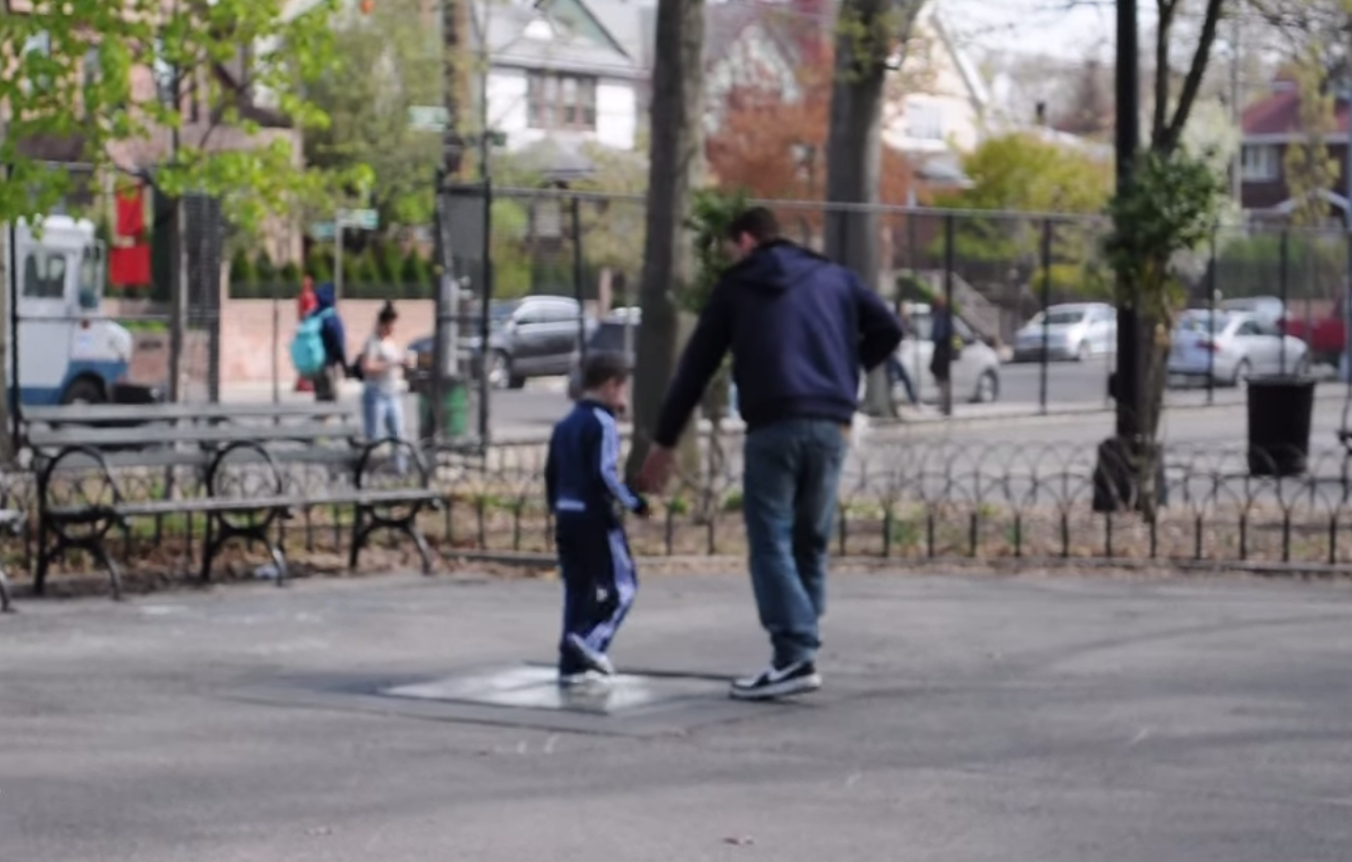 Lenore Skenazy, founder of the Free Range Kids Movement and host of World’s Worst Mom on the Discovery Life Channel, puts the issue in perspective on her website.

“If 700 kids actually were taken by strangers on a daily basis, that would be closing in on 1% of all kids under age 9. So if you sent your kid to a grammar school with 500 kids, by fifth grade your child would have witnessed 25 kids — a classroom full — kidnapped the way they are on Law & Order.”

“But this scary, misleading message just seems to be one that everyone loves to share, as if it’s a public service. As if kids already have way too much unsupervised time outside.”

No one is saying your kids shouldn’t be taught to be cautious around strangers. But Saladino’s experiment only proves that three specific children so young that no reasonable parent would leave them unattended for an extended period of time were susceptible to the allure of a cute puppy.

It’s a story that’s built to be shared on Facebook by concerned moms whose worst fears about their children are confirmed. But Joey Salad’s “social experiment” ignores the reality of the world we live in.

I’m in my mid-twenties, and I’ve been working as a substitute teacher for the last couple years (I joined Teach for America right out of college). I know some of the girls in classes I teach have crushes on me — high schoolers aren’t very subtle — but I brush it off, because I’m not an idiot. Last week, however, I got a disturbing email from a girl in the English class I subbed for. Pictures were attached. You get the gist. What do I do about this situation? I obviously haven’t responded, but I’m afraid she might go Lifetime-movie on me. END_OF_DOCUMENT_TOKEN_TO_BE_REPLACED

Ridiculous doesn’t even begin to capture all that transpired, from the storm of emojis to the storming and barricading of Jordan’s house by a cavalcade of Clippers. END_OF_DOCUMENT_TOKEN_TO_BE_REPLACED

My friend has a dog, and she’s always been kind of half-assed about caring for it. I’ll see her out at a party or a barbeque all day long, so I know the dog is home alone, and sometimes she goes out right after she finishes a shift (she’s a waitress, so that might be pretty late), without even going home to feed the dog or let it out. The other day, though, I went over to her house and realized things have crossed a line. There were piles of dog feces in a couple of corners, and the entryway rug was soaked in urine when we walked in. She laughed it off and called the dog naughty, then cleaned up the poop and basically ignored it. I’m worried about the puppy, and about my friend; what kind of person does that to an animal? Should I call animal control on her? END_OF_DOCUMENT_TOKEN_TO_BE_REPLACED

My friend drives drunk. A lot. And not just “one drink too many” drunk, more like “in obviously rough shape” drunk. It not only makes me scared for her, it makes me angry: She could hurt herself or someone else, and there’s really no excuse in the era of Uber. I’ve tried talking to her about it, but she brushes it off or claims she won’t do it again, but then does, anyway. I’ve been tempted to call the cops on her just to get her to stop doing this. How do I convince her it’s not worth it before something terrible happens?  END_OF_DOCUMENT_TOKEN_TO_BE_REPLACED

Earlier this month, we posted a story about Rob, a man falsely accused of being a sex offender. END_OF_DOCUMENT_TOKEN_TO_BE_REPLACED

It’s also one that the NFL’s report can’t properly answer. Nor can the New York Daily News, despite its screaming front pages. END_OF_DOCUMENT_TOKEN_TO_BE_REPLACED